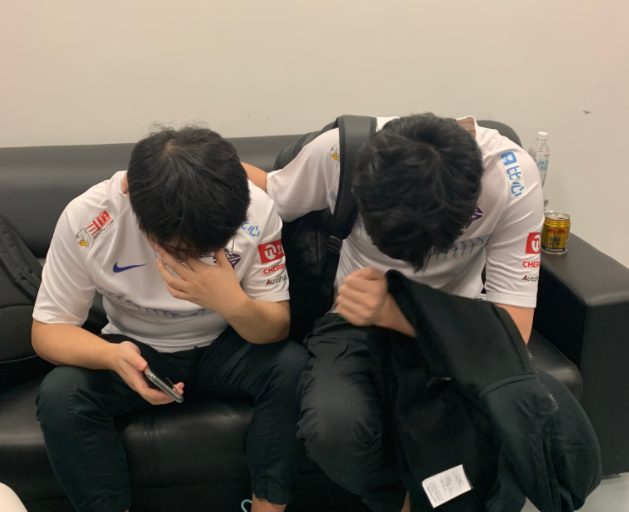 The LoL Pro League (LPL) continues on with week three of the 2020 Summer Split. The jungler for eStar paid a hefty price for a missed smite, while a controversial ruling overshadowed a big upset by Royal Never Give Up. We take a look at where things stand in the LPL by looking at the top storylines so far in China.

Missed Smites happen in League of Legends, even in pro play. Games can change in an instant just based on whichever player wins a Smite fight. That’s part of what makes jungle such a crucial role for a team.

lllllmao😂 Such a funny game. Do you enjoy it? This is #LPL 🤪 pic.twitter.com/iHrWHfkQx0

Unfortunately for eStar, their missed Smite in game one against Bilbili Gaming came in champ select. After warming up with teammates before his match, Yan “Wei” Yang-Wei forgot to switch his summoner spell back to Smite.

Give credit to eStar for trying to make it work. Wei and his bot lane invaded Zhou “l3est16” Zhi-Li’s red buff at level one, helping Wei set him behind. But because Wei doesn’t get full experience without a jungle item, it still didn’t matter. Wei didn’t hit level two until after clearing his second jungle camp, already a level behind even after pulling his teammates to help him.

Wei did pick up First Blood on Hwang “Kingen” Seong-hoon’s Hecarim at six minutes, but even with that additional kill and minion experience, Wei still took ten minutes to hit level six. That would be less of an issue on a champion that has a better early impact on the game, but Graves does not do that. You pick Graves to farm quickly, efficiently, and to scale up into an extra carry late in the game. By forfeiting his ability to pick up a jungle item, Wei essentially invalidated his own champion.

eStar somehow kept the game close, but they couldn’t pull the game off at such a disadvantage. Wei was permanently behind 2+ levels in a matchup he should always be winning, not to mention the problem of never having Smite to secure contested objectives. eStar would go on to lose the game 25 kills to 22 in 33 minutes. Wei finished 2/6/12.

That loss would prove costly as eStar would go on to lose the series 2-1. Yes, the entire course of game one changes if Wei just has Smite, but it’s not hard to see that eStar looked like they would have run away with the opener had they had a jungler.

While eStar’s initial tweet poked fun at the mistake, subsequent tweets turned more serious. eStar followed the series with an announcement that they fined Wei a month’s salary for the incident. eStar also made sure to criticize the coaching team for not catching the mistake as well.

It may seem like a harsh penalty — and it is — but eStar may have felt forced into this kind of action to prevent allegations of match fixing. Remember, the Rogue Warriors jungler Wang “WeiYan” Xiang was banned for two years in 2020 Spring after he was found to have intentions of fixing matches. Common sense says that it would be crazy to attempt to fix a match in such a blatant way, but such mistakes leave room for speculation.

Wei was not suspended for the incident and started both games of eStar’s win over LNG Esports. eStar will face Royal Never Give Up and FunPlus Phoenix in week four.

Royal Never Give Up pulled off a 2-1 upset over JD Gaming to move to 3-1 on the season. Such an upset from a team with such a great following is usually a big enough story on its own, but there was some controversy in how the match unfolded.

Our MVP awards from today’s match go to our bot lane duo of Ming and Betty pic.twitter.com/tDtOA2j7Rf

Zuo “LvMao” Ming-Hao attempted to throw a Thresh lantern to save Zeng “Yagao” Qi from being caught out in game one. LvMao’s lantern instead went into the wall, meaning Yagao could not take it and quickly died. LvMao paused the game, requesting that the LPL officials look into it as a bug.

LPL officials paused the match for over an hour while they investigated. After being unable to reproduce the circumstances that led to the errant lantern, the officials enacted chronobreak to reset the game state before the kill. The RNG staff protested the decision as a user error, but play continued. Armed with better information, Zhang “Zoom” Xing-Ran was able to teleport in immediately and JDG created a more favorable trade in their second attempt.

Though JDG went on to win that game, RNG still closed out the series with a win. Unless a tiebreaker comes down to game differential involving JDG or RNG, the decision shouldn’t end up impacting the playoff race. Still, blame going to LvMao and JDG for the pause is unwarranted. Even if LvMao knew the misplaced lantern was not a bug, it’s still not his fault that the LPL officials decided to chronobreak the game.

Controversy aside, RNG should be happy to celebrate what they could consider to be a 3-0 win over the reigning LPL champions. RNG now move to 3-1 without Jian “Uzi” Zi-Hao. Meanwhile, JD Gaming are now 1-2 through two weeks and in the bottom half of the standings. They’ll have soft matchups against Dominus Esports and Rogue Warriors in week four.

With two more wins this week, there continues to be no doubt that Top Esports is the best team in the world. Top Esports are now 4-0 in the LPL and are the last remaining undefeated team in the league after their 2-0 win over LGD Gaming.

TES responded with back-to-back wins to avoid the upset. Yu “JackeyLove” Wen-Bo and Hung “Karsa” Hao-Hsuan both went 4/1/4 in TES’ 15 kill to 10 game two win, while Zhuo “knight” Ding carried the finale with a 9/2/6 Sylas performance.

After struggling against OMG, TES looked like they could be vulnerable to the 3-0 LGD Gaming. That clearly wasn’t the case, though, in their 2-0 victory. TES overcame Infernal Soul in game one to win a wild 13 kills to 12 game in 44 minutes. They then finished off the series with a quick game two, needing only 29 minutes to prove they belong at the top of the LPL.

Top Esports will try to extend their winning streak against Bilibili Gaming and EDward Gaming in week four.

Top Esports continues to pace the league, but there are a couple of surprises in second place. Both LGD Gaming and Victory Five are standing alongside the LPL giants Invictus Gaming and Royal Never Give Up at 3-1. Suning hold onto the final playoff spot for now at 3-3.

JD Gaming find themselves in unfamiliar territory at the bottom half of the league after a slow start. Rogue Warriors and Dominus Esports are the only remaining winless teams in the league.

Both teams sit at 3-1, but LGD Gaming have had the more impressive start to the season. Not only have they beaten better competition in Victory Five and eStar, their only loss was a competitive series with Top Esports. Fortunately for Invictus Gaming, both Kang “TheShy” Seung-lok and Gao “Ning” Zhen-Ning played much better in week three than in week two. Still, LGD hope this will be a jungle matchup that Han “Peanut” Wang-ho can exploit.

Victory Five are easily the best story of the LPL so far, turning around their winless Spring with a 3-1 start to Summer. However, Royal Never Give Up deserve some credit for their upset of JD Gaming. RNG continued to start Lu “Betty” Yu-Hung after signing Chen “GALA” Wei last week, but it’s possible we could see a new starting ADC as GALA gets more practice time with his new team.