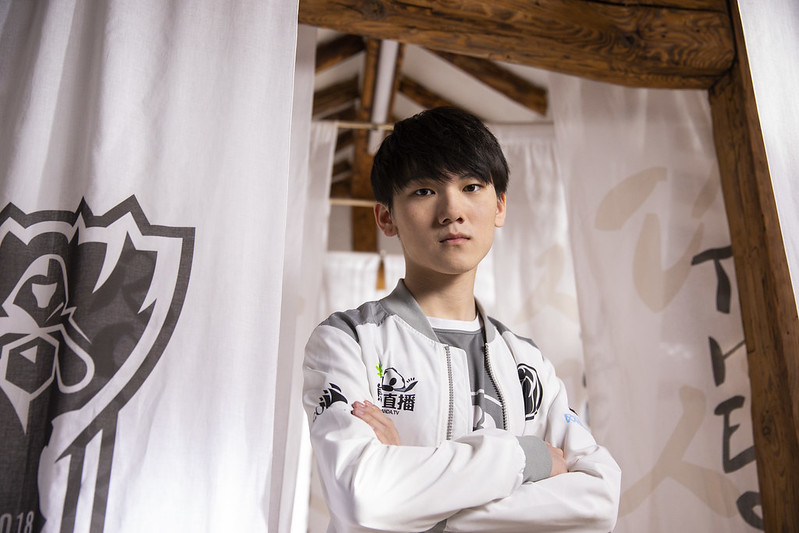 The LoL Pro League (LPL) 2020 Spring Split has come to a close. Top Esports beat FunPlus Phoenix to make a run to the third seed, while Invictus Gaming and JD Gaming both secured double-byes heading into the playoffs. We take a look at where things stand in the LPL by looking at the top story lines so far in China.

Top Esports have had an up-and-down run through the Spring Split. After picking up Hung “Karsa” Hau-Hsuan in the off-season, Top Esports went just 3-3 to open the season. Things looked up after a 3-0 (6-0 game record) week four, but TES then went 2-2 in weeks five and six to set up a pivotal week seven. After a freebie against Victory Five, TES had to face eStar and FunPlus Phoenix to close the season.

Fortunately, they would have an ace up their sleeve in Yu “JackeyLove” Wen-Bo’s availability. JackeyLove joined the TES organization on April 3rd, but he was not able to make his debut until their April 13th series against Victory Five. His impact in only three matches has been nothing short of remarkable.

Individually, JackeyLove didn’t even get off to the best start against Victory Five. Across both wins, JackeyLove finished only a combined 7/11/23 against one of the worst teams in LPL history. V5 played very cheesy bot lanes like Pantheon and Bard, but you wouldn’t look at his individual play in those games and think he had transformed TES.

Where it became noticeable was in their second series against eStar. Even trending downward to end the season, eStar are one of the more formidable teams in the LPL. But TES more than doubled them up in both contests, winning 19 kills to 9 in game one and 25 to 12 in game two. Karsa, who looked like a shell of himself in the first three-quarters of the season, had one of his better series, going 5/4/29 in two Trundle games.

TES then became the first team in history to 2-0 the FunPlus Phoenix with their 2019 World Championship starting roster. TES won the first game in 54 minutes despite being down 22 kills to 23, climbing back from a 5k gold deficit. They then controlled game two for an easy 12 kill to 2 win in 32 minutes.JackeyLove was named game two MVP after going 4/0/5 on Aphelios and dealing a game-high 17.8k damage.

TES haven’t just been better mechanically with JackeyLove, though he has clearly outperformed Ying “Photic” Qi-Shen in limited action. More importantly, the team has communicated much better. JackeyLove is a shot caller, and that is something TES have been missing for a long time. Karsa was brought in to be a veteran influence and upgrade, but he’s never been asked to make the primary decisions with the team. His play clearly suffered under the additional weight this season.

Now, Karsa is playing freer than ever and TES have direction in game. It’s not a stretch to say that JackeyLove’s mid-season addition could change the entire course of Top Esports’ entire 2020 year. With those three wins to close the season, TES not only secured a playoff spot, but they snuck into the top four with their tiebreaker over eStar. That earned them an important round 1 bye in the playoffs. They will open against the winner between eStar and Team WE.

3-0 weeks from Invictus Gaming and JD Gaming were enough to earn them the top two seeds heading into the LPL playoffs. Both receive a double-bye into the semifinals.

Another great comeback victory to close our #LPL2020 Spring regular! Securing the Top 1 of the leaderboard with 14W-2L!

It's playoffs time next! And we will as always, keep fighting!

Though iG ended up with a two match cushion over second place, they didn’t know that would be the case as they ripped off three more wins. They started with a 2-1 win over the eighth seeded Team WE, followed by a 2-0 win over the sixth seeded EDward Gaming. iG then lost game one to the 15th place LNG Esports, before regrouping and guaranteeing themselves the number one overall seed.

JD Gaming also needed to be perfect in their final week to secure the second seed. They capitalized on their easy schedule with quick 2-0 sweeps of Rogue Warriors, Dominus Esports, and LGD Gaming. FPX’s final 0-2 loss to TES bumped JDG from the third seed into a double-bye. Though they finished with the same match record (12-4), JD Gaming (26-10) beat FPX (27-13) on game record.

With how stacked the LPL is going into playoffs, earning what are essentially free wins in the playoffs is crucial. Teams like eStar, EDward Gaming, and Royal Never Give Up are all playing in round one. Round 2 has the 2019 World Champions FPX and the aforementioned JackeyLove-led TES. You may have to beat the best to win the title, but it’s always nice to have to play fewer matches to do so.

JD Gaming enter the playoffs as one of the hottest teams in the LPL. Invictus Gaming will go down as the most consistent team over the course of the entire regular season. Their semifinal matches will take place on Sunday, April 26th and Monday, April 27th.

The middle of the LPL was bunched up to close the season, but Royal Never Give Up and Team WE survived to advance to the playoffs. Both finished 8-8, just a match ahead of five other teams: Vici Gaming, Bilibili Gaming, Suning, Oh My God, and Rogue Warriors.

That ends our regular season. GGWP to Suning. We know we are not performing as well as our fans expect and we will keep learning and working hard with your support. pic.twitter.com/IczYdNjN0G

RNG did just enough in their win over LNG Esports to clinch their playoff spot. After that 2-0 win, RNG went on to lose 0-2 to Dominus Esports and 1-2 to Suning. With no news that Jian “Uzi” Zi-Hao is close to returning, it’s hard to be optimistic about their odds heading into the playoffs. They’ll open against EDward Gaming.

Team WE looked like they may have played their way out of the playoffs after losing 1-2 to Invictus Gaming and 1-2 to LNG Esports, but they came back to win 2-1 against EDward Gaming before a final showdown with Oh My God. Both teams were 7-8, winner advanced to the playoffs.

A PERFECT GAME AND @TeamWE ARE IN PLAYOFFS! #LPL pic.twitter.com/Lv978f5YeA

OMG took the first game of the series, but Team WE came back with a vengeance. A 28 kill to 3 win in game two led to a winner-take-all game three. As if to leave no doubt, Team WE completed a perfect game in their regular season finale. They picked up 12 kills, 9 turrets, 4 dragons, and 1 Baron without giving anything in return to OMG. Jiang “beishang” Zhi-Peng’s Jarvan IV finished 1/0/11 to have perfect kill participation. Team WE may not make a deep run, but they can be proud of making it into the playoffs.

But no team in LPL history had ever gone winless over the entire season. Until now. Victory Five completed the worst season in LPL history by losing 0-2 to Top Esports, Bilibili Gaming, and Vici Gaming to end the split 0-16.

Not only did Victory Five not win a match, they only won one single game the entire split. Their 1-32 game record (3% win rate) is also the worst in LPL history, as is their 23 game losing streak.

Their team did have roster issues related to the coronavirus pandemic, but there really isn’t any way to spin this season positively for the coaching staff or players. The organization will surely be looking to revamp their roster for the Summer Split in hopes of finding someone to build around for 2021.

The LPL playoffs kick off on Wednesday, April 22nd with Round 1. Team WE against eStar opens the tournament, immediately followed by EDward Gaming versus Royal Never Give Up on Thursday, April 23rd.