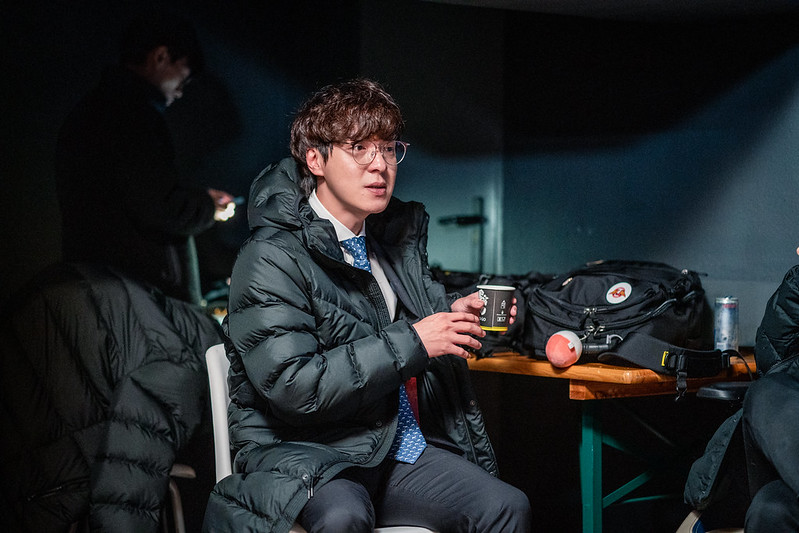 We’ve wrapped up week five of the LoL Pro League (LPL) 2020 Spring Split. Vici Gaming picked up two more wins to more than double their win total from the last split. Meanwhile, eStar had their first disappointing week as a team in the LPL, dropping both of their matches. We take a look at where things stand in the LPL by looking at the top story lines so far in China.

Vici Gaming have not been a good team in recent years. Since rejoining the LPL in 2018, their regular season finishes have been: 2-17, 2-17, 2-13, and 2-13. Seemingly stuck in a permanent rebuild, Vici Gaming also saw the best part of their team — ADC Ding “Puff” Wang and support Su “Southwind” Zhi-Lin — leave for Invictus Gaming in the off-season.

Despite the loss of their two best players and their bleak recent history, there was still optimism surrounding VG heading into 2020. The reason? They lured away long-time SK Telecom T1 head coach Kim “kkOma” Jeong-gyun to take over the roster. No matter who VG brought in, kkOma would give them and the team instant credibility.

To the organization’s credit, they brought in some young and talented players who wouldn’t break the bank as the team tries to build their way back up. Deng “Forge” Jie looked great in his debut with Invictus Gaming last year and was ready for a starting role in the LPL. Hu “iBoy” Xian-Zhao’s time with EDward Gaming had run its course, but he’s always been one of the most mechanically gifted ADCs in his time in the league.

Vici Gaming started the season slowly, as expected. They lost five of their first six games, even if they were playing some of the better teams in the league. But since that loss to Top Esports in week three, Vici Gaming won four of their next five, including wins over LNG Esports and eStar in week five.

Vici Gaming dropped game one to LNG Esports before coming back to win the next two. Game two was a total stomp in VG’s favor, as they led 24 kills to four in 30 minutes. Both iBoy’s Kai’Sa (8/0/9) and Li “Aix” Yang’s Olaf (8/0/10) went deathless in the win. VG continued to shut down Li “Flandre” Xuan-Jun in game three (2/6/3) to target LNG’s best win condition. They took game three 14 kills to six in 32 minutes.

More impressive, though, was Vici Gaming handing eStar their second loss of the season. Nothing separated the two teams in kills in the first two games. Vici Gaming won game one at 18 kills apiece, while eStar won game two at 17 kills apiece. That made way for a decisive game three.

Vici Gaming routed the young stars 19 kills to five in the deciding game. Forge had one of his best games of the season on Leblanc, going 5/0/6 into Yuan “Cryin” Cheng-Wei’s Corki. Aix had another high pressure Olaf game, participating in 12 of VG’s 19 kills without conceding a death (2/0/10). VG again held the opponent’s stars in check, holding Cryin and Zhang “Wink” Rui to a combined 0/7/6 score.

You wouldn’t confuse Vici Gaming with a top team in the LPL, but they’ve already picked up more wins than they did in 2019 Spring and Summer combined. They are getting better as the season goes along, a sign of a good team. They’ll get a chance to prove how good when they take on FunPlus Phoenix in week six.

Another 3-0 week for eStar had them alone in first place in the LPL, but a 0-2 followup in week five shows they still have some work left to be considered the best team in the league.

The first was their aforementioned loss to Vici Gaming. Though VG are definitely exceeding expectations this split, it’s still a series that eStar will leave regretting. They eschewed their typical tank pick for Yang “Xiaobai” Zhong-He in game three, giving him Sett into the newly reworked Wukong. That didn’t go well, as Dai “Cube” Yi carved him up. Xiaobai also strangely built Black Cleaver into a matchup he wouldn’t be able to proc it often in.

The VG series was close, but the Royal Never Give Up series was not. RNG opened game one by picking for lane dominance all over the map. Renekton, Elise, Syndra, Miss Fortune, and Nautilus all had priority on their counterparts, leaving eStar struggling to keep up with RNG’s tempo. eStar had a better late game team fight if they could ever get there, but drafting into losing matchups across the board is always a recipe for disaster. RNG cruised to a 14 kill to 5 win in 31 minutes. Lu “Betty” Yu-Hung finished 5/0/8 on Miss Fortune.

You would assume eStar would regroup, discuss what went right and wrong in the draft phase, and make adjustments. That was not the case. eStar were so confident in their game one draft that they drafted the exact same composition in game two. Every single champion in every single role was the same on both teams for both games.

Second 2-0 of the night goes to the LoL team, who fought against some of our old brothers in @eStarLOL. GG! pic.twitter.com/LoKiBFxBrE

In a shocking turn of events, eStar lost game two even harder than game one. Li “XLB” Xiao-Long once again had the run of the map, this time (3/0/6) participating in 9 of RNG’s 10 kills. Xioaboi got shoved in on Wukong, Cryin’s Kassadin never got to play the game, and eStar truly looked like a group of rookies for the first time.

The good news is that one bad series, and one week of bad play, is a small sample size in an otherwise fantastic debut split. For whatever reason, they just got away from what made them successful in the first four weeks of the season. This is where it’s important for a good coaching staff to help the team reset, regroup, and come out strong for week six. eStar get matches against JD Gaming and Team WE.

It only took Invictus Gaming one week to reclaim first place after eStar upset them in week four. That loss was also enough to promote jungler Lu “Leyan” Jue into the starting lineup over Gao “Ning” Zhen-Ning. The former world champions beat Oh My God, Victory Five, and Royal Never Give Up to improve to 10-1 on the season.

Oh My God were the first victims of the week. Song “Rookie” Eui-jin had been trying to get Neeko to work all season, but it definitely did in game one. Rookie went 9/1/7 and picked up a pentakill in iG’s 20 kills to 9 win. He then followed it up with a 10/1/7 Leblanc game, allowing Kang “TheShy” Seung-lok to slack off with a 0/4/4 Aatrox game.

Puff and Southwind showed they know both sides of the Senna matchup in their series against Victory Five. The duo picked it for themselves in game one, pairing her with Braum. They combined to go 8/2/15 in iG’s 14 kills to 5 win. V5 picked in game two, but that was no problem. Puff took Aphelios and popped off, going 13/0/4 and picking up almost half of iG’s 28 kills. V5’s bot lane combined to go 2/10/13 in the loss.

RNG put up the best fight against iG, including winning game one. Li “Xiaohu” Yuan-Hao had one of his best performances (8/3/12) of the season, but Xie “Langx” Zhen-Ying’s Ornn really carried it for RNG. TheShy had his first huge carry performance of the week in game two, making a beautiful Vayne teleport flank to turn the game around for iG. He finished 7/2/4 to set up a game three. Leyan showed why he’s the new starting jungler with a powerful 5/2/7 Trundle performance to give iG the series win in game three. iG conceded zero turrets in their 27 minute win.

Now 1.5 wins up on FunPlusPhoenix and two wins up on eStar, iG are again the clear leaders of the league. They will face tough tests against JD Gaming and Bilibili Gaming in week six.

This is a rematch of the 2019 LPL Spring Playoff Finals. Invictus Gaming are the clear leader of the LPL heading into week six. However, JD Gaming have quietly moved to 7-4 on the season and just got back top laner Zhang “Zoom” Xing-Ran in their match against LNG Esports. With Zoom, the focus for JDG goes straight back to the top lane and his matchup against TheShy. Seo “Kanavi” Jin-hyeok has overtaken Kim “Doinb” Tae-sang for the most game MVPs so far this season.

EDward Gaming, like JD Gaming, have had a quietly solid season at 7-4. This is also without Zhao “Jiejie” Li-Jie, who has only recently returned to the team. FunPlus Phoenix are all the way back from their weird 0-2 start to the season. That includes getting Kim “Khan” Dong-ha back into the starting lineup against Victory Five. Though it may seem like a formality, it was important for FPX to pick up a win with their new preferred starting lineup. It will be interesting to see if he or Kim “GimGoon” Han-saem gets the game one start in this important match for playoff seeding.