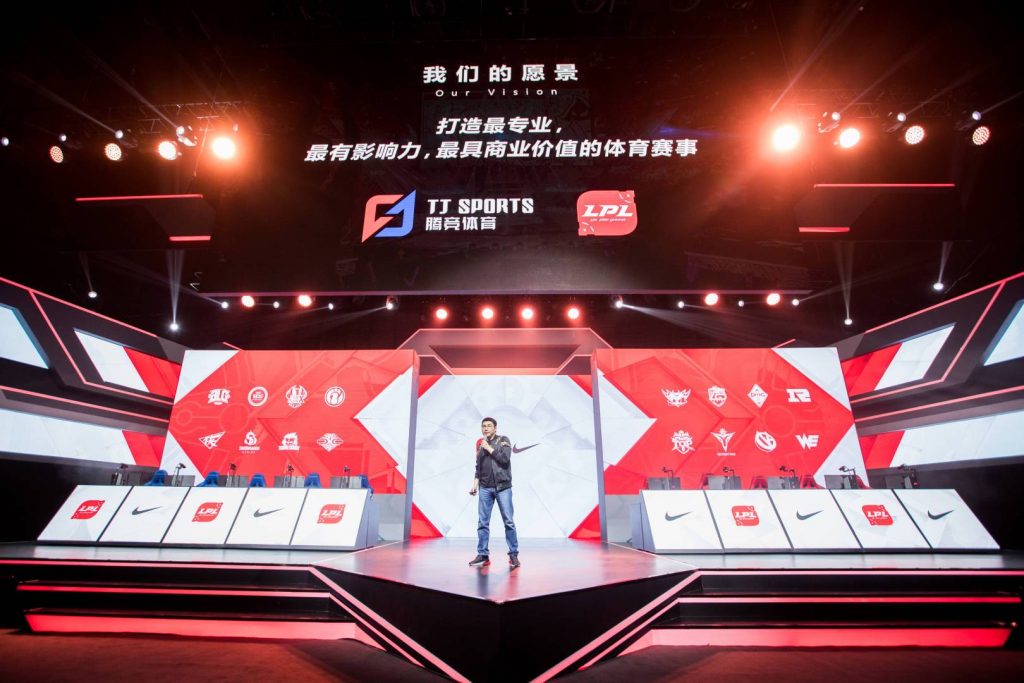 With nine weeks are down in the 2019 LPL Spring Split; Team We, SinoDragon, and Bilibili Gaming are fighting for the last three playoff spots.

Nine weeks are down in the 2019 LPL Spring Split. FunPlus Phoenix have secured the top spot, while JD Gaming, Team We, SinoDragon, and Bilibili Gaming are fighting for the last three playoff spots. We look back at the match results, top story-lines, best plays, and standout individual performances from the past week in China.

Despite an early Sejuani gank bot by Xiong “Xx” Yu-Long in game 1, Jin “Mystic” Seong-jun and Lou “Missing” Yun-Feng were smashing the bot lane matchup. Mystic already had a 62-to-32 CS lead as Vayne at only 7:30 minutes.

Unfortunately for Team WE, Topsports Gaming owned control of the drakes and were able to pick up three consecutive mountains. This was game-changing for two reasons. First, it meant that Kim “Poss” Min-cheol’s Yorick could never split push, as Topsports could siege hard as five in his absence. Even more importantly, it gave Topsports immense Baron pressure immediately. Team WE could never stray far from Baron because Topsports could rush it down in an instant.

Topsports tried to do that at 24 minutes but were thwarted by Team WE. WE picked up three kills by forcing before Topsports could finish Baron and were then able to pick it up for themselves. That take evened up the gold at 42k apiece and gave Team WE the pressure advantage with Baron buff.

Team WE were able to take three turrets and a 3k gold lead from the buff. But disaster struck at 32 minutes when they committed to taking infernal drake. Topsports Gaming instantly started Baron, using Bai “369” Jia-Hao’s teleport with no hesitation and burned Baron down before Team WE could cross the map.

The final big fight of the game came around Elder Drake at 37 minutes. Xx secured the smite over Jiang “beishang” Zhi-Peng’s Olaf and Topsports walked it into Team WE’s base for the win.

It was a great utilization of their three mountain drakes from Topsports Gaming, but another takeaway is that Team WE had control of this game if Topsports Gaming had rolled any other set of dragons. They out-team fought, had split push pressure advantage, and wrestled control of the game until their ill-fated dragon take.

That viewpoint showed itself through the rest of the series. Team WE made back-to-back statement wins against a top LPL contender.

The bot lane difference continued to be huge for Team WE in game 2. Xx tried to gank bot to help Lee “LokeN” Dong-wook and Nam “Ben” Dong-hyun, but Mystic and Missing turned it around to pick up two kills on Lucian.

With the huge bot lane lead, Team WE controlled the subsequent drakes and pushed their advantage. Beishang secured Baron at 21 minutes for WE and WE took the fight afterward 4-kills-to-3. With two fire drakes and a mountain, WE never relented their control of the map and cruised to an 18-kills-to-12 win in 35 minutes.

Team WE was now firmly in their comfort zone and smashed game 3. Su “xiye” Han-Wei’s Corki popped off to the tune of 11/1/2, participating in 13 of 14 kills. Mystic played more of a supportive role on Ezreal this time, finishing 0/0/11. Topsports Gaming managed only one turret in the final game of the series.

Team WE then started off their series against Vici Gaming with their traditional game 1 loss. Xia “Chelizi” Han-Xi’s Yorick had his way with Poss’s Jax to power Vici to their game 1 win.

They took 40 minutes, but they were able to get the job done despite a 9-kills-to-12 deficit.

Team WE absolutely slaughtered game 2. They controlled the early drakes and were rewarded with triple infernals on mid-game spiking champions Kennen, Lissandra, and Caitlyn. Vici Gaming had no choice but to roll over as they scaling Sion and Vladimir picks never had a chance to make it to their items. Team WE needed only six kills in 22:45 to close out game 2.

Game 3 was the bloodiest of the series, but Team WE controlled it throughout. They held Vici Gaming to no objectives, despite giving up 13 kills in the 30-minute win. Mystic once again highlighted the win with a 12/4/9 performance on Varus. Missing was outstanding as well, finishing 5/2/18 on Morgana for 23 of 25 kill participation.

Even though they have been dropping games in their recent series, nobody will want to face Team WE come playoff time. They have games against Rogue Warriors and JD Gaming in week 10 to secure their spot.

It’s been an up-and-down year for EDward Gaming, but the latest ups have been enough to secure their playoff spot.

EDG bounced back to beat fellow playoff contender Bilibili Gaming 2-1 after getting crushed in game 1. Jeon “Ray” Ji-won showcased some versatility, always a knock on his game, in winning on both Ornn (2/2/7) and Urgot (5/1/2) in the series. Ming “Clearlove” Kai replaced Chen “Haro” Wen-Lin and gave EDG more direction in their final two games to complete the comeback.

EDward Gaming then reminded Topsports Gaming who the original laning phase gods are in the LPL. EDG swept Topsports Gaming 2-0 with total kill counts of 14-to-1 and 13-to-4. 369 got mercilessly picked on top, finishing 0/6/0 and 1/4/0. Bot lane continued to be a problem for Topsports Gaming as well, as Hu “iBoy” Xian-Zhao and Tian “Meiko” Ye outclassed LokeN and Ben.

EDward Gaming won’t be one of the favorites heading into the LPL playoffs, but they’re as dangerous as anyone. Their pure laning prowess is a threat to any team. You don’t have to have crisp map play if you can destroy your matchups hard enough. That was the formula that got EDG to Worlds last year and will be the plan to make a run in the LPL Spring Split Playoffs.

BATTLE FOR The LPL PLAYOFFS

JD Gaming and Team WE meet in the final game of the regular season with huge implications. If Team WE can beat Rogue Warriors, they’re in with a win. With JD Gaming’s upset loss to LGD Gaming, they need a win if all goes well for Team WE, SinoDragon Gaming, and Bilibili Gaming.

Bilibili Gaming closes with a tough matchup against Topsports Gaming, though Topsports have been struggling of late. SinoDragon Gaming have a matchup with the disappointing Suning roster that are out of the playoff picture.

As hot as Team WE have been, it’s important to note how poor their game record (16-15) is compared to the rest of the field. If they don’t continue their advantage in match record, they would be left on the outside looking in despite their hot streak to close the season.

PLAYER OF THE WEEK: CLEARLOVE

Four games for Clearlove this week and four wins for EDward Gaming. His knowledge and ability to support his strong laners makes him a great fit in the starting lineup at this point in his career.

Clearlove finished this week with a 6/4/25 combined K/D/A, making sure to facilitate his team versus looking to carry himself. His 0/0/13 performance on Jarvan IV in game 1 against Topsports Gaming was his best of the week. Clearlove participated in 13 of EDG’s 14 kills.

Clearlove now leads LPL junglers in KDA at 4.46 on the season. That is almost a kill and a half higher per death than Haro’s 3.32 mark. Expect EDG to ride Clearlove into the playoffs and see how far he and his team can take EDG.