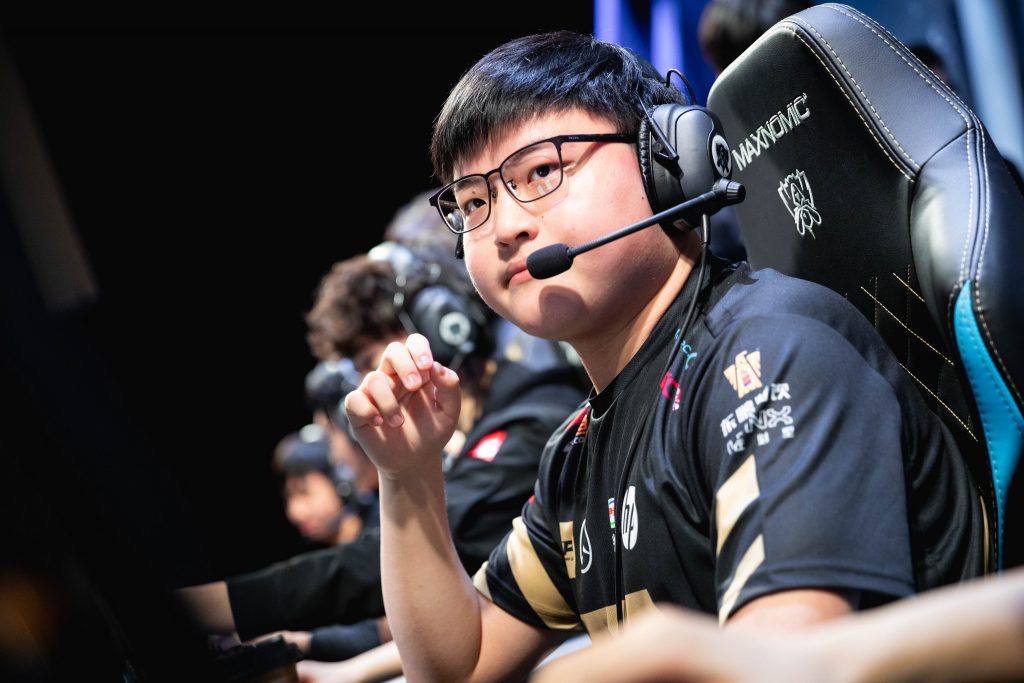 FunPlus Phoenix's undefeated streak came to an end at the hands of RNG. (Photo courtesy of Riot Games)

Seven weeks are down in the 2019 LPL Spring Split. FunPlus Phoenix now find themselves in a tie with Topsports Gaming for the top spot, while LGD Gaming are looking to climb out of last place. We take a look back at the match results, top storylines, best plays, and standout individual performances from the past week in China.

FunPlus Phoenix were untouchable for the first six weeks of the LPL. Suning, JD Gaming, and defending world champions Invictus Gaming were among their victims on their start to 8-0.

That perfect record came to a crashing halt this week against challengers Royal Never Give Up and Topsports Gaming.

Things didn’t look any different for FPX in their first game against RNG. Doinb piloted his patented Righteous Glory Ryze build to start fights for the team, allowing his teammates GimGoon and Lwx to output the damage. That they did, as GimGoon’s Vladimir finished the game 6/0/5 and Lwx’s Varus finishing 5/1/8.

The cracks started to show for FPX in Game 2. A good four-man dive bot put FPX ahead early, but the duo of Karsa and Xiaohu were able to keep Doinb in check after his two early kills. FPX again drafted a late game carry for GimGoon, but Gangplank wasn’t able to heavily punish AmazingJ’s Poppy in lane.

FPX were able to take the first infernal spawn with their early bot lane control, but RNG were ready to contest the 2nd at 21:30. The combo of AmazingJ’s Poppy and Xiaohu’s Lissandra were able to catch out Doinb’s Corki immediately, allowing RNG to run over FPX in the fight. RNG took that fight three kills to none and secured the infernal drake to even it up.

Just prior to 29 minutes, FPX tried to force Baron after a kill on Xiaohu. RNG responded with a great Poppy ult from AmazingJ to separate the team and pick up a kill on Alistar. Tian secured Baron for FPX, but Xiaohu respawned with a teleport flank to round up the rest of FPX. RNG aced them five kills to 0, negating the Baron and allowing them to find the Game 2 win.

For the first time all season, FPX were not able to pull it out in Game 3. Xiaohu and Karsa won the early 2v2 against Tian and Doinb, attacking the strength of FPX. Xiaohu then picked up a solo kill on MVP candidate Doinb at six minutes, shutting down his early season detractors.

RNG were always in control of Game 3, taking the early lead they gained around mid and expanding it through the mid game. With FPX unable to shut down RNG’s bot lane by early pressure for the first time in the series, we finally got to see Uzi make an impact. His Kai’Sa finished 4/0/7 to send FPX home with their first series loss of 2019.

But that wasn’t the only painful loss for FPX in Week 7. One series later they fell to Topsports Gaming, and with it, lost control of 1st place in the LPL.

An early four-man dive bot put Topsports Gaming ahead early in Game 2, but FPX returned the favor minutes later. The noticeable difference in this one was the activity of Knight’s Leblanc. He finished the first game 1/0/4, but was matched in his early movements by Doinb. This time, Doinb was left hitting mid turret while Knight got active on the map for TOP.

TOP transitioned their early lead into two mountain drake pickups, giving them the tools to threaten neutral objectives and turrets to force fights. With the gold lead, they won the few contests that followed en route to a 10-kills-to-3 win in 33 minutes. Knight once again finished deathless on Leblanc at 3/0/5, while LokeN’s Kalista slashed 5/0/3.

FPX drafted for the early game in the deciding Game 3 of this series. Jayce and Urgot for solo lanes, Elise for early pressure from jungle, and Lucian/Braum for the most dominant bot lane. It looked good early, as they picked up a double kill for a 1.5k gold lead seven minutes into the game.

But Topsports were able to weather the early storm. FPX tried to finish mid turret at 17 minutes, but TOP forced them to fight for it. Though Doinb did eventually finish it, TOP picked up four kills for no casualties and were able to pick up a mid turret for themselves.

That influx of gold kept TOP competitive in gold, and with scaling on their side, they dominated the game going forward. 369 got enough gold that his Irelia could now solo GimGoon’s Jayce in the side lane, and TOP had a better team fighting composition. With nothing to show for their early game comp, FPX fell for the second time in the week.

Bilibili Gaming passed another test in Week 7 by beating Vici Gaming and Suning in 2-0 sweeps.

They won their first game against VG despite an uncharacteristically weak performance from ADD. His Jayce finished only 1/2/2, but Kuro and crew picked him up. Metoer’s 2/1/12 score on Jarvan IV gave him 14 of 15 kill participation in BLG’s win. Their second win was more straightforward, as BLG’s carries died only three times. ADD bounced back with a 2/0/9 game on Kled, Metoer lit it up at 5/0/9 on Nocturne, and Kuro scored 6/1/4 on Akali.

Suning are still in free fall, but it was important for BLG to prove they could win against them. They did that and more, crushing the first game of the series 14-kills-to-2. ADD, Metoer, Kuro, and Jinjiao all finished Game 1 deathless.

Team WE are looking more formidable by the week, but BLG’s true test next week will be against Royal Never Give Up. A win against them would put them in position to take a run at the number 1 seed in the LPL.

TheShy with Another Highlight Reel Play

TheShy had an impressive outplay last week as Sion against Ezreal, but his play this week may have been even more eye-opening. Most top laners would retreat against a three-man gank, but not TheShy:

A flash forward and a little help from a missed Alistar combo from Missing gave TheShy enough room to pick up a double kill. Leave it to him to figure out a way to make Vladimir look like a mechanically skilled champion.

Player of the Week: Imp

We left Imp for dead earlier in the season. He was playing very poorly and, in our opinion, was being outplayed by Bvoy. JD Gaming agreed, playing Bvoy against Invictus Gaming and giving him the Game 1 start against Topsports Gaming. But Imp has come back with a vengeance.

His latest victim was SinoDragon Gaming. Imps 1/1/7 score on Kai’Sa may not be sexy, but he and Lvmao played well in the win.

Game 2 was the vintage Imp performance. Playing Vayne, he demolished SDG, finishing 11/1/7. This wasn’t a case of a total team stomp where Imp just picked up the kills either. The game finished 21 kills to 15 and JD Gaming only had a six kill advantage when they finished SDG’s Nexus.

Imp still hasn’t had one of his better seasons, but he is on a rampage in the past couple of weeks. Paired with Yagao and Zoom, the thought of an in-form Imp is terrifying for the rest of the LPL. When clicking on all cylinders, Imp and JD Gaming can beat any team in the world.