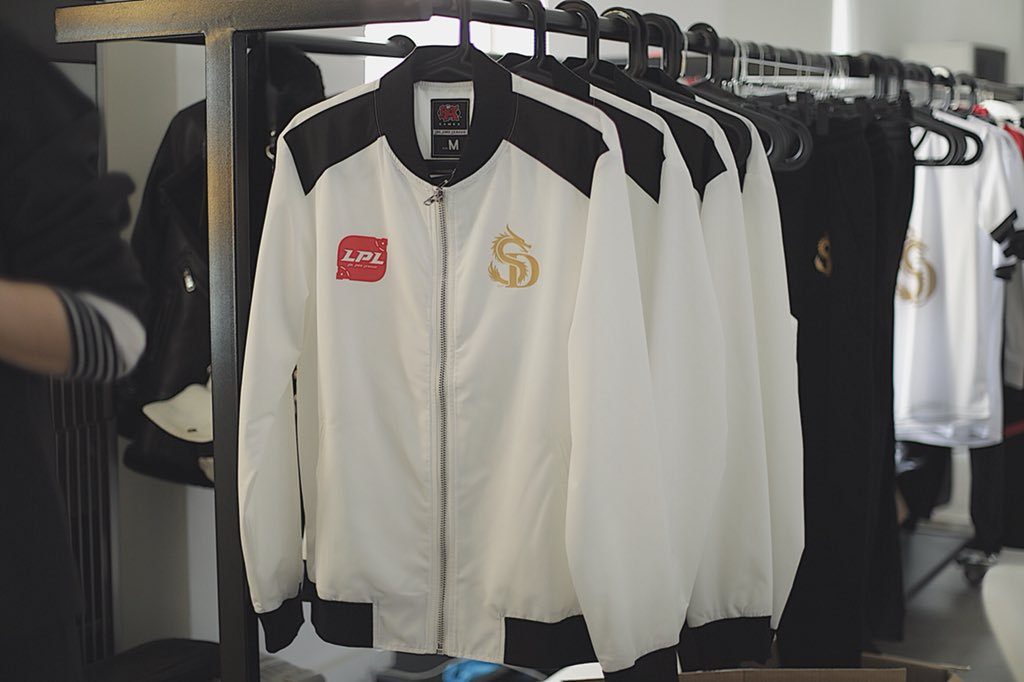 The regular season has concluded in the 2019 LPL Spring Split. Team WE, SinoDragon Gaming and JD Gaming secured the final three playoff spots while Bilibili Gaming fell just short. We look back at the match results, top storylines, best plays and standout individual performances from the past week in China.

SinoDragon Gaming left no doubt of their inclusion in the 2019 playoffs with emphatic sweeps over Royal Never Give Up and Suning to close the season.

Royal Never Give Up and SinoDragon traded kills in the early game of the series’ opener. SDG were active in playing around Jiang “Changhong” Chang-Hong’s Sion, bringing him mid to force skirmishes and using Wang “Xiaopeng” Peng’s Lee Sin to trail him in the side lanes.

Jian “Uzi” Zi-Hao’s Vayne made things difficult in the mid-game for SinoDragon. SDG thought they caught Uzi out in mid lane, but Shi “Ming” Sen-Ming’s Tahm Kench bought Uzi just enough time to live until Liu “Zz1tai” Zhi-Hao’s Kayle arrived with his ultimate. Uzi then was able to recall and teleport back to the fight and pick up another two kills. Suddenly Uzi was 6/0/1 on Vayne and RNG had a 2k gold lead at 24 minutes.

Royal Never Give Up started Baron at 24 minutes after finding a pick on Ling “Mark” Xu. RNG peeled off despite their double mountain drakes and engaged a fight on SinoDragon. That was a mistake. Huang “Twila” Ting-Wei’s Corki delivered the perfect Package across the entire RNG team to score a triple kill and an ace for SDG. That earned SDG Baron and catapulted them back ahead in gold.

A Baron start at 32 minutes resulted in another ace for SinoDragon. The double marksmen damage from Twila’s Corki and Chen “GALA” Wei’s Kai’Sa mixed with the tankiness of Mark’s Galio and Changhong’s Sion gave SDG the edge in team fights late in the game.

Royal Never Give Up made their final stand at their bot inhibitor at 35 minutes, but Twila was just dealing too much damage. He earned a quadra kill this time as SinoDragon finished the Nexus for the Game One win. They took it at 35:30, and they led 23 kills to 13.

The two teams followed up their 36-kills-in-36-minutes performance with a 38-kills-in-38-minutes game.

A 5v5 fight bot at 17 minutes was decidedly in favor of Royal Never Give Up. They won so hard they ended up between the SinoDragon bot turrets and still won the fight three kills to one. Xiaohu’s Zoe was now 4/0/1 and looking scary.

Royal Never Give Up may have gotten too much confidence from that dive. They tried another in the mid lane a minute later and were punished. Twila’s Lissandra had a great teleport flank, and RNG were rounded up easily. SinoDragon picked up three kills for none and took back the gold lead.

SinoDragon picked up Baron at 28 minutes after they ran Royal Never Give Up down mid. Once again SinoDragon had the composition that was better able to group, while RNG needed to find picks or pressure side lanes to compete in the late game.

SinoDragon closed the game, and series, out by just grouping and forcing Royal Never Give Up into fights RNG couldn’t take. Twila’s Kai’Sa was the MVP, finishing 9/1/11 while dealing 31.7k damage to RNG.

Needing one last victory to secure their playoff spot, SinoDragon took care of Suning with ease. Game One was an absolute stomp. SDG led fifteen kills to five, eleven turrets to zero, five drakes to zero and won in just over 33 minutes. Xiaopeng’s Nidalee finished a perfect 7/0/2 in a dominant performance.

SinoDragon had hiccups in Game Two, but GALA was more than up to carrying SDG to victory. Check out his 1v3 in his own bot jungle:

Bilibili Gaming needed to win both series against the top two teams to make the LPL playoffs. They held on to beat reigning world champions Invictus Gaming, but fell just short against Topsports Gaming to finish ninth.

Lee “Kuro” Seo-haeng and Xie “Jinjiao” Jin-Shan powered Bilibili past Invictus Gaming in Game One. Kuro’s Zoe finished 10/1/12 and Jinjiao’s Vayne finished 9/2/7 in the tense, 49-minute affair. Ultimately, the scaling of Bilibili’s composition prevailed to give them the early lead.

Invictus Gaming quickly rallied to take Game Two. Song “Rookie” Eui-jin’s Syndra was picked on, but Yu “JackeyLove” Wen-Bo’s Vayne picked up the slack in a 10/4/7 performance. Kang “TheShy” Seung-lok opted to stay with an on-hit top laner, this time taking Neeko instead of Kennen. IG closed it out in only 26 minutes.

With their playoff hopes on the line, Bilibili Gaming crushed Invictus Gaming in Game Three. Jinjiao once again popped off, going 9/0/6 on Kog’Maw to keep their season alive. Kang “ADD” Geon-mo took the on-hit top laner this time, finishing 4/3/13 on Kennen while holding TheShy to a 1/6/2 score. Bilibili won the game 22 kills to 6, conceding only two turrets and a drake in 35 efficient minutes.

Now the Topsports Gaming series is where Bilibili will kick themselves all off-season. They were one auto attack away from ending Game One with a win:

Bilibili Gaming were in position to punch their playoff ticket in Game Three. They had an 8k gold lead at 44 minutes. Kuro’s Leblanc and Jinjiao’s Kog’Maw were full build. They had the superior late-game composition with ADD’s Gangplank, Zeng “Metoer” Guo-Hao’s Zac, and Peng “Mni” Fang’s Tahm Kench. Everything looked perfect.

Metoer used his Elastic Slingshot to engage mid on the three-man squad of Topsports Gaming. A clutch Black Shield by Zhuo “Knight” Ding’s Morgana stopped Metoer from getting his CC off. Instead, Metoer was the one locked up, quickly melting to Lee “LokeN” Dong-wook’s Jinx after the Dark Binding.

With Metoer in retreat, there was nobody on Bilibili Gaming able to get on LokeN’s Jinx. That allowed him to free fire, picking up a quadra kill without being touched. With the death timers so long, Kuro wasn’t able to defend 1v3 and, just like that, Bilibili Gaming were knocked out of the playoffs.

As well as they played, it has to be a massive disappointment for Bilibili Gaming to miss the playoffs when they were so close to winning both Games One and Three against Topsports Gaming. They will be a team to watch out for in the Summer Split with how strong they closed, but they came up just short when it mattered most in the spring.

PLAYER OF THE WEEK: GALA

Needing a 2-0 week and some help, no player stepped up more than GALA on SinoDragon Gaming to send them to the playoffs. A 15/4/21 K/D/A against Royal Never Give Up and Uzi is an incredible feat for any AD Carry. The 13/3/9 follow-up performance against Suning was just icing on the cake.

The big carry on SinoDragon, GALA finished the season with a 4.80 KDA (4th among ADCs), 9.74 CS per minute (4th), 447 gold per minute (6th), 71.3% kill participation (3rd), and 34% kill share (3rd). With the other LPL teams looking to shut him down, it should be an action-packed bot lane in his playoff games. SinoDragon will go as far in the playoffs as GALA can take them.