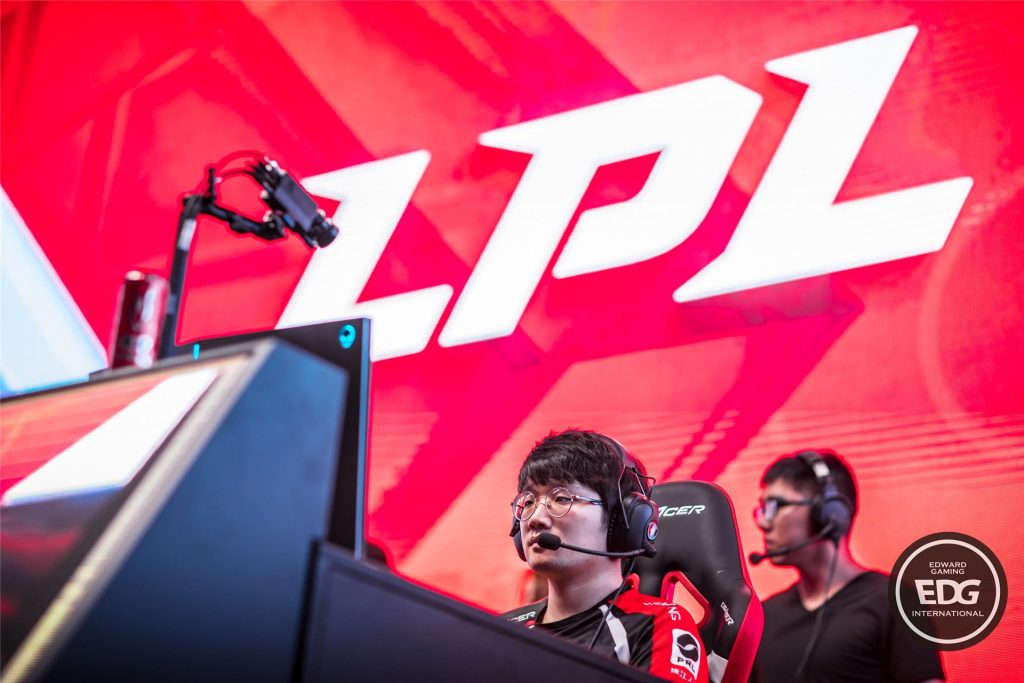 For the first time in their organization’s history, EDward Gaming will not be attending a League of Legends World Championship (Image via EDward Gaming)

The 2019 LoL Pro League (LPL) Summer Playoffs have gone according to seeding so far, as the top four teams from the regular season remain in the playoffs. That means familiar faces EDward Gaming and Invictus Gaming have gone home early, while Bilibili Gaming and Royal Never Give Up have advanced to the semifinals.

There were no upsets in the quarterfinals as the third and fourth seeds in the LPL moved on to the semifinals. Bilibili Gaming withstood a five-game test from EDward Gaming, while Royal Never Give Up cruised by LNG Esports 3-1 despite Li “Flandre” Xuan-Jun brilliance.

In a back-and-forth series of lopsided games, Bilibili Gaming emerged victorious. They opened the series with a near-perfect game 1, ceding only a single kill and two turrets to EDG en route to a 31-minute victory. EDG then crushed game two, followed by BLG crushing game three, followed by EDG crushing game four. If you’re following the pattern, you have correctly guessed that BLG then crushed game five to take the series.

It’s hard to take much away from the series when the games were so one-sided, but it does show that BLG are capable of standing up in the early game against one of the better laning teams in the world in EDG. Their mid/jungle duo of Olaf and Karma were unstoppable and will almost certainly be banned away from them in the coming games.

Royal Never Give Up handled their business against LNG Esports more easily, though they had to endure a dominant effort from Flandre in game three. The president, Jian “Uzi” Zi-Hao, was in superb form with his world-class running mate Shi “Ming” Sen-Ming. Their lane dominance was such that LNG and promising rookie Lu “Asura” Qi opted into Kai’Sa in all four games to forgo the lane and hope to scale. 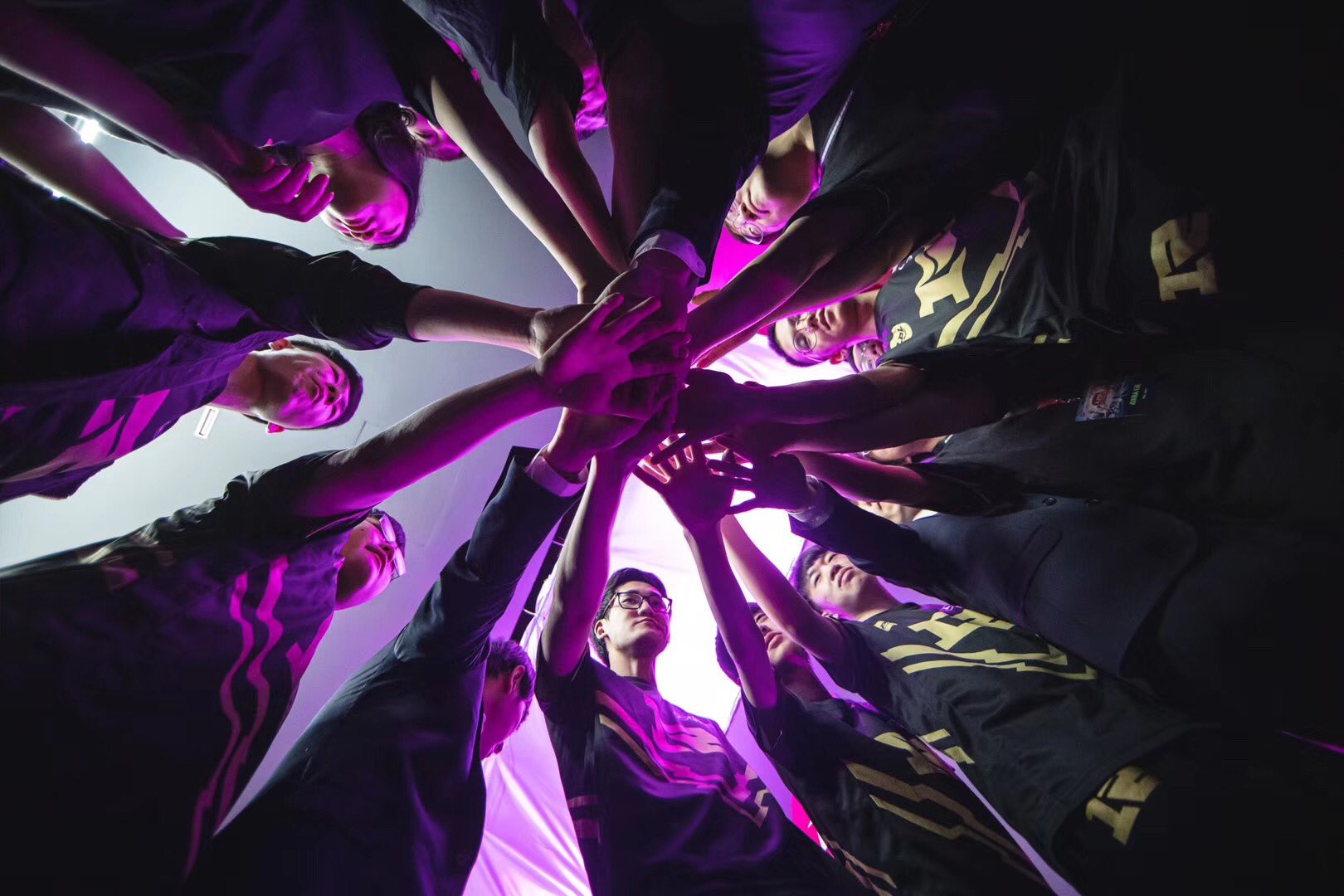 It’s certainly a viable strategy and worked against LNG in the first two games, but it was worrying to see RNG again crutch to protection comps early by putting Li “Xiaohu” Yuan-Hao on Karma. Xiaohu is good enough to do more, and RNG will need more from him against the better teams in the world.

Bilibili Gaming will move on to face the first-seed and tournament favorite FunPlus Phoenix in the semifinals. RNG will match up against second-seed Top Esports on the other side of the bracket.

For the first time in their organization’s history, EDward Gaming will not be attending a League of Legends World Championship. Their loss in round 2 of the playoffs leaves them with only 20 Championship Points for the 2019 season. EDG did not accrue any Championship Points in the Spring after losing to SinoDragon, now known as Dominus Esports, in round 1.

EDG will ultimately be remembered as a good, but not great LPL team in 2019. They were in the top half of the sixteen team league in both seasons but never broke through into the top four. That’s tough to swallow for a team with a player the caliber of Lee “Scout” Ye-chan and an organization with the pedigree of EDG.

And @bilibili_en eliminate @EDG_Edward from Worlds contention as they close out the final game and move on to the 2019 #LPL Summer Semifinals!

EDG can move forward with the starting lineup they closed the season with, as all players are under contract, but it would be surprising to see them stand pat after a year that will be seen as a disappointment. ADC Hu “iBoy” Xian-Zhao seems like a logical candidate to be replaced, given his struggles with consistency throughout the year. Tian “Meiko” Ye has been with EDG since their inaugural year and should be able to stay based on his quality of play in 2019.

The same can’t be said for Ming “Clearlove” Kai. Clearlove is one of the best junglers of all time but was once again benched, this time for Zhao “Jiejie” Li-Jie. It remains to be seen if Jiejie is the long-term solution in jungle, but it would be surprising to see Clearlove return to EDG for another year in anything other than a purely sub/coaching role.

INVICTUS GAMING SWEPT IN ROUND 1

So much for their mini-resurgence at the end of the regular season. The reigning World Champions Invictus Gaming were crushed by LNG Esports 3-0 in the opening round of the playoffs. With the loss in round 1, iG are now locked into the LPL Regional Finals despite winning the Spring playoffs. At least one of Top Esports, RNG, or Bilibili Gaming will pass them in Championship Points, while iG already trail FunPlus Phoenix.

It’s been a struggle all Summer Season long, but there was still some hope that iG would be able to flip a switch when playoffs came and turn it back on. That was anything but the case. Not only did LNG sweep the series, they won two of the three games in under 28 minutes.

AND THE REIGNING WORLD CHAMPIONS ARE OUT@SnakeEsportsLOL sweep @invgaming off the Rift with a 3-0 victory and run towards the 2019 #LPL Summer Quarterfinals!

iG were clearly still unsettled on their starting lineup, as they tried three different versions in their defeat. Lee “Duke” Ho-seong surprisingly started over Kang “TheShy” Seung-lok in game one. TheShy returned in game two, while Lu “Leyan” Jue took Gao “Ning” Zhen-Ning’s spot. Ning then returned again in game three to play with TheShy. Obviously, none of the lineups worked.

iG will need to figure out what lineup they think gives them the best chance to qualify for Worlds in their downtime and commit to it for the Regional Finals.

On paper, FunPlus Phoenix are just a better version of Bilibili Gaming. They have all the BLG teamwork, but with more highly regarded players. Korean mid laners Lee “Kuro” Seo-haeng and Kim “Doinb” Tae-sang are the pulse of their teams. The jungle matchup between Gao “Tian” Tian-Liang and Zeng “Meteor” Guo-Hao should be exciting.

Sunday, September 1: Top Esports versus Royal Never Give Up

This will be a battle of play styles. Top Esports wants to play through the top half of their map, especially LPL Summer MVP Zhuo “Knight9” Ding, while Royal Never Give Up want to play through Uzi and Ming. Xie “Langx” Zhen-Ying has the potential to be the pivot player of the series. If he manages to hold up in lane, RNG are in good shape. If Top Esports can exploit his aggression, they can look to snowball top lane champions that can counter Uzi.