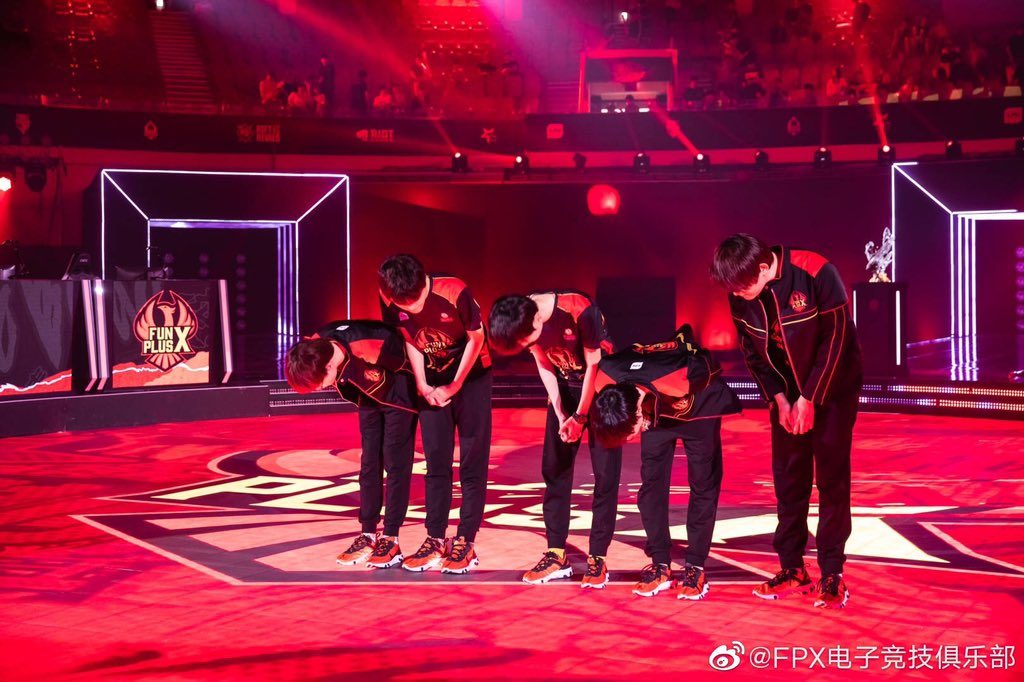 We’ve wrapped up week seven of the LoL Pro League (LPL) 2019 Summer Season. Invictus Gaming beat FunPlus Phoenix to topple the last undefeated team, while Vici Gaming are winless no more after defeating Oh My God. Let’s look at where things stand so far in the LPL Summer 2019 Season by looking at the top storylines so far in China.

For the second consecutive split, FunPlus Phoenix took a perfect record into the seventh week of the season. After losing to reigning LPL champion Royal Never Give Up to break end the run in the Spring Season, FPX lost to the now reigning champion Invictus Gaming in a tightly contested series.

Gao “Ning” Zhen-Ning was a key player in all three games of iG’s 2-1 win. Often described as a coin-flip player like the now retired Liu “Mlxg” Shi-Yu, Ning had some poor moments in game one. He was often caught out under FPX’s top turret in overaggressive attempts to dive Kim “GimGoon” Han-saem’s Gangplank, allowing GimGoon to stay in the game despite being crushed in lane by Kang “TheShy” Seung-lok’s Renekton. iG still had their moments to win and a had a gold lead in the mid-game, but Ning did them no favors in game one.

Game two was a different story. Ning was everywhere for iG, whether it was picking up solo kills on Gao “Tian” Tian-Liang’s Rek’Sai in his jungle or double killing Lin “Lwx” Wei-Xiang and Liu “Crisp” Qing-Song with a single Olaf Undertow bot lane. His presence on the map provided relief for the pressure Kim “Doinb” Tae-sang’s Aatrox was putting on iG and Song “Rookie” Eui-jin’s Corki after an early gank from Tian.

Ning was again good in game three to set up TheShy’s Vladimir to steal the show. Ning’s Jarvan IV finished 3/3/18, good for 18 of 23 kill participation in a very bloody game. TheShy will rightfully get praised for his incredible damage output in fights, but Ning is the engine that makes the iG early game go.

Though they lost the series, FPX still had a great showing. The games were all close at various points in the mid games and had the constant back-and-forth trades that we love from the LPL. There was so much action at points during games two and three that there were kills happening during the replay of a replay of a kill. It was like Inception levels of killing.

The tough to swallow truth for FPX is that the ceiling of their players individually is not as high as iG’s ceiling. TheShy, Ning, and Yu “JackeyLove” Wen-Bo should all be considered a tier above their counterparts on FPX, and even as great as Doinb is, Rookie has the more accomplished résumé on the biggest stages.

UNDEFEATED NO MORE@invgaming smash @FPX_Esports winning streak and show that they are BACK! #LPL

That being said, FPX probably have better teamwork than iG and still have the talent to keep up with the best teams in the world. Doinb is a world class shot-caller and his champion ocean — a champion pool would be an understatement — makes it so difficult to prepare against FPX. He’s already played 10 unique champions in the Summer Season after playing 16 unique champions in the Spring.

This could very easily have been a Summer Season Finals preview if the LPL continues as it’s going. Inconsistency still plagues Top Esports and JD Gaming aren’t even in the current playoff picture. Only Royal Never Give Up’s revamped lineup looks to be a threat to keep FPX and iG from meeting again in the Finals.

Vici Gaming made sure that there would be no winless team in the LPL in the Summer Season after their 2-0 victory over Oh My God. VG was coming off series in which they took a game off Invictus Gaming and saw the debut of their newly 17-year-old top lane carry Dai “Cube” Yi.

Ding “Puff” Wang had the standout performance in the series, finishing a combined 15/2/14 in the two games. His 11/1/9 Sivir in game two had an incredible 20 out of 21 kill participation, completely tilting the map in VG’s favor. Cube showcased his versatility in the series, playing Sion into Chen “Curse” Chen’s Renekton before returning to a carry in Vladimir for game two.

Vici Gaming has tried several iterations of lineups over the course of the season. An “Ian” Jun-hyeong got first crack at starting mid lane after joining from LGD Gaming, but he gave way to Lei “Corn” Wen after six games. Corn got only three games before VG handed Spring Season starter Chen “Jay” Bo the role again, solidifying the mid lane ever since.

VG likewise gave Zeng “Youdang” Xian-Xin the first chance to start at jungle, but the team has found more success with Li “Aix” Yang. Cube now completes a lineup with Puff and Su “Southwind” Zhi-Lin that has taken three of their last four games and has given VG a foundation to work with. VG have all five current starters signed through the 2021 season.

Vici Gaming have a tough game against Bilibili Gaming coming up in week eight. They finish the season against fellow bottom-dwellers Rogue Warriors and LGD Gaming, offering the young team a chance to end the season with positive momentum.

After falling short in the Spring Season Semifinals, Top Esports were a popular pick to level up their play in the Summer Season and become the top threat to knock Invictus Gaming off their throne. Their 8-2 record may not show it, but TES has regressed as a team in the Summer and Suning exposed them in a lopsided 2-0 victory.

.@SNG_lol pull off the upset and wrap things up in a pretty package for @TOP_Esports_! #LPL

Suning dictated the pace of play throughout both games, though it never exactly felt like Top Esports were keen on making plays of their own. Perhaps revitalized by the insertion of Xiang “Angel” Tao into the starting lineup, Suning crushed Top Esports 14 kills to 4 and 17 kills to 3 in two non-competitive games.

Angel has taken the place of disappointing top laner Yu “Biubiu” Lei-Xin, the replacement for  Xie “Langx” Zhen-Ying (formerly XiaoAL while playing for Suning). However, Angel is a mid laner and has not been forced directly into the top lane role. Instead, he and Huang “Maple” Yi-Tang can play both solo lane positions and swap around as needed. The early results are encouraging for Suning — four wins in four games.

Meanwhile, Top Esports are still left searching for answers. Zhuo “Knight” Ding is one of the top MVP candidates, but the team around him has struggled. Bai “369” Jia-Hao was the secondary carry during the Spring Season, but he has regressed badly enough to lose playing time to Xiong “Moyu” Hui-Dong. Jungler Xiong “Xx” Yu-Long and support Nam “Ben” Dong-hyun have also lost time to Mao “AKi” An and Zhang “QiuQiu” Ming.

Top Esports’ best answer likely comes from trying to restore confidence to 369 and Xx, rather than split time with their substitute players. Even if Top Esports aren’t able to get Knight an upgrade in talent this season, they can offer him more consistency and trust on the top side of the map.

The ninth and tenth place teams battle it out in a league that sends eight teams to the playoffs. Victory Five actually have a weaker overall game percentage than JD Gaming despite having lost a series fewer, so picking up at least a game here is vital to their playoff chances. JD Gaming have a soft schedule coming up and can go on a serious run if they can leapfrog Victory Five.

Saturday, July 27: Royal Never Give Up versus LNG Esports

Royal Never Give Up look like one of the top three teams in the LPL with Invictus Gaming and FunPlus Phoenix. LNG Esports has had a resurgence after their rebranding and the addition of Bae “Plex” Ho-young mid lane. He’ll have a great matchup against RNG’s Li  “Xiaohu” Yuan-Hao. Recently looked at in Spring as a weak link on the roster, Xiaohu is playing potentially the best League of Legends in his career.

Time is running out on Team WE’s season after their loss to Bilibili Gaming. The underdogs of the Spring Season now need to win out to finish 8-7 to have any hope of making the playoffs. With four matches against sub-.500 teams remaining, it’s possible if they can get by Invictus Gaming. iG need to prove they can play to their standard every series and not play down to the competition.