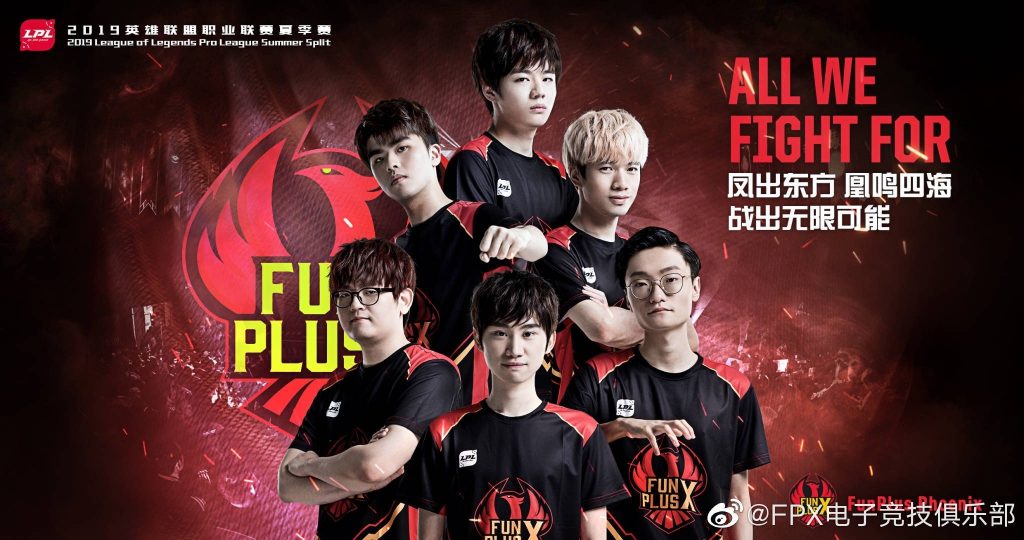 We’ve wrapped up week three of the LoL Pro League (LPL) 2019 Summer Season. There are four teams atop the standings with undefeated records and four teams who have yet to win a match. Let’s look at where things stand so far in the LPL Summer Season by looking at the top storylines so far in China.

There are only four undefeated teams remaining in the LPL after three and a half weeks. FunPlus Phoenix picked up where they left off the Spring Split, dominating their regular season matches to the tune of a 10-1 game record. Royal Never Give Up looks re-invigorated with the addition of Xie “Langx” Zhen-Ying, not to mention the prospect of a full season for Jian “Uzi” Zi-Hao. Top Esports have yet to be tested by a team who has picked up a match win, but their Spring Split performance gives credence to their placement in the upper echelon of the league.

The big surprise among the undefeated teams so far is without a doubt LNG Esports. They had a 5-10 record in the Spring Split. Already one win away from matching that total, LNG Esports aren’t the recipients of a soft schedule. They’ve already beaten both Spring Split finalists Invictus Gaming and JD Gaming and have most recently defeated the fifth-seeded Team WE.

In addition to their name change from Snake Esports, LNG underwent two roster changes for the Summer Season. Support Duan “Duan” De-Liang has replaced Hu “Maestro” Jian-Xin in the starting lineup and Bae “Plex” Ho-young came to LNG from Griffin. Plex has been a great pickup for the team, ranking in the top three among LPL mid laners in KDA, gold per minute, kill participation and kill share. With the perennially good Li “Flandre” Xuan-Jun manning top lane, LNG now have two solo laners who can match up with any in the LPL.

Perhaps not coincidentally, Wang “Baolan” Liu-Yi was re-inserted as the starting support over Li-Tan “Lucas” Pan-Ao in Forge’s debut. IG faced an EDward Gaming team that had yet to drop a game in the Summer Season, but after dropping game one, ripped off consecutive game wins to pull off an improbable victory. Forge looked nervous in his debut and was outclassed by Lee “Scout” Ye-chan, but he survived well enough so TheShy could pull off a vintage carry performance on Ryze in game three.

iG will certainly miss Rookie while he’s gone, but they proved against EDG they can still beat top LPL teams in his absence. The team looked more coordinated with Baolan back in the lineup, even with Forge making his LPL debut. More will be put on the plate of TheShy, but the best-performing player in the world in the Spring Split should be up to the task.

Team WE were one of the surprises of the Spring Split, finishing with wins in their final six matches of the regular season to clinch the fifth seed in the LPL. A 3-1 loss in the opening round to JD Gaming ended their Spring, but the loss looked better as JDG made a run all the way to the Spring Finals. The team made no roster changes and looked poised to build on their success as they headed into the Summer Season.

Instead, Team WE are in a virtual tie for last place, winning only one more game than Dominus Esports in their five match losses. Team WE’s latest loss to FunPlus Phoenix took only a combined 50 minutes as Team WE offered little resistance. Jungler Jiang “beishang” Zhi-Peng beat out Zhou “Magic” Jun-Xuan for the starting role during the Spring Split, but it might be time for Team WE to shake up the roster once again after another poor outing from their jungler.

The one silver lining for Team WE is they have played a very tough schedule so far. Royal Never Give Up, FPX and Dominus Esports are all undefeated, while Suning is the only 4-1 team in the league. The 2-1 loss to Oh My God is the only real head-scratching loss, but on the whole, it is very surprising that Team WE have not managed to pull out a match win in five tries. Things don’t get any easier, as their next two matches are against 3-1 EDward Gaming and 3-0 Top Esports.

A rematch of the semifinals in the Spring Season, Invictus Gaming faces another tough test without Rookie. Top Esports face their first opponent who has a match win on the season.

Sunday, June 23: FunPlus Phoenix versus Royal Never Give Up

This matchup between undefeated teams should be the match of the year so far in the LPL. Royal Never Give Up will have the advantage in bot lane, but Kim “Doinb” Tae-sang will test the resurgent Li “Xiaohu” Yuan-Hao in mid lane.