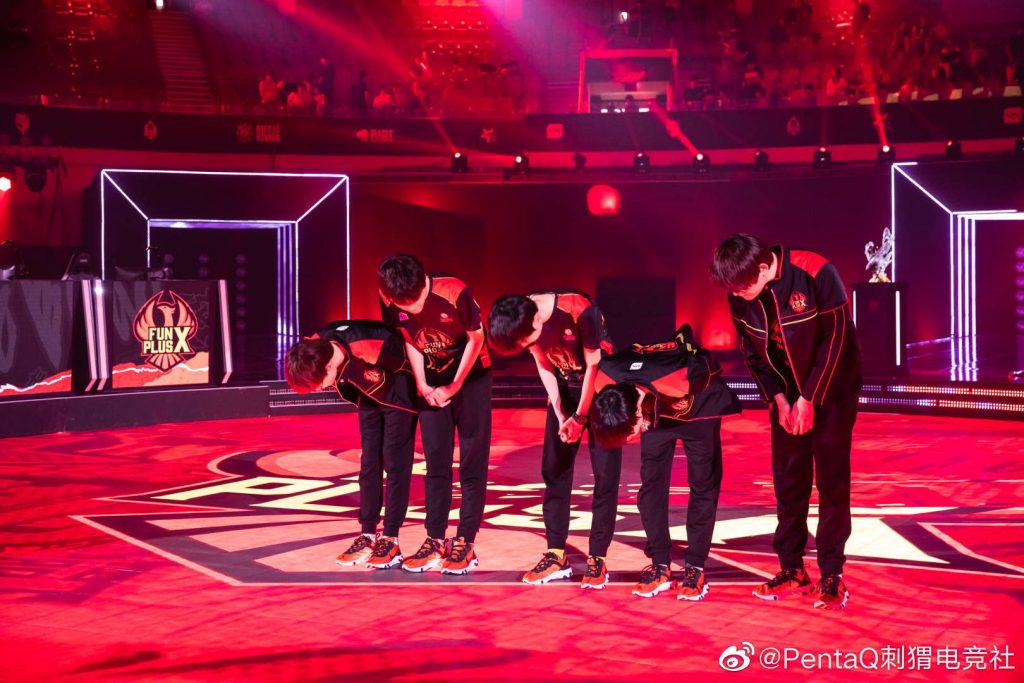 The LoL Pro League (LPL) 2019 Summer Season has come to a close. LNG Esports took the final playoff spot from the outstretched arms of Team WE, while Royal Never Give Up and Invictus Gaming quickly backtracked on lineup changes from week 10. Let’s look at where things ended in the 2019 LPL Summer Season by looking at the top storylines in China heading into the playoffs.

LNG won't die and LNG won't back down from any fight as they get a 3 for 1 exchange! #LPL

There were three teams fighting for the final playoff spot heading into the final week of the LPL Summer Season: LNG Esports, JD Gaming, and Team WE. LNG were in the driver’s seat as the only team in control of their own destiny. Team WE needed a loss by LNG, and JD Gaming needed losses by both LNG and WE.

Team WE were first to play on the week and took care of business, beating Victory Five 2-0 on Friday. With JD Gaming eliminated, that left LNG’s match against Suning as the only one of significance for the final playoff spot left.

Unfortunately for Team WE, Suning had no reason to play at full strength against LNG. Suning were already securely in the playoffs. While they could have secured a higher seed with a win, it would have guaranteed them a first-round matchup with Invictus Gaming. EDward Gaming might have had the slightly better regular season, but I can’t think of many teams that would choose to play iG over EDG.

So even though they fielded their regular lineup and played their main roster, Suning were not as motivated as LNG and LNG took the series with an easy 2-0. LNG continued to use Huang “Fenfen” Chen over Bae “Plex” Ho-young to close the season, an interesting shakeup that should carry over into the playoffs. LNG didn’t close out the season particularly well, losing four matches in a row before winning their last two, but they won when it mattered most.

Team WE came within a game of capping their furious second-half rally with a playoff berth. Instead, they will have the offseason to address concerns with their carries. Both Su “xiye” Han-Wei and Jin “Mystic” Seong-jun are set to become free agents. It also wouldn’t be surprising to see the club add a new top laner. Kim “Poss” Min-cheol takes up an import slot and was in the bottom half of LPL top laners in most statistical categories.

When Team WE took care of business, JD Gaming were eliminated from the playoffs before their match against Royal Never Give Up. That may explain why Seo “Kanavi” Jin-hyeok and Pan “Xiaohan” Han played in jungle over Sung “Flawless” Yeon-jun, whose contract is set to expire at the end of this year. It was a disappointing end to a disappointing Summer Season from the Spring finalists.

It will be very interesting to see if JDG commit to Park “Morgan” Gi-tae going forward after using him in their most important games of the season. Even though he’s under team control through 2021, Zhang “Zoom” Xing-Ran is too valuable to sit on the bench, especially as a native player. Could one of them potentially try to slide over to the mid lane in 2020? Zeng “Yagao” Qi never took the next step in 2019 after garnering as much praise as Zoom in 2018.

Well, that didn’t last long. A week after Invictus Gaming’s Gao “Ning” Zhen-Ning and Royal Never Give Up’s Xie “Langx” Zhen-Ying were benched in multiple matches, the two powerhouses have returned both to their starting lineups the week before playoffs.

It was surprising to see Ning back in the starting lineup after Lu “Leyen” Jue got the starts against Rogue Warriors and RNG. Leyan seemed to play well and offered a more stable presence than Ning has during the Summer Season.

With that said, there’s no doubt that Ning offers the higher ceiling and has much more familiarity with the team. iG knows they can win a world championship with Ning because they’ve already done it. Maybe Leyan was used to give Ning a mental break and allow him to see the game from a different viewpoint for a week.

Whatever the case, Ning played better in the final week of the regular season, albeit against weak competition in Rogue Warriors. He put together scores of 7/2/15 on Sejuani and 9/5/9 on Rek’Sai, maintaining his aggressive playstyle without putting his team in any real early holes.  Lee “Duke” Ho-seong also got a start in game two of the series.

It was less surprising to see RNG return to Langx, as they really don’t have any better options in top lane. Xiao “LoveZrr” Zhi got absolutely annihilated in his game against Bilibili Gaming last week, going 0/7/3. RNG can’t have that happening. RNG’s issues with Langx have been less about play and more about how they play as a team. Langx plays like a carry, but RNG plays like he’s a low-econ CC bot.

Either way, RNG quickly realized that Langx is their best shot at finding success in the 2019 postseason. He’ll open the playoffs with a tough matchup against either iG’s Kang “TheShy” Ho-seong or LNG’s Li “Flandre” Xuan-Jun.

The final week of the Summer Split delivered heart-stopping action between @RNGRoyal and @JDGaming as well as a monster performance by @FPX_Esports ADC Lwx! pic.twitter.com/aC25VPGsYT

The final game of the LPL season matched the number one seed FunPlus Phoenix against the number two seed Top Esports. The outcome would not affect seeding after FPX’s 2-0 win against Dominus Esports on Friday.

Top Esports took the match seriously. They started their regular roster, played meta champions like Yuumi, and looked to be using this match as preparation for their playoff run.

So the top team in the LPL played the second-best team in the LPL, swapped their mid and jungle, and played unorthodox picks — and they won. By a lot. FPX doubled Top’s kills in game 1, 24 kills to 12, and nearly got there in game 2 with a 29-kills-to-15 win. FPX’s bot lane totally crushed Top’s, even if Top should have had the mid advantage on the map.

Does this mean FPX are just far and away the best team in the LPL? Yes, though Top Esports haven’t been in the best form recently and may not be the stiffest test. Still, FPX’s 29-4 game record (an 87.9% win rate) is the third best in LPL history, behind only 2018 Spring Season iG and 2014 Spring Season OMG.

We’ll have to see one of RNG, iG, or Top hit their stride like JDG did in the Spring Season for FPX to have a real challenge in the playoffs. Bilibili Gaming are probably the biggest threat to FPX in their current form, but they don’t possess the same individual or team ceiling as FPX.

LOOKING AHEAD: PLAYOFFS ROUND ONE

These teams matched up earlier in the week, with EDG taking the 2-0 over Suning. However, Suning were up in gold and kills in game 1 before letting the game slip away from them. Hu “iBoy” Xian-Zhao and Tian “Meiko” Ye had a tremendous series for EDG, a big problem for Suning as they cannot expect to win the battle mid lane. Han “Smlz” Jin and Hu “SwordArt” Shuo-Chieh will have to end their slump if Suning hope to win. That said, EDG aren’t known as the pillars of consistency, so this should be an exciting opening round matchup.

LNG Esports were a team that were able to beat up on the mediocre teams in the Summer Season, but struggled against the better teams. That could either be a good or a bad thing based on which Invictus Gaming shows up. At their peak, LNG Esports can’t handle iG. But when Ning struggles early game and iG get behind early, LNG have the tools to punish them and see the game through. It would still be a shock to see iG lose in Round 1 when the games really count, and their experience in important matches should give them an edge in the series.