LPL Playoffs Week One: It’s Time to Believe in LGD 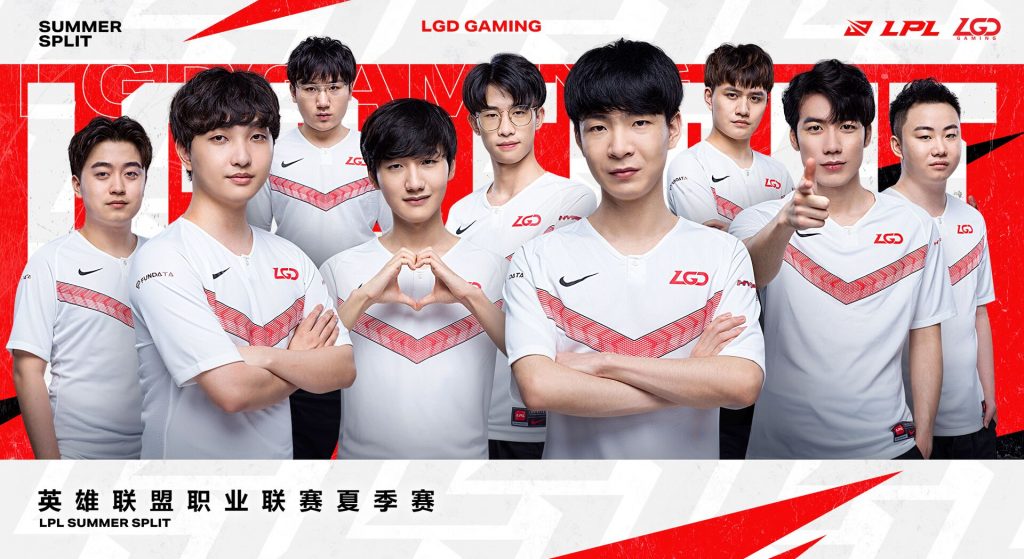 The LoL Pro League (LPL) playoffs are in full swing. After two dominant match wins, it may finally be time to believe in LGD Gaming as an LPL powerhouse. Meanwhile, Victory Five’s dream season came to a sudden halt against Suning. We take a look at where things stand in the LPL by looking at the top story lines so far in China.

IT’S TIME TO BELIEVE IN LGD

It has been a long dry spell for LGD Gaming. Once the pride of the LPL in 2015, the long-standing organization quickly fell on rough times. After their early exit at the 2015 World Championship, LGD made the 2016 Spring playoffs with a 5-4 record. That was the last time LGD made a playoff appearance. A 5-11 record in the Spring Split was no different.

LGD Gaming definitely improved from the Spring to Summer, going from 5-11 to 10-6, but it didn’t feel like they clicked all the way. There were big wins over Victory Five and Invictus Gaming, but they were mixed in with confusing losses to Rogue Warriors and LNG Esports. LGD showed massive potential, but their inconsistency saw them finish just sixth, forcing them to play in round one of the playoffs.

LGD opened against Team WE in the first round. It was a weird series in which all four games were won relatively quickly. LGD’s 32 minute win in game one was the longest of the series, but the game was a 17 kill to 3 stomp. They followed it up with a 16 kill to 7 win in only 29 minutes in game two, giving themselves a 2-0 lead. Team WE fought back with a 29 minute win in game three, but that would be their only of the series. LGD closed them out with the most one-sided game of the series, winning 15 kills to 2 in 26 minutes. LGD beat up on Team WE in kills, out slaying them 61 to 28.

Though it was impressive to crush an opponent as tough as Team WE, LGD were still favored in the series as the higher seed. Their round two series against Invictus Gaming would be a different story. iG finished the regular season 12-4, barely missing out on a double-bye. Even though LGD beat iG early in the season, this was a different animal. Kang “TheShy” Seung-lok and Gao “Ning” Zhen-Ning improved dramatically throughout the season, while Wang “Baolan” Liu-Yi’s insertion into the lineup earned him second-team All Pro honors.

The faithful shall be rewarded.

Instead, LGD took turns with their outstanding performances. Peanut started the series with game one MVP, going 3/0/12 on Nidalee. He would die only once in the series, going a combined 11/1/25. Mark followed in game two, landing insane engages on Leona to help LGD close out game two in only 23 minutes. Kramer earned game three MVP, going 9/1/6 on Ezreal with a 37.4% damage share.

With their star players all rolling at the same time and in total coordination with Mark’s engages, it’s time to finally believe in LGD Gaming again. The jungle meta perfectly suits Peanut, who was the definition of the term “jungle gap” against Ning. Langx has also proven that he isn’t washed up after his time on Royal Never Give Up, thriving with a team that matches his more aggressive play style.

LGD will continue on to the semifinals next weekend. They will face the 2020 Spring Champions, JD Gaming.

THE VICTORY FIVE DREAM IS DEAD

Victory Five were the best story in the LPL in 2020. After the worst split in LPL history in the Spring, Victory Five followed it up with an 11-5 Summer campaign. The organization completely revamped their starting lineup between Spring and Summer, keeping only mid laner and swiss knife Li “Mole” Hao-Yan. Top laner Yu “Biubiu” Lei-Xin, jungler Wei “Weiwei” Bo-Han, and ADC Lee “Samd” Jae-hoon were all picked up from Suning, while support Guo “ppgod” Peng was picked up from FunPlus Phoenix.

After the winless Spring, V5 immediately sent a message they would be a new team in Summer by winning their opening two matches. V5 later became the first team to beat Top Esports and followed that by beating JD Gaming, meaning they defeated both Spring finalists in the regular season. A 2-0 loss to EDward Gaming in the final week of the regular season ended their hopes of a first-round bye in the playoffs, but V5 didn’t need it against FunPlus Phoenix.

In their first playoff series as an LPL franchise, Victory Five knocked off the defending World Champions. V5 won the first two games of the series convincingly, leading 18 kills to 8 and 19 kills to 5. FPX crushed V5’s top side in game three to prevent a sweep, but V5 responded in game four. After going 0/5/2 in game three, Biubiu went 11/2/2 on Lucian in game four to earn game MVP in the clincher.

At this point, Victory Five looked like a team of destiny. Next up, they would get to play Suning, the team who gave up those three players to V5 because they felt better about the players on their own starting roster. This could not have been set up as a better revenge series for their players, especially after Suning won the regular season matchup.

The lions ROAR their way to the semifinals!

Unfortunately, it was not meant to be for V5. Suning were the more consistent team throughout the season, and it showed up in the series. V5 took game one behind a great Bard game from ppgod, but the series was all Suning from there. A 17 kill to 13 game two turned into a 26 kill to 11 game three in favor of Suning, putting them on match point. With their backs against the wall, V5 couldn’t muster much of a comeback in game four. Suning dominated from start to finish, leading 15 kills to 3 and needing only 22 minutes to close the series.

Victory Five still had hope of making a run through the Regional Finals, but LGD’s victory over Invictus Gaming ended that possibility. Victory Five’s 2020 season is officially over, eliminating any possibility of V5 making the miracle run from a winless Spring to the World Championship. As disappointing as it was to see it end here, the future is obviously very bright for V5. They are supremely skilled and aggressive, but they will need to refine their macro play in 2021.

The first order of business will be to re-sign their expiring starters. Biubiu, Weiwei, and Samd will all become free agents at the end of August. After their winless Spring, V5 would be crazy to let go of any of the players that helped turn the ship around so quickly.

ONE OF FUNPLUS PHOENIX, INVICTUS GAMING WILL MISS WORLDS

The 2020 World Championship will be missing one of the two previous winners. After FunPlus Phoenix and Invictus Gaming exited the LPL playoffs early, the two are now locked into a match in the Regional Finals. China gets four seeds at Worlds this year, but only the winner between FPX and iG will get a chance to play for the fourth and final seed.

With IG losing today, our teams for Regional Finals are confirmed.

The #V5MiracleRun died today, but Suning and LGD have a chance at worlds! #LPL pic.twitter.com/53mmFT8jYw

This is not a surprise for FPX. After an uneven Summer Split, FPX had to scrape their way into the playoffs, finishing as the eighth seed. They were outplayed by the youth of V5, losing in round one to put themselves in a tough spot to defend their championship. Kim “GimGoon” Han-saem replaced Kim “Khan” Dong-ha, but the results were the same against V5. Do FPX now go back to Khan for the third time to try to capitalize on his raw talent? They have no easy answers to what ails them. Gao “Tian” Tian-Liang and Liu “Crisp” Qing-Song have not maintained their performance from 2019, resulting in an increased burden for Kim “Doinb” Tae-Sang to carry.

Invictus Gaming looked to be heading more in the right direction than FPX, but their playoff loss was perhaps even more troubling. As good as LGD looked, iG got absolutely destroyed in their series. iG are an inconsistent team that have shown the ability to get hot at the right time, but they also haven’t won a best-of-five in the LPL since 2019. They’ll need TheShy and Ning to have much better matches ahead to have a chance to qualify for the World Championship again. However, they did make the gauntlet run from a similar spot in 2019, so don’t count them out yet.

Invictus Gaming and FunPlus Phoenix will meet on Saturday, August 29th at 2 a.m. PST. The winner will advance for a shot at the final LPL World Championship spot, while the loser will see their season end.

The LPL playoffs continue on to the semifinals on Saturday, August 22nd at 2 a.m. PST. Top Esports will make their playoff debut and will face Suning. That match will be followed on the 23rd by JD Gaming facing the red-hot LGD Gaming, also at 2 a.m. PST.