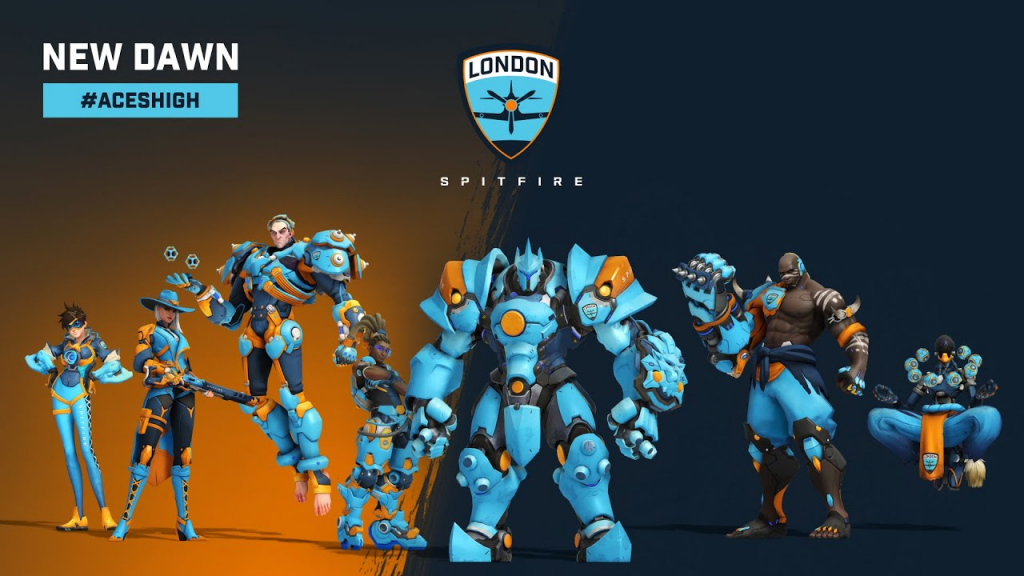 London will be heading into their 2021 Overwatch League season with a new roster composed of primarily former British Hurricane players. The Spitfire organization has been rebuilding itself after cutting their entire roster of players and several coaches following their very disappointing 2020 season, in which they finished 17th out of 20. After their poor performance, Spitfire elected to rebuild their active roster by promoting players and staff from their highly successful Contenders team, British Hurricane.

On behalf of all the Engineers at @Hangar9 I’d welcome our newest @Spitfire pilots! 🧡💙

The move to promote their Contenders roster comes as no surprise. The Hurricane won every single notable EU Contenders event that took place in 2020, including The Gauntlet. Now, Spitfire will rely upon that team to carry their fortunes in the upcoming OWL season.

On December 26th, 2020, the team signed Flex DPS player Jeffrey “blasé” Tsang as the first new player on Spitfire’s 2021 roster. Blasé is an American Overwatch League veteran who competed with Boston Uprising in the 2019 season and Houston Outlaws throughout the 2020 season. He brings a lot of depth and skill to the flex DPS role and was a strong first pick up for London to build their DPS core around.

From all the Engineers at Hangar9, a warm welcome to @blaseOW, who has joined London @Spitfire for the 2021 season of the @overwatchleague!

After the new year, on January 4th, Spitfire promoted Finnish Flex Support player Riku “Ripa” Toivanen to their main roster from the British Hurricane Contenders roster. Ripa is a former Overwatch League professional who played for L.A. Gladiators back in 2019 before being kicked down to Contenders to play with British Hurricane during 2020. He has earned his way back into the league for the 2021 season.

The same day Ripa joined the team, Main Support player Tae-hoon “Fuze” Kim officially departed the Spitfire active roster. Fuze is a Korean Overwatch player who was the last remaining player from London’s 2020 roster. He was expected to leave along with the rest of his teammates before the start of the next season, so his departure came as no surprise.

Sadly, tonight, we must also say goodbye to @ow_fuze. Thank you to Fuze for keeping us in the fight throughout 2020 – we wish you the best of luck in the future!#AcesHigh #CleartheSkies pic.twitter.com/H03x4pwAc4

Kellex formerly competed with Boston Uprising and Toronto Defiant in the Overwatch League during the 2018, 2019, and 2020 seasons, before announcing his retirement from the League back in July of 2020. After departing the Overwatch League, he joined British Hurricane. Both Hadi and Molf1g, on the other hand, will both be OWL rookies during the upcoming 2021 season.

The team completed their core roster on January 6th by signing Flex DPS player Dominic “Hybrid” Grove and Hitscan DPS player William “SparkR” Anderson. Hybrid formerly competed with the NA Contenders organization Team Doge, while SparkR formerly played with British Hurricane along with most of Spitfire’s new roster. Both players will be Overwatch League rookies this year and 17-year-old SparkR will have to sit on the bench until he turns 18 in June.

After signing and promoting a new battery of players and coaches, London is officially ready to compete. Spitfire essentially promoted their Contenders squad to their main roster and brought on a few helpful additions like Reprize and Blase. The British Hurricane dominated tier 2. Soon we will discover how that same squad handles tier 1 competition. The Spitfire will return to action when the Overwatch League’s 2021 season kicks off sometime in March.