London Spitfire Release Birdring Along with Three Others 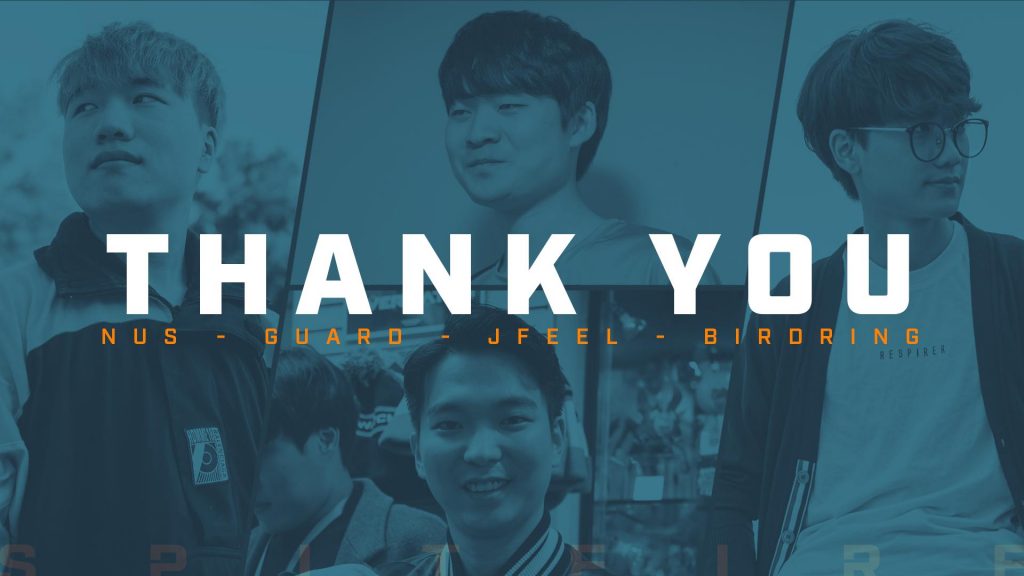 The London Spitfire were the 2018 Overwatch League Inaugural Season champions despite an up-and-down season that year. They gained momentum at the right moment from the meta-change and rode that to a championship. Unfortunately, they were unable to defend their title in the 2019 season and saw themselves exit the playoffs early with losses to the New York Excelsior and future champions – San Francisco Shock. It was a disappointing finish to a lackluster season and the once Overwatch League Champions completely shook up their roster when the recently announced that they will be releasing four members of the team, including Ji-hyeok “Birdring” Kim.

Thank you for all your hard work and efforts during your time with us! We wish you all the best in your careers moving forward 💙 🧡 pic.twitter.com/VyvhOLNuBa

Like many teams coming out of the 2019 season, the London Spitfire were in desperate need for a shakeup as they didn’t live up to the high expectations set after their championship 2018 season. Hee-dong “Guard” Lee and Jong-seok “NUS” Kim join Birdring in the Overwatch League free agency. The other notable departure is coach Jeong-min “Jfeel” Kim as he actively pursues opportunities within the Overwatch League.

Hello, this is guard! The contract with London Spitfire has been terminated since October 1. I was so happy to be with the best team and coaches for a year. I will work harder and try to show you good looks. Thank you for always cheering!! pic.twitter.com/B1rqADFFNx

Both NUS and Guard saw their share of play throughout the 2019 season, with NUS a support player and Guard one of the many strong DPS players for the Spitfire. They played relatively well in the starting lineup with Guard filling in for Birdring who was inexplicably absent going into the matches against both New York and San Francisco. Birdring was an integral piece of the London’s 2018 championship run. Working alongside Grand Finals MVP – Joon-yeong “Profit” Park – the DPS duo led used the double-sniper meta to lead the Spitfire to a Grand Finals victory. Despite their success, Birdring struggled to stay consistent throughout the 2019 season.

The London Spitfire still have a strong core-group as they head into the upcoming 2020 season as they should look to build around their star DPS player Profit and tank-duo, Jun-ho “Fury” Kim and Jae-hee “Gesture” Hong. Seung-tae “Bdosin” Choi is the fourth and final remaining starter from the 2019 season. Despite releasing three players and one coach, the London Spitfire have a solid-starting point for the 2020 season as they hope to reach the top of the Overwatch League once again.