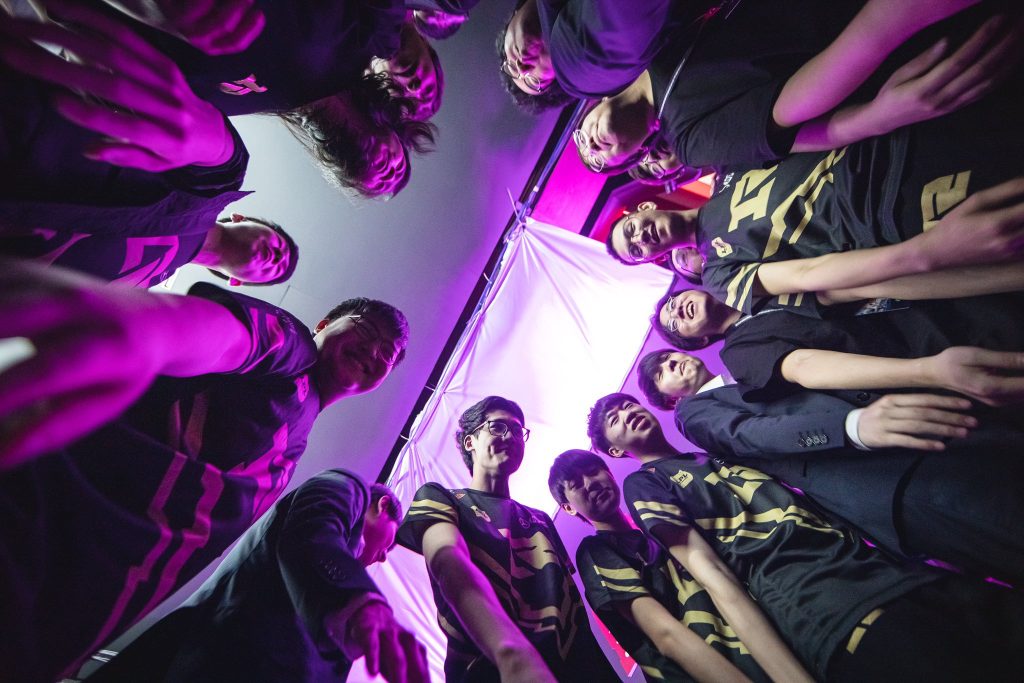 Can Uzi finally win the big one and walk away with the World Championships in 2019? (Photo via @Yicun_liu/Twitter)

Royal Never Give Up is a team that truly embodies its name. There’s no dispute that the story of this team has centered heavily around captain Jian “Uzi” Zi-Hao’s quest to finally win Worlds. Winning both splits in 2018, the Mid-Season Invitational and reaching top eight at 2018 League of Legends World Championship, he proved that his goal is something he and RNG are capable of achieving.

Worlds in 2019 will likely be the most stacked it’s ever been. Expectations are weighing heavily on Europe, Korea, and China’s first seed FunPlus Phoenix to stand out among the rest. It’s up to Chinese mainstays RNG to prove themselves as a real contender despite a season of ups and downs.

RNG's Letme and the "The Queen of Nine-Ball", Pan Xiaoting, talk Esports & Pool in front of Peking Opera. Find out what both sports share in common, and how Beijing’s culture molds both worlds. pic.twitter.com/nZyhAcW10L

Years ago, caster and analyst Indiana “Froskurinn” Black made her infamous statement predicting China to become the most dominant region. This prophecy was fulfilled in 2018, but most people expected that it would be Royal Never Give Up to lift the Summoner’s Cup. Instead, a flashier and more-creative Invictus Gaming lineup did the honors.

A top-eight finish at the 2018 World Championship was an undeniable failure for RNG. It seemed inevitable that they would make their way to the finals. It was evident throughout some of their group stage matches, however, that their team identity was a far cry from aligned with the meta at the time.

Their playstyle was, and to an extent still is, over-reliant on funneling resources into Uzi. As the strategic norm gravitated more towards having a high dependency on solo laners and side lane play, RNG’s one-dimensional style became easier to exploit.

The same issues plagued RNG during the 2019 Spring Split, causing them to inch their way into playoffs before being knocked out by JD Gaming in the first round. RNG desperately needed to evolve their playstyle. Their signing of ex-Suning Gaming top laner Langx (formerly XiaoAL) for the Summer Split gave them a good chance at doing so.

This proved to be exactly the right play for RNG. They’d found a reliable and capable top laner in Langx that knew how to carry games.

RNG re-established themselves as a dangerous team within the LPL and climbed their way back to the finals stage against the league frontrunners FPX. It seemed as though the stars were aligning. RNG may have had a real shot at reclaiming their throne as the best team in China as they headed into Worlds.

.@UziRNG on #Worlds2019 :
"More relaxed and less stressful than any previous years. This year we will just be relaxed and simply enjoy playing on that stage. "

"Ming is the person I am most thankful to. I wouldn't have improved myself without him. #LPL #LeagueOfLegends pic.twitter.com/Gd53jxhxlO

All of those hopes came tumbling down after the team’s heartbreaking 3-1 loss to FPX in the finals. Their core problems revealed themselves throughout the series, and RNG didn’t have an answer for FPX’s flexibility.

With the 2019 World Championship just around the corner, RNG will have plenty of time to grow. Although they’re favored to come out of their group alive, SK Telecom T1 and Fnatic are still well-equipped to out-perform them early in the tournament.

It’s clear that the pressure to redeem last year’s disappointing performance is present, and Uzi is going into the fray with confidence and a calm mind this year. If he and RNG give it their all, success will follow.