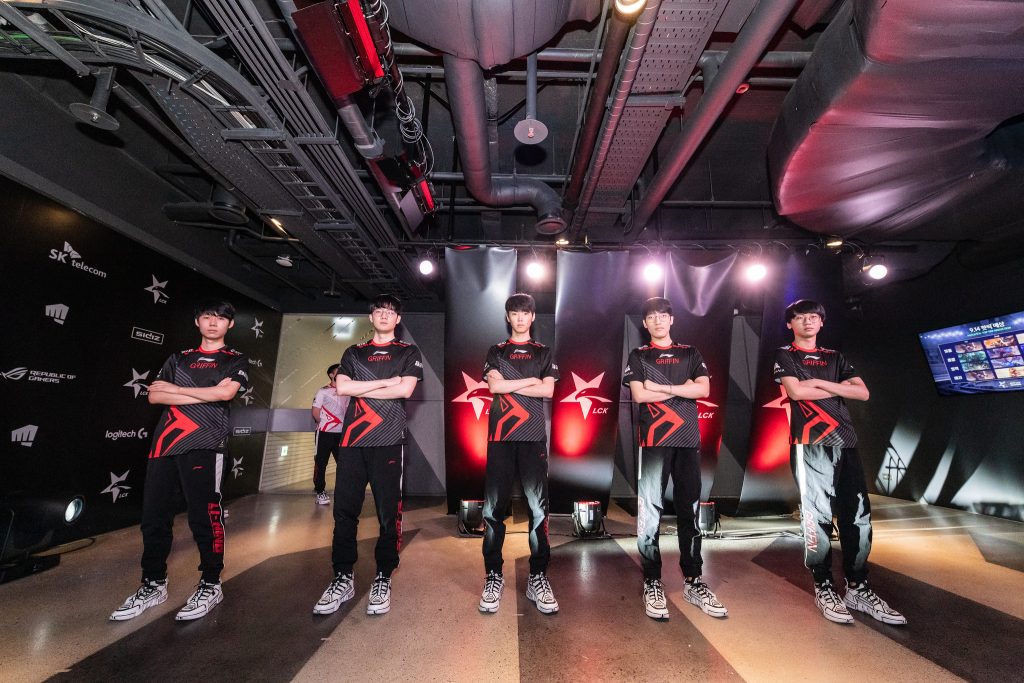 Griffin are making their Worlds debut at the League of Legends 2019 World Championships. (Image via Riot Korea)

It’s always hard to be the new kids on the block. However, for rookies Griffin, their first appearance at the World Championship is among the most anticipated. After being beaten by SK Telecom T1 at every hurdle in the LCK, Griffin is set to take to the international stage and prove they are the best of what Korea has to offer.

Storming into the LCK after an impressive run in the 2018 summer promotion tournament, Griffin instantly drew attention. The rookie team’s super diverse and aggressive playstyle was uncommon for Korean teams who were known to rely on slow macro and vision control.

After narrowly missing out on Worlds in 2018, Griffin wasn’t ready to finish out the year without making a statement. A victory at the KeSPA Cup to close out 2018 made it clear that they were determined to come back bigger and better for 2019, and that is exactly what they did.

2019 provided Griffin with the ultimate playground as the rookies exceeded all expectations with an impressive regular-season finish of 15-3. Heading into the spring split final, Griffin looked confident, however, they had three-time World Champions SKT as their final test. Despite going into the series in a strong position, Griffin showed they still had a long way to go after falling 3-0 to SKT.

Heading into the summer split, Griffin proved that at their core they still had the ability to perform at the highest level. Week after week, Griffin continued their split winning form by beating the best LCK talent. Inevitability, Griffin yet again landed a spot in the grand final. Unfortunately, history was to repeat itself as they fell at the last hurdle with a 3-1 defeat to SKT in the final. However, this time around it was different as Griffin had already booked their ticket to the World Championship.

Among the Griffin players, Jeong “Chovy” Ji-hoon has been a standout. During the spring split, the 18-year-old became the first player to achieve a 100 KDA after a 2-0 victory against SKT brought his overall KDA to 44/1/60. Elsewhere, Son “Lehends” Si-woo and Park “Viper” Do-hyeon have shown themselves as a top-tier bot lane. The duo has often been praised for their deep champion pools and the ability to go head-to-head with the best LCK bot laners.

With minimal international experience, except a run at Rift Rivals, it’s still unknown how Griffin will perform on the World Championship stage. However, one thing is for certain, they have truly shown they deserve to represent the best of what the LCK region has to offer.