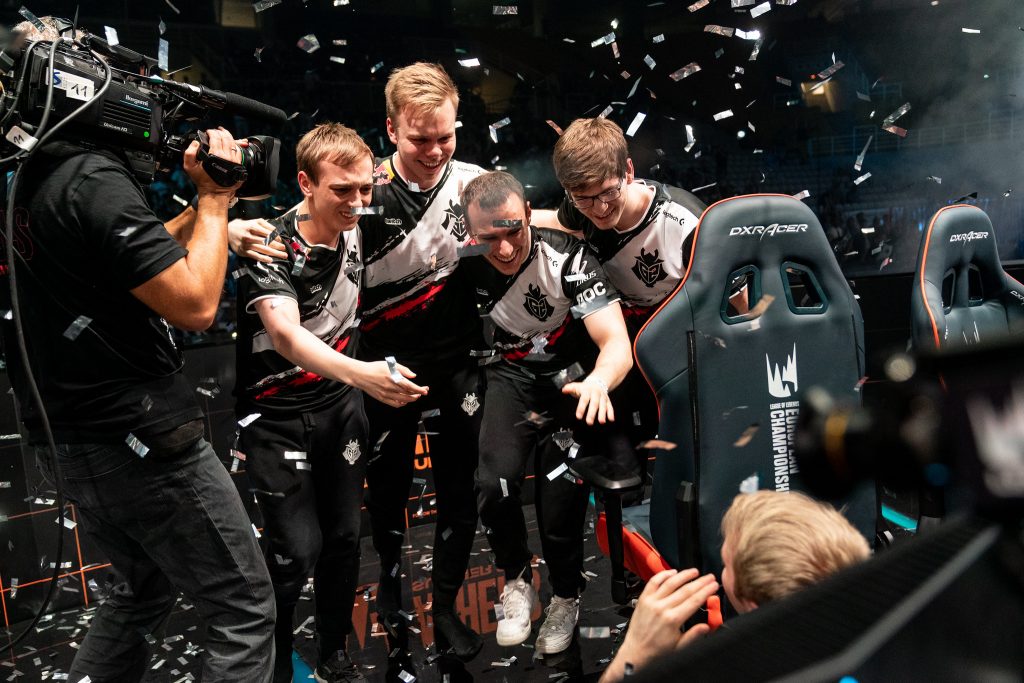 After securing back-to-back LEC championships and an MSI title, the World Championship remains as the final stop on G2’s journey for greatness. (Photo via Riot Games)

It all started with one crazy rumor.

Sources: Caps is set to join G2 Esports, with PerkZ moving to the bot lane, according to @JacobWolf. https://t.co/9OP2OXsDrb pic.twitter.com/YHzbzGMjeq

G2 Esports, then four-time champions of Europe, took a huge risk in 2018 with one of the biggest roster shake-ups in competitive League of Legends history. Since then, they’ve defied their critics, decimated their opposition and forged championships, earning themselves the title of the strongest team in the world. For G2, however, it’s all been child’s play.

With the World Championship on the horizon, the reigning kings of the 2019 Mid-Season Invitational prepare to embark on another international conquest. Their mission? To raise the Summoner’s Cup, sow the seeds of their dynasty and have fun doing it. 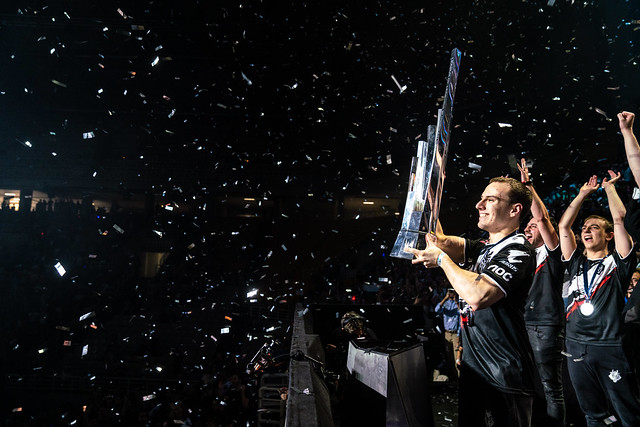 In 2018, G2 entered the World Championship by the skin of their teeth as Europe’s third seed after failing to make finals for the first time in the organization’s history. Even after fighting their way through the Play-In Stage, people remained skeptical of the roster’s ability to perform against top teams.

Their then bot lane duo of Petter “Hjarnan” Freyschuss and Kim “Wadid” Bae-in were singled out in particular as the weakest link of the team riddled with star talent. One best-of-five series victory was all it took to shut the haters up for good.

Fast forward to the beginning of the 2019 LEC Spring Split. G2 debuted their new all-star lineup helmed by ex-Fnatic mid lane prodigy Caps and franchise player Perkz in the bot lane. The mechanical talent was all there on paper, but how would Perkz transition into his new role against the likes of bot lane legends like Martin “Rekkles” Larsson?

In style, that’s how.

Perkz’s proficiency on both marksmen and mages in the bot lane opened up a whole new dimension of strategic possibilities for G2. They’d go on to take Europe by storm with crazy team comps, random role swaps, aggressive teamplay and plenty of memes.

Wunder opens up paint in the middle of his #LEC match pic.twitter.com/1q9ggv6aet

The LEC was G2’s playground. They’d frequently try new things on stage (like Zoe/Rakan and Jayce/Braum bot lane) and test their limits in-game by going for risky plays.

After speedrunning the LEC Spring Finals against Origen and breaking the record for fastest best-of-five in European history, G2 punched in their ticket for MSI. Despite complications due to Mikyx’s wrist pain, G2 went on to become the first western team to win the event. They even defined a new global meta in the process with their solo lane Pyke pick.

G2 was back stronger than ever for the Summer Split, and aside from a few troll games, they showcased their ability to smash their opponents with more standard drafts as well.

Fnatic were the only team in Summer capable of challenging G2’s rule over the LEC. The teams met once in the semifinals and again in the finals; both series went the full five games, and G2 came out on top of each one.

After securing back-to-back LEC championships and an MSI title, the World Championship remains as the final stop on G2’s journey for greatness. As favorites to win the entire event, the only result worth writing home about is first place.