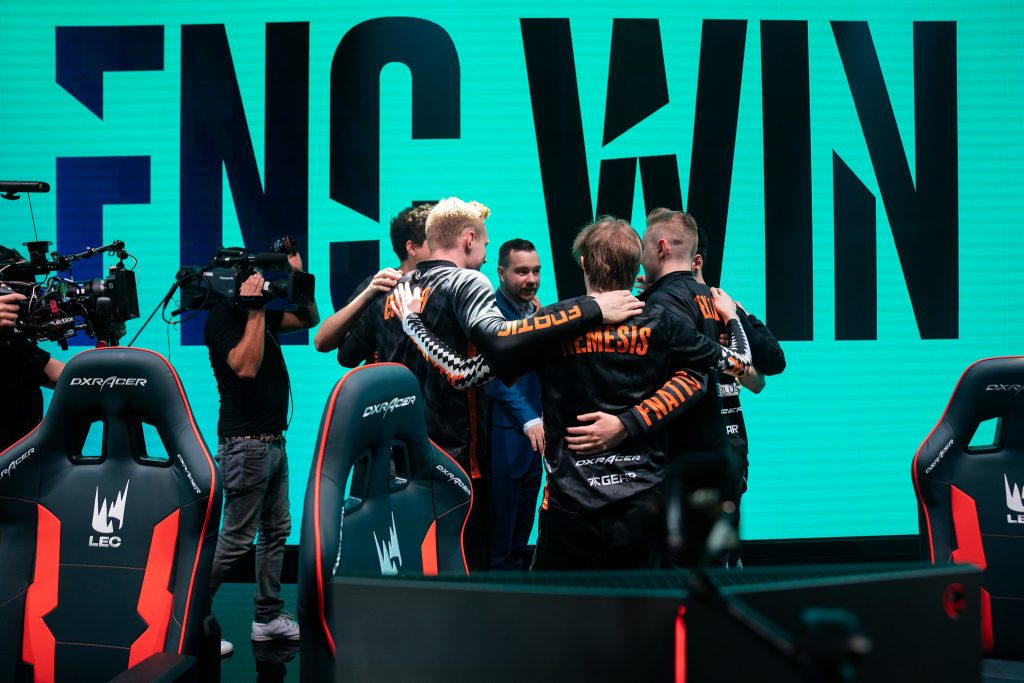 Can Fnatic win it all this year after a crushing defeat in the Worlds Finals last year? (Image via Riot Games)

For Fnatic, reaching the 2018 World Championship Finals was both a momentous achievement and a crushing failure. The experience of playing on the biggest stage only to suffer a miserable 3-0 defeat to Invictus Gaming was bittersweet. For the team, and the community, it will remain as a reminder of what could have been for a roster stacked to the brim with world-class talent.

This year, Fnatic will head into Worlds with a unique motivator: the knowledge of what they can become. Four out of the six world finalists from last year’s lineup stayed with the team, and rookie mid laner Tim “Nemesis” Lipovšek is the new centerpiece. Despite his inexperience, Fnatic are unified in their goal to reach the finals once again. 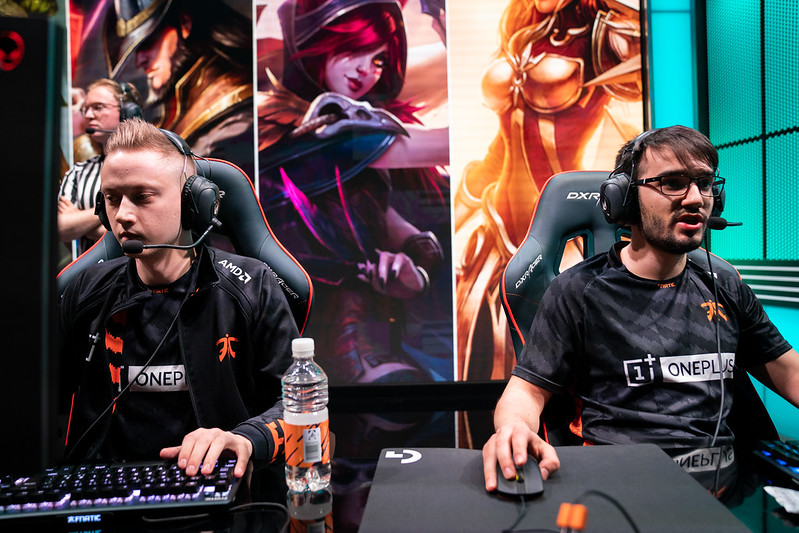 In testing their limits on stage, Fnatic’s ceiling steadily increased during the LEC (Photo via Riot Games)

The 2019 LEC Spring Split was highlighted with three favorites to win it all. Fnatic, who were looking to have another shot at their golden road. G2 Esports, who desperately needed their controversial roster swap to pay off. And Misfits Gaming, who had what looked to be the scariest squad on paper.

Most would’ve bet their money on Fnatic to keep up the momentum, but G2 stole the show and then some. Fnatic trailed through spring nipping at G2’s heels, and rounded out the split with an uninspiring third-place finish.

They were forced to sit at home and watch their rivals accomplish what they couldn’t at the 2019 Mid-Season Invitational by winning an international championship. Broxah promised that the summer split would be different, and it was.

I have received a ton of heartwarming and cheerful messages the past days, and I just want to thank everyone out there who have been supporting us here at the start of 2019. This first split was a disappointment, but I'm confident we will be back stronger in summer. #AlwaysFnatic

Life living in the shadow of G2 took on a whole new meaning for Fnatic in the Summer Split. After decimating them in their fated rematch in the second week of the split, they quickly established themselves as the only team that could come close to competing with the best team in the world. They even nearly stole first place from them in the regular season.

G2’s influence certainly shaped the competitive ecosystem of the LEC, but Fnatic were the first team to learn from it and adapt it into something that they could call their own. They were unafraid to pull out Garen/Yuumi bot lane and shock the masses. Rekkles’ name became more synonymous with Karma than it was with his signature Tristana. In testing their limits on stage, Fnatic’s ceiling steadily increased.

By the time playoffs rolled around, it’s possible that this iteration of Fnatic had already surpassed its predecessor. They took G2 to five games in both the semifinals and finals and each game they played it became more and more clear that they were for real.

Ahead of them at the 2019 World Championship, Fnatic were slotted into one of the most difficult groups possible along with Royal Never Giveup and SK Telecom T1. Dropping more than a single game against these powerhouses could spell disaster for their tournament hopes.

It may look dire, but Fnatic seems almost destined to live up to the task. For years, the role of the challenger has been their cross to bear, and they’ve taken to it with pride.

Overcoming great obstacles to achieve success is something Fnatic strive for as an org and have grown accustomed to. They wouldn’t have it any other way.