LoL Week in Review: No SwordArt, No Problem for Suning 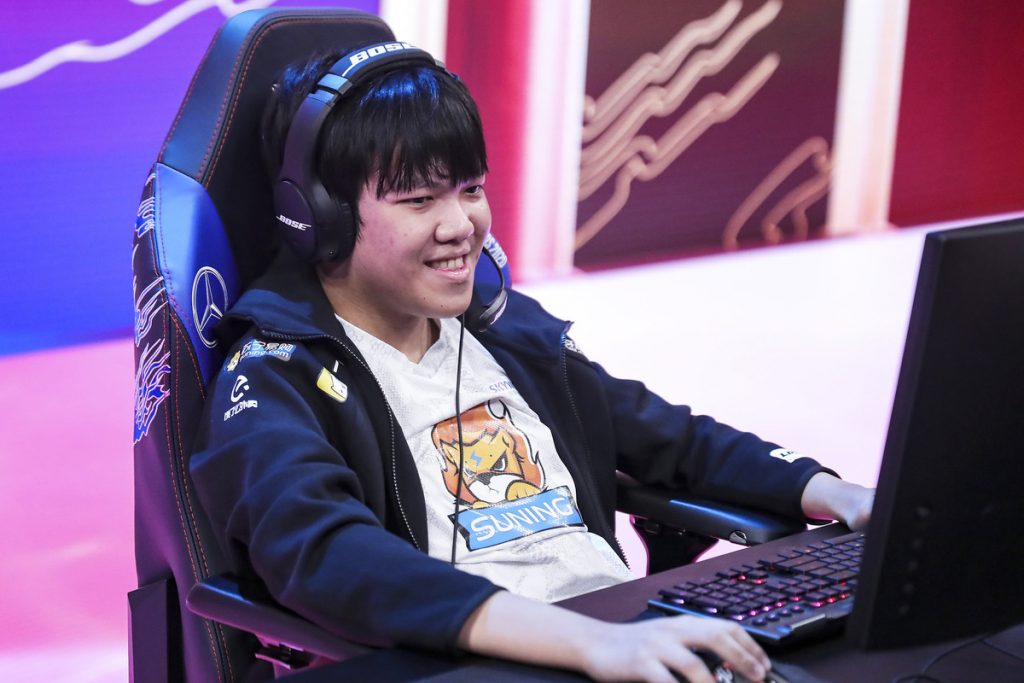 Professional League of Legends is back underway. The LoL Pro League (LPL) kicked off the year ahead of other leagues, starting us off with a Worlds semifinals rematch between Suning and Top Esports. Suning showed that their new lineup could produce similar results, while Invictus Gaming’s win over JD Gaming is a good sign for iG’s new roster. We take a look at the top news and storylines so far across the world.

NO SWORDART, NO PROBLEM FOR SUNING

During Suning’s surprising run to the 2020 Worlds Finals, there was plenty of praise to go around. Suning kept four of their five members intact for 2021, but losing SwordArt to TSM was perceived to be the biggest possible blow. Part of that is where Suning’s organizational depth was concentrated. Yu “Biubiu” Lei-Xin, Wei “Weiwei” Bo-Han, and Lee “Samd” Jae-hoon all were returned from loan to Victory Five in the offseason, giving Suning incredible backup options at top, jungle, and ADC. Only mid lane and ADC did not have two players with LPL experience in the organization, and Angel was still signed through 2021. So, truly, losing SwordArt was the worst possible scenario for Suning in the offseason.

Instead of bringing in a free agent, like they did with SwordArt two years ago, Suning promoted from within. Luo “ON” Wen-Jun (formerly known as “OwO”) was given the spot on the main roster.

Suning and ON were tested immediately, facing Top Esports in their opening match of the season. Though Top Esports were breaking in their own new support in Wang “Zhuo” Xu-Zhuo, that was by their own choice. Zhuo came in as the top regarded LDL support prospect, expected to be the next great player in the league.

It was ON, however, who looked more prepared for the big stage in their first match. ON began the series on Galio, a surprising pick that isn’t a standard pick at support in the current meta. ON did well to survive lane with huanfeng’s Kai’Sa, using his Hero’s Entrance to dissuade TES fights started by Zhuo’s Leona. ON also broke out a support Maokai in the second game, showing that he isn’t afraid to play an unconventional style.

That style definitely worked out for huanfeng and Suning. The ADC phenom had a great sophomore debut, going 15/0/13 across his two games on Kai’Sa. There were absolutely no problems with the new lane combination. But, even more importantly, ON fit in well with the team. TES twice drafted aggressive engagers for Zhuo, but Suning were able to play defense in the early game to get to their scaling. It bodes well for Suning that a team as talented as TES could not brute force their way to victory. SwordArt might be gone, but he didn’t take the secrets of good teamplay with him.

Unlike Suning, Invictus Gaming were one of the teams breaking in new players by choice. iG added former eStar ADC Zhang “Wink” Rui and promoted jungler Peng “XUN” Li-Xun of their LDL-winning academy team. Gao “Ning” Zhen-Ning and Ding “Puff” Wang both remain on the roster, but the pair of new players were brought in to give a spark to iG going into the year.

XUN’s performance was more impressive than his statline, though. You have to factor in that he was going against Seo “Kanavi” Jin-hyeok, one of the best junglers in the LPL. Kanavi was MVP of the 2020 Spring Split, and after a tough start to 2020 Summer, rebounded to again be an elite jungler. XUN showed no hesitation in going after Kanavi in his debut, invading with the help of Song “Rookie” Eui-jin to hold Kanavi and JDG down. Kanavi finished 1/7/5 in the two games.

While we still have to be cognizant of sample size, the possibility of iG having found a good jungler is very exciting. Ning hasn’t been anything of the sort since iG’s World Championship win, leading to iG to experiment with Lu “Leyan” Jue. XUN linked up well with Rookie, pushing around a new but experienced duo in Kanavi and Su “Xiye” Han-Wei. We also know that XUN has the same ability to play around Kang “TheShy” Seung-lok, if he so chooses. XUN could be the missing piece for an iG squad that has stalled out due to jungle issues.

Wink’s addition is also exciting, but there still could be changes to come in bot lane. Baolan took the first start of the year, but LDL promote Li “Lucas” Tan-Pan-Ao is highly regarded after winning the LDL last year with XUN. We saw XUN link up well with Rookie, but it will be interesting to see how he and Baolan connect. If there are any issues with that pairing, it wouldn’t be surprising to see iG turn to Lucas, as the two have had plenty of success together.

The LCK is the next region to start their season, kicking off their first match on Wednesday, January 13th. Gen.G will take on KT Rolster in the first match, followed by T1 and Hanwha Life Esports’ newest additions Jeong “Chovy Ji-hoon and Kim “Deft” Hyuk-kyu.

The LCS follows shortly after with their Lock In tournament to start the year. The kick off tournament starts with a group stage on Friday, January 15th, progressing to a best-of-three knockout stage the following weekend. TSM start life without Søren “Bjergsen” Bjerg and Yiliang “Doublelift” Peng against 100 Thieves in the first match, while Cloud9’s Luka “Perkz” Perković will debut against Evil Geniuses later in game three.