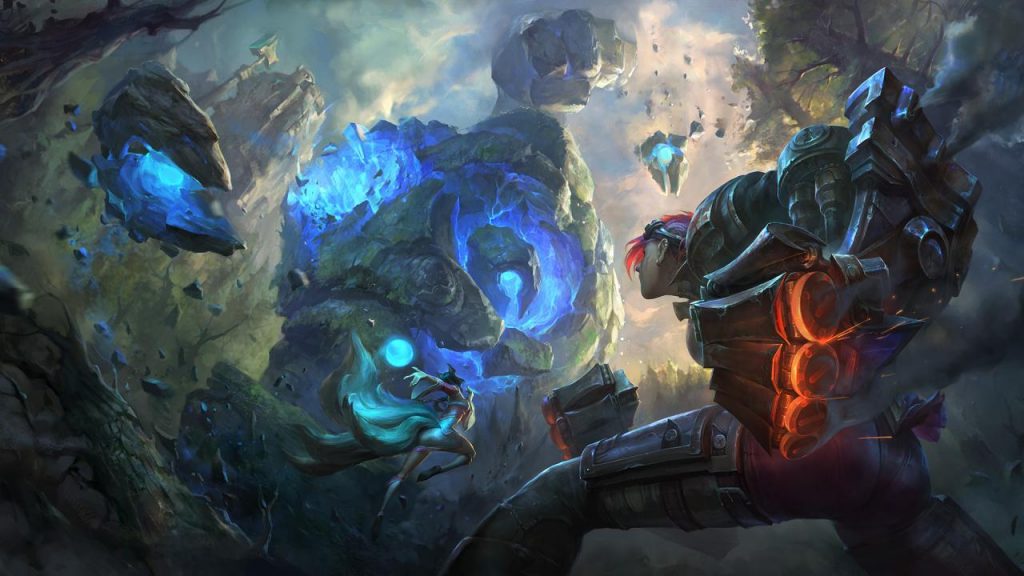 The 2019 League of Legends World Championship patch is behind us, but that doesn’t mean the patch schedule is put on hold for the next month. Riot Games released their notes for Patch 9.20, focusing on big changes for Garen, Shaco and Viktor. Riot stopped short of calling each update a full rework, but the changes are intended to “freshen up” these champions that have been falling in play rate. We take a look at those and the other changes you’ll see when you load onto the Rift.

Garen had all five of his abilities updated, including his Passive – Perseverance. The highlights here are that Garen gets more regen from his passive, Q – Decisive Strike now scales with attack speed, W – Courage is now a shield instead of damage reduction, E – Judgment also now scales with attack speed, and the Villain passive has been removed for R – Demacian Justice.

From the start, it’s obvious that Riot is trying to push a more traditional bruiser role on Garen by giving him a reason to build attack speed. As if that wouldn’t already make Conqueror a stronger Keystone on him, E – Judgment now also grants stacks of Conqueror on each spin. While Garen will still have a similar trade pattern — hang back and regen until Q – Decisive Strike and E – Judgment are off cooldown — the building of attack speed will help him to feel less hampered when those abilities are on cooldown.

R – Demacian Justice gets a big buff by removing the Villain passive, even if the damage numbers have been nerfed. That’s because Garen’s ultimate will now do true damage to any target, regardless of its power level in the game. This will give Garen more access to chasing down kills in lane and allows him to focus priority targets in team fights, rather than having to decide between that priority target or maximizing his ultimate’s damage.

Overall, the changes in Patch 9.20 will certainly make Garen a more interactive champion in lane and will give a boost to his team-fighting power.

Shaco also received updates on all five of his abilities. His Passive – Backstab now deals bonus damage from behind instead of critically striking, including allowing Two-Shiv Poison to deal additional damage. Q – Deceive got a buff in stealth duration, W – Jack In The Box now deals AoE damage, E – Two-Shiv Poison is changed from physical to magic damage, and R – Hallucinate’s boxes trigger immediately.

The intended goal here is to shift more power back into Shaco’s early game. He’s always been known as an early-game menace due to his stealth and execute damage on E – Two-Shiv Poison, but he had actually evolved into a farming jungler pushing for late game. The biggest problem was that Q – Deceive needed to be leveled early to up the stealth duration, coming at the cost of putting early points into damage.

Now, Shaco gets 2.5s stealth duration from the first level of Q – Deceive, a full second longer than the previous rank 1 of the skill. This will allow Shaco to level up his E – Two-Shiv Poison early to put out more damage. It doesn’t hurt that E – Two-Shiv Poison also got a flat 15 damage buff at every level.

W – Jack In The Box attacking in AoE and R – Hallucinate triggering boxes immediately are nice quality of life updates, though they won’t change a lot with his champion interactions. The W – Jack In The Box updates look like they will help Shaco’s early clear, which is again helpful to get him to feel more impactful in the early game.

The tradeoff is that AD Shaco loses some late-game scaling, including in the form of moving E – Two-Shiv Poison to magic damage, but Shaco mains should be happy that the jester can wreak havoc from the get-go. 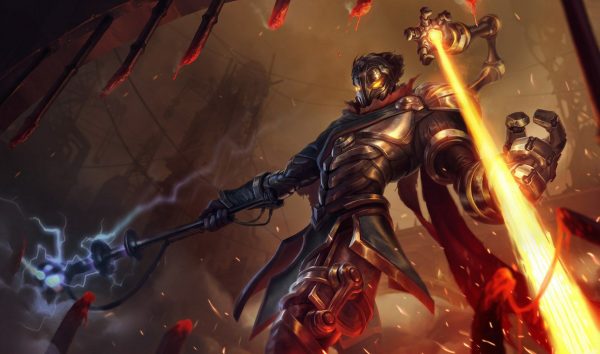 Viktor didn’t receive quite as many changes as Garen or Shaco, but he still got some love that should help him regain a bit of favor on the Rift. Q – Siphon Power no longer scales with mana, W – Gravity Field’s Augment: Magnetize now allows for direct spell hits to slow enemies by 20%. R – Chaos Storm got several changes. These include continuing to chase champions after Viktor dies, now moving over terrain, ticking every second for a total of 6s, and the Augment: Perfect Storm now moves even faster.

The change to Q – Siphon Power should make Viktor feel a bit better to play as a mid laner, given they generally prefer to build mana regen rather than flat mana. It does remove some of the incentive to build items like Iceborn Gauntlet in top lane, though some flat damage was given back in compensation.

The slow in W – Gravity Field’s Augment should give Viktor players another good option when deciding their level-up order. Typically Q – Siphon Power and E – Death Ray have always been the first two pickups (in either order), but an essentially free Rylai’s Crystal Scepter slow from the W – Gravity Field Augment cannot be ignored. It wouldn’t be a surprise to see it leveled as a first or second Augment going forward.

The R – Chaos Storm updates are more quality of life changes that should make Viktor feel better to play, if not skyrocket his win rate. R – Chaos Storm often feels clunky and used only for the initial burst before enemies run away from the ticks. The increased movement speed of the ultimate and faster ticks should mean more of the damage lands, even if the Augment isn’t one worth pursuing.

Viktor didn’t get changes on the same level as Garen and Shaco, but he also didn’t really need them. These small buffs should be enough to give Viktor more meaningful choices in his Augments and the damage numbers on his ultimate can be monitored and tweaked as needed.

• Blitzcrank took base and scaling armor nerfs.
• Ivern is now a ranged champion at all times (not just while in brush).
• Lissandra gets increased ability power scaling on her Passive – Iceborn Subjugation and W – Ring of Frost.
• Pantheon’s Q – Comet Spear had it’s base damage nerfed.
• Qiyana’s Q – Edge of Ixtal base damage nerfed early.
• Varus received small buffs to his attack damage and mana regen.

The full Patch 9.20 notes are available on the official League of Legends website.