LoKeN on DWG, Shotcalling and Kanavi 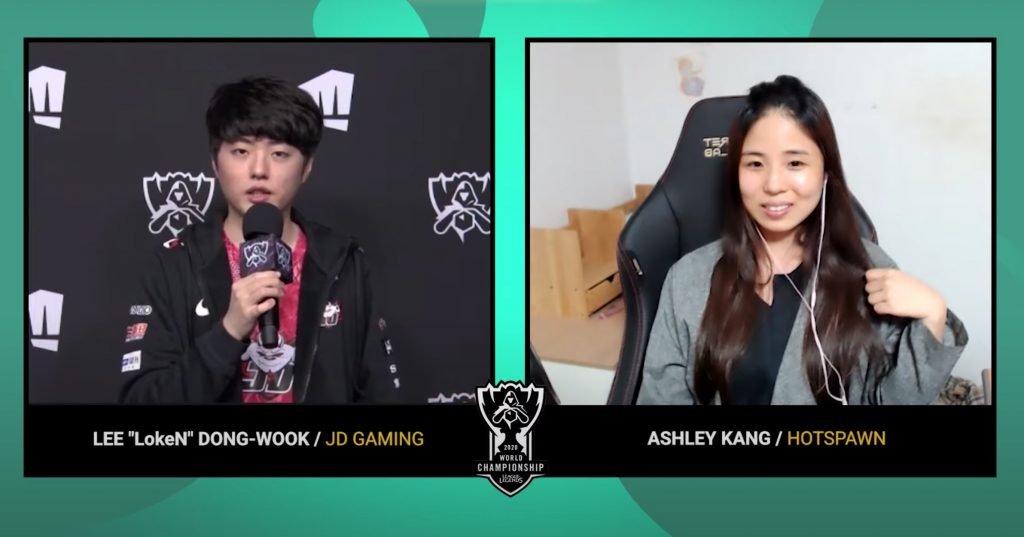 "We will beat DAMWON at all costs the second time around.” - LoKeN

JD Gaming entered Worlds 2020 as one of the presumptive favorites and little has changed since the start of the Group Stage. After opening the Group Stage 2-1, Ashley Kang sat down with JDG bot laner Lee “LokeN” Dong-wook on behalf of Hotspawn to talk about everything Worlds 2020. Of course, the clash with DAMWON Gaming is at the forefront of LoKeN’s mind.

“DAMWON did play that game well, but also, we made many mistakes on our side. We have improved on this aspect a lot since the first day,” LoKeN explained. “We fell apart helplessly against DWG in our first match. Many players on the team were upset about this. Now, everyone is working hard under the same mindset. We will beat DWG at all costs the second time around.”

Of course, since that opening loss to DWG, JDG has been showing their strength on the rift, topping Rogue and PSG Talon. One of the reasons for these victories and their overall stellar play during the Summer Split was the way the shotcalling for JDG. Something LoKeN is, admittingly, a little unaware of.

“I’m just a bot laner who’s hanging out in bot lane picking up CS,” LoKeN laughs. “Maybe our jungle and support can tell you more about this…You know, last-hitting minions is a lot of work.”

Though lighthearted about how the team sets up their teamfights, LoKeN is quick to heap praise on his teammates. That is especially true for Kanavi.

“2020 has been a great opportunity for Kanavi and he has been excelling in his own right,” Kanavi says. However, the bot laner is not ready to simply say the meta plays into Kanavi’s excellence. “To be honest, Kanavi would be just as good if we asked him to play more passive jungle champions. He’s just good at the game.”

JD Gaming will take to Summoner’s Rift again on October 9 when Group B wraps up their Group Stage action.