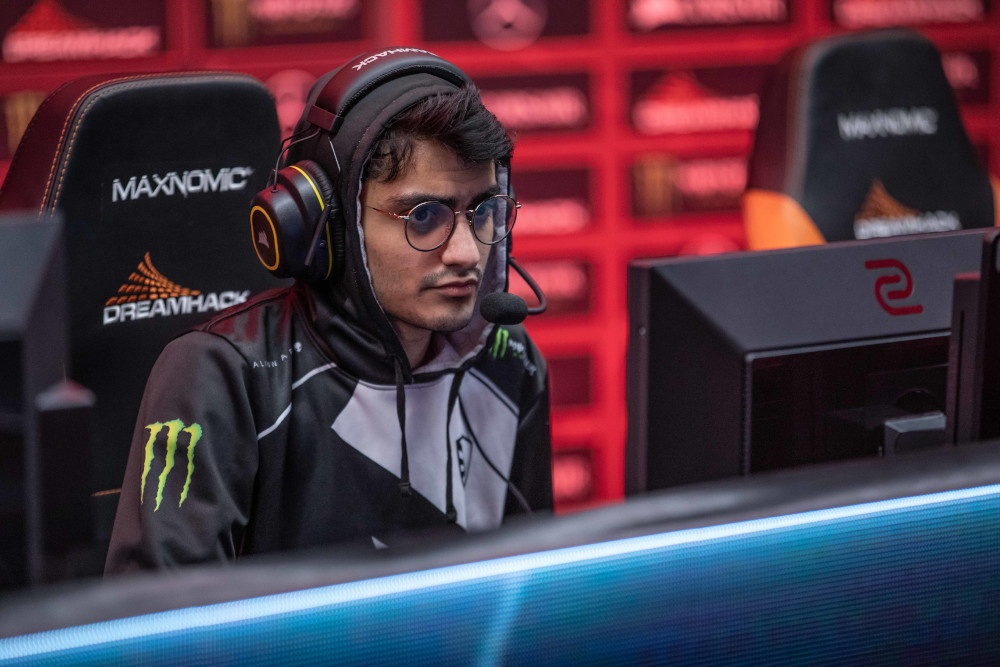 A massive upset has unfolded at ESL One Germany, with Team Liquid sweeping Team Secret in two games to eliminate them from the competition. (Photo courtesy Team Liquid)

The streak is officially over! In a complete and utter upset victory for Team Liquid, Team Secret’s run of seven tournament wins since May this year has been snapped in twain — and in incredibly convincing fashion, no less. Finding courage and swagger that no one else has throughout these last several months of online-only Dota 2 competitions, Liquid strolled into their lower bracket matchup and manhandled Secret in a way nobody could have expected. The result: Team Liquid 2, Secret 0.

That's right you saw it correctly 🥴

Team Liquid looking very impressive as they take the series after a 25min game! @TeamLiquid 2-0 @teamsecret

Unfortunately that means Team Secret are out of #ESLOne Germany Online, GGWP to them! 💛

The squad captained by Aydin “iNSaNiA” Sarkohi finished what mudgolems started last Thursday, as mudgolems were actually the ones who sent Secret to the lower bracket in the first place. Much like the outcome of Liquid versus Secret, mudgolems also put their upper bracket series to bed in two games before Clement “Puppey” Ivanov and the rest of his compatriots could mount any sort of comeback.

The first game proceeded pretty much as normal, with Secret getting whatever they wanted on the map leading into the mid game. The laning phase went well for them despite Puppey giving up quite a few deaths early on, with both Lasse “MATUMBAMAN” Urpalainen and Michał “Nisha” Jankowski settled into their grooves as the game rolled on. Both of them kept most of Team Liquid in check up to the 25 minute mark, helping their team coast to a 10,000 gold lead before the late game. Secret had also taken a set of barracks away from Liquid at this point, making the situation look dire (pun intended) for iNSaNiA and his crew.

.@teamsecret takes the first rax and are currently 9k ahead vs @teamliquid!

Unfortunately for them, this is when things started to unravel a little. Despite the advantage that they held, it was Michael “miCKe” Vu’s heavily farmed Phantom Assassin that swung the game in Liquid’s favor. Shrugging off the Monkey King Bar-enhanced attacks from MATUMBAMAN’s Lifestealer, miCKe looked fear straight in the eye and went in hard to exploit the favorable one-on-one carry matchup. Heads began to roll left and right as miCKe scored crit after crit after crit, dealing nearly 39,000 points of damage to Secret’s heroes by the game’s end.

OKAY @teamliquid LOOKING FOR A COMEBACK 💥

Tenured veteran Maximilian “qojqva” Bröcker was no slouch in the offense department either, following miCKe close by with 38,000 damage to his name as Huskar. Liquid’s two main cores leveraged their draft advantage accordingly, with miCKe going toe-to-toe with Lifestealer quite well and qojqva messing with Nisha’s Tiny and Ludwig “zai” Wåhlberg’s Dragon Knight using his Heaven’s Halberd. Of course, iNSaNiA getting his hands on his favorite hero Oracle made qojqva a very happy Huskar, with the hero duo’s infamous synergy coming in big during engagements.

THIS ENDING 🤯 THE COMEBACK IS REAL @teamliquid! 🔥

By the 35 minute mark, Secret’s collapse had well and truly begun. The lead was no longer in their hands, and not even the Black Holes stolen by consummate Rubick master Yazied “YapzOr” Jaradat could save them in the end. Liquid closed the game out several minutes thereafter, and for once it seemed like Secret were lost and confused.

Most spectators likely thought that Secret would bounce back in the second map, as they have shown before that they are capable of picking themselves up after uncharacteristic losses; one only needs to look at their lower bracket recovery at ESL One Birmingham in June to see that. That could very well have been the outcome given their solid draft, which included counters to Samuel “boxi” Svahn’s Timbersaw in the form of Undying and Bloodseeker. The Undying pick in particular was projected by panelists Kyle Freedman and Troels “syndereN” Nielsen to be a potential nuisance in the laning phase, indicating their confidence in Secret’s early game.

THE GG BRANCHES BY @boxi98 😱🌳 @TeamLiquid picks up 4 kills on @teamsecret!

What transpired was actually the opposite. Boxi simply raised the middle finger at Secret and their supposed counters, exploding for 10 kills in 25 minutes of play without a single death surrendered to his opponents. Both Puppey and zai drew even with boxi in the lane, but the excellent job done by qojqva as Storm Spirit against Nisha’s Ember Spirit allowed him to also get in on the action with 10 kills himself. His 12 minute Orchid Malevolence timing proved to be a key factor in the second game as he placed crucial silences on important targets like MATUMBAMAN’s Lifestealer early on.

Echo Slamma Jamma!!! @Taigadota gets the perfect DUNK on @teamsecret!

Watch it again with the @IntelGaming Moments of Brilliance Replay 🔥

The glue that held Liquid’s gameplan together though was Tommy “Taiga” Le’s dazzling play as the soft support Earthshaker. Some seriously effective Fissures and Echo Slams came out of the young Norwegian player as he kept Secret locked down for significant amounts of time in teamfights. A picture-perfect dunk at the 19 minute mark really solidified Liquid’s chokehold on the game. From there it was just a matter of keeping it clean — which Liquid certainly did by ensuring that they did not give up any more deaths until the end.

Just 14 seconds before 26 minutes had elapsed, Puppey decided that he had seen enough, and conceded the series to the red-hot Team Liquid.

This result has undoubtedly started a fire under each member of Team Liquid as they look towards the lower bracket final on Saturday. It is there that they await the winner of mudgolems versus Natus Vincere, and where their hopes of getting to the Grand Finals lie. If they can beat this historic Team Secret roster in a best-of-three, though, we’re sure that they’re more than capable of capturing the title here at ESL One Germany.

Secret, meanwhile, have likely been left stupefied and wondering what just hit them. There’s no doubt that they’re still the best team in the region (if not the entire world, because COVID and all) given their consistency and understanding of the metagame, but having won seven straight tier 1 tournaments only to lose to mudgolems and Team Liquid must sting even a little.

Thus, a record-setting streak of championships for Secret has come to a shocking end. No matter what, though, we’re certain that they’ll be back with a vengeance in the next event — that being the EPIC League in November.