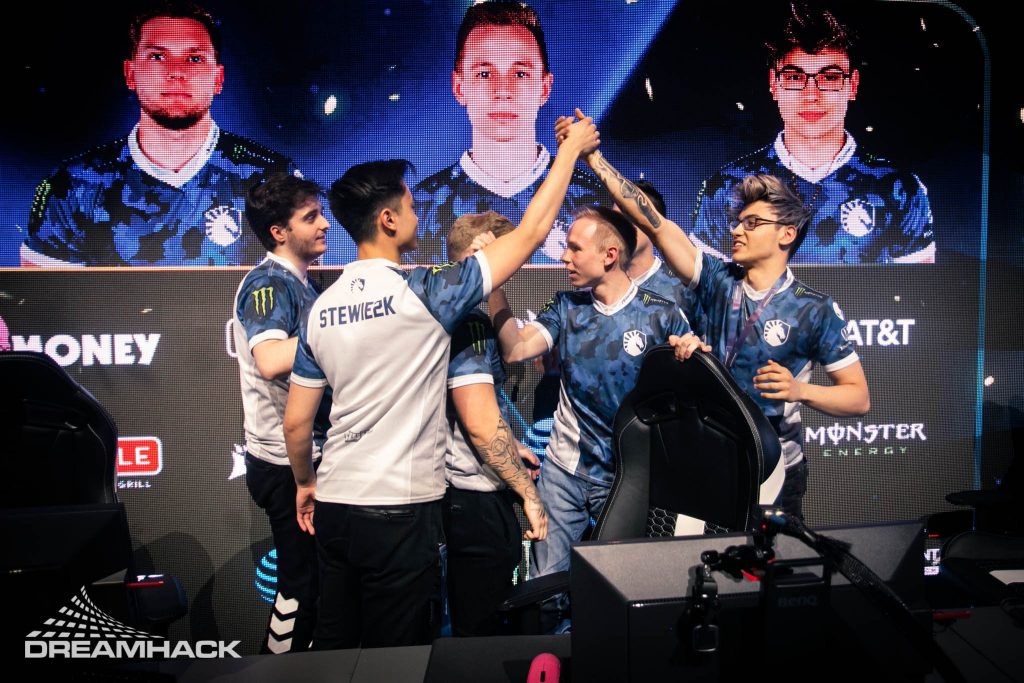 It was a blisteringly hot weekend in Dallas, Texas and the energy inside the Kay Bailey Hutchison Arena met comparable levels of severity for the DreamHack Masters playoffs. The last six Counter-Strike teams clashed for the greater part of a $250,000 cash purse as well as a notch towards the Intel Grand Slam. With the crowd behind them, local heroes Team Liquid stood upon the winner’s pedestal and lifted the trophy at DreamHack Dallas.

Let’s get into what we took away from DreamHack Masters.

The Brazilian team, FURIA, has continuously taken strides to rival their domestic counterparts, MIBR, since the beginning of the season. Since attending IEM Katowice back in February, FURIA has associated themselves with dynamic and explosive gameplay—providing a jaw-dropping spectator experience any time they join the server. Fortunately for those viewing from home and inside the arena itself, the FURIA we speak of highly here is the one we witnessed in Dallas.

Advancing through Group B in style, FURIA thrashed NRG and Fnatic to pit themselves against ENCE in the winners’ match. The Brazilian fervor was not enough to grant them passage directly into the playoff semifinals, but it was shockingly close as they took a map off ENCE on Train.

In the quarterfinals of the playoff, FURIA squared up against Team Vitality and with that, the French prince of CS, Mathieu “ZywOo” Herbaut. Coming off a big win the week prior at cs_summit 4, Vitality was certainly in contention to go deep in the playoffs; though, FURIA would have something to say otherwise as they bypassed the French in a pair of convincing 16-8 finishes.

In the following series, the Brazilians were pitted against their toughest opponents yet, Team Liquid. It was a tough sell to think FURIA could surface above the North American titans from the start, though, they were certainly able to keep things interesting. The opening map on Nuke inspired some beads of sweat from the heavily Liquid-favored crowd. Andrei “arT” Piovezan hit a couple jumping Scout shots that drew applause from the echoes of the arena; ultimately, Liquid would clinch Nuke and the following map to advance into the Grand Finals over the Brazilians.

FURIA’s expedition in Dallas characterized the hunger this team has to improve and win—something that Liquid acknowledged prior to their series getting underway. Now that the squad has tasted a hint of blood from much bigger and more established teams, we anticipate them parlaying this momentum into something greater over the course of the season.

Dallas was FaZe Clan’s first outing with Polish superstar and latest in-game leader, Filip “NEO” Kubski. The band started off hot in Group A, trouncing Windigo and Ninjas in Pyjamas cleanly before meeting Liquid in the third round. If you consider the history of clashes between the two being close, then consider this series business as usual. Overtime set a stern tone early in the series, the victor hardly clear as both superteams clashed forcefully with one another. In the end, FaZe would fall, but luckily only into the quarterfinals and not out of the tournament.

Persistent as they are it's @ENCE who beat @FaZeClan and reach the Grand Final that they will play against @TeamLiquid! ⚡⚡⚡#DHMasters pic.twitter.com/aQCJoLz9NZ

FaZe Clan’s playoff run produced a gripping triple-overtime scenario against G2 Esports and nail-biting series against ENCE. They finished third-fourth at DreamHack Dallas; however, we think the team may be onto something better with the latest addition of NEO.

Championship Sunday saw the arena as packed as it had been all weekend to witness Team Liquid face off against ENCE in the Grand Finals. The opening ceremony lit the stadium halls from front to back, touching on the story of both contenders prior to entering the server.

For Liquid, it was a chance to both close in on Astralis in global rank as well as secure two out of the four points required to win the Intel Grand Slam Season 2 title. For ENCE, on the other hand, they wanted to earn their first notch towards the Grand Slam while further cementing themselves as a tier one team in Counter-Strike.

Everything went according to plan for Team Liquid on the opening map. As the casters predicted and the crowd wished for, the NA troop dominated their opposition.

Overpass proved to be a much tighter running as both sides traded shots and flashes of brilliance that had the crowd on the edge of their seats. As ENCE had displayed on Mirage, the unit was quite tactical and efficient in their retakes on the counter-terrorist side. The map was neck-and-neck as the teams switched sides in a 7-8 scoreline with the Finns just barely ahead.

ENCE came out hotter than Liquid could handle on the terrorists’ side, stealing the first five rounds and putting the North Americans up against the ropes. As Jake “Stewie2K” Yip does, the 21-year-old star fragger came to life in the clutch— driving Liquid and company back into the game with key kills and big plays. Round by round, Liquid inched closer to taking the map back from ENCE before the Finns stole the final round to force the overtime scenario. Equally as tense as the regulation rounds, matters were close in overtime—though, ENCE just barely clinched the victory to win 19-17.

Team Liquid didn’t relent on Map 3—positioning themselves well at the half with a 10-5 lead transitioning onto the CT-side. Jonathan “EliGE” Jablonowski helped his team seal the deal on Inferno, netting a 1.38 rating and earning his first MVP medal after the team closed the series out against ENCE 16-13.

As with IEM Sydney last month, the title finish is another positive and bright step forward for Liquid. In addition to enacting some vengeance against the same team that trounced them in the IEM Katowice quarterfinal, Liquid can find virtue in dispelling the team’s curse of falling short in the finals. The win in Dallas positions Liquid as the leader in the race to the Intel Grand Slam; though, they’ll controversially be missing the next tournament in the circuit, ESL One: Cologne. Regardless, with a DreamHack Masters title now under their belt, the remainder of the season is looking luminous for the North American squad.