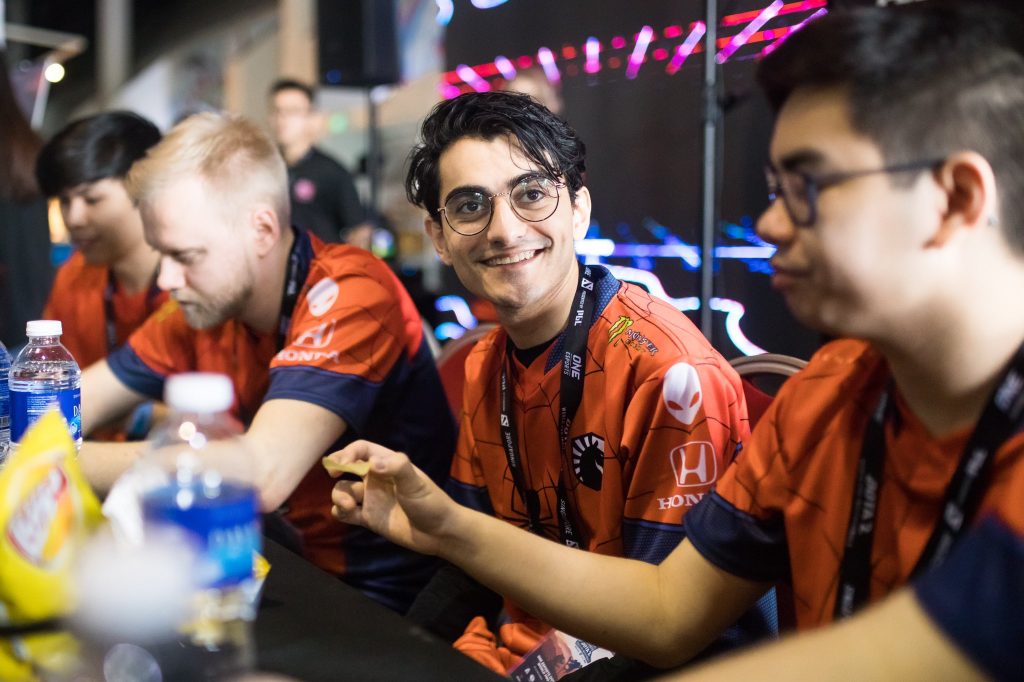 Three years of toiling and grinding have finally paid off for iNSaNiA and his friends, who have been playing together for three years now. (Photo courtesy Team Liquid)

For the first time since MDL Macau in February 2019, the name Team Liquid is associated with championship gold in Dota 2 once again. The squad led by the 26-year-old Danish support player Aydin “iNSaNiA” Sarkohi took their place as the winners of ESL One Germany on Sunday, defeating fan favorites Natus Vincere three games to one in a very persuasive Grand Final performance.

Thank you to all the fans and worldwide TL family for your support and cheers as we lift our first trophy of the year.

They accomplished this feat just two days after sending the historic Team Secret roster home with their tails between their legs, ending the team’s unprecedented streak of seven straight online tournament victories since May earlier this year. Liquid made sure to capitalize on the boost to their momentum and morale in the round thereafter by also eliminating mudgolems in the lower bracket finals two games to none.

The Long Road to Redemption

Getting to the Grand Finals in the first place was not easy for Liquid, although they certainly made it look like a walk in the park; they dropped just a single map from the start of the lower bracket. They were actually put there by mudgolems, whom they were defeated by in three games. Upon arriving in the lower bracket, Liquid faced Team Nigma — the same squad that used to play under their banner before their departure in November 2019.

Even without team captain Kuro “KuroKy” Salehi Takhasomi, Nigma proved to be a match for Liquid — getting on the board first in the best of three elimination series after an explosive game from Amer “Miracle-” Al-Barkawi as Faceless Void. The future esports hall of famer posted a perfect score of 16-0, farming up a storm all the while even without a farming item like Maelstrom or Battle Fury. With almost 700 gold per minute to his name by the end of the map, there was very little that Liquid could do to stop his advance, and Maroun “GH” Merhej’s 23 assists as Clockwerk certainly did not help in this regard.

Nigma held onto the lead the whole game, with the net worth graph entirely on their side for all 31 minutes of play. Though Liquid managed to win one teamfight in the midgame, it just wasn’t enough to spark a comeback. Nigma’s cores were simply untouchable by the end, thus forcing Liquid to concede the map and look towards staving off elimination.

HUUUGE TEAMFIGHT FOR @teamliquid with @iNsan1a stealing the lightbulb as Rubick 👀💡

That’s exactly what they did in the second game, digging deep to prevent an untimely exit from the tournament. Putting on his Superman cape (known as Storm Spirit), Maximilian “qojqva” Bröcker imposed his will on Nigma, scoring 21 kills and dying just twice throughout 45 minutes of play. His 13 minute Orchid timing allowed him to terrorize the ability-dependent Nigma draft at every turn. Of course, Michael “miCKe” Vu would not let his midlaner upstage him, as he put in 16 kills of his own as Spectre as well.

This time, it was Liquid’s turn to put the game in a chokehold — and by the 20 minute mark Nigma as a whole were bleeding profusely as their former organization beat them to a pulp in teamfights. By the time the late game rolled around, Liquid had to themselves a net worth lead of more than 20,000 gold, which tells you all that you need to know about how well they executed and kept their heads cool in the face of possible elimination.

GGWP!@teamliquid take this INTENSE series 2-1 vs @teamnigma with 30K ahead at 34min!

Their mental fortitude continued into the third and final game — to a degree that even the best Dota analysts and pundits would not have predicted. Sensing that their opponents were reeling from the Game 2 loss, Liquid threw a powerful haymaker in Game 3, switching things up to put miCKe in the middle lane in qojqva’s place against Aliwi “w33” Omar. The mid Snapfire pick worked to perfection, and miCKe led the way in terms of dealing damage at 32,000 points by the game’s end.

The final score was 41 kills in Liquid’s favor, compared to the mere 15 over on Nigma’s side. A truly convincing comeback effort from iNSaNiA’s boys which set them up for the miracle run going forward.

Spurred on by their survival of the first elimination round, Liquid proceeded to smash through the rest of the competition in the lower bracket. They brushed aside Vikin.gg in the second round, though it did take them more than an hour to close the match out in the second game thanks to the resilience of Indji “Shad” Lub as Lifestealer. Then in a shocking turn of events, they made Team Secret look like a group of pub players in the third round, beating them to the punch at every corner.

Then of course there was the rematch against mudgolems, where they performed incredibly well. Samuel “boxi” Svahn was able to get his hands on his Timbersaw in the first game, which afforded both miCKe and qojqva space to operate as Juggernaut and Visage respectively. miCKe in particular got off to a fantastic start as a result, running away with all the farm he could ever want which eventually turned into a 24 minute Eye of Skadi timing for the carry player.

Mudgolems putting up a fight vs @teamliquid who are 5K ahead right now!

Lower bracket final is LIVE! Come and join us! 👇

Though Duško “BoraNija” Boranijaševic tried his best to keep mudgolems in the game as Storm Spirit, it was Liquid that edged out the victory 23 kills to 18. Liquid actually didn’t hold onto a massive lead or anything throughout the 34 minute contest, with their advantage breaking five digits only after the deciding late game teamfight.

The close fight continued in Game 2, where the final score was dead even at 28 kills apiece. Despite the deadlock in kills however, it was Liquid who came out on top, as most of their farm went to the right players: that being miCKe and qojqva as usual. miCKe wasted no time obtaining his core items as Phantom Assassin, grabbing a Black King Bar at 21 minutes to shrug off mudgolems’ mady slows and stuns and a Desolator just four minutes later. qojqva on the other hand bullied his way through mudgolems’ lineup, leveraging Death Prophet’s natural durability and ability to silence spellcasters to control the pace of the game.

GGWP! @teamliquid takes the series and are going to the GRAND FINALS! 💥💥💥

Their individual performances were what allowed Liquid to prevent mudgolems from running away with their early lead, which reached almost 9,000 gold at the 27 minute mark. Liquid snatched the advantage and turned it into an equivalent lead of their own in the late game, which mudgolems were able to retake a few minutes thereafter — though only to a small degree. They took this as their cue to try and end the game by going straight down the middle lane, but unfortunately for them they were repelled by Liquid and sent back to their base to reset.

The last few teamfights past 50 minutes proved to be too much for the mudgolems to handle, and the lead went straight back into Liquid’s hands for the final time. Valiant as their efforts might have been, mudgolems were forced to surrender the match, and thus their chance at the title.

Ablaze with all the confidence in the world, Liquid then went into the Grand Finals with no fear in their eyes. They could not have asked for a better start against Na’Vi, as they were able to crush their championship rivals in just 30 minutes in the first game. The scoreline of 31-5 in favor of Liquid is already very telling of how things went down (read: disgustingly well). Their aggressive, midgame-focused draft paid off brilliantly, with qojqva’s Viper, miCKe’s Faceless Void, and boxi’s Slardar rampaging across the map early and often.

Game 2 belongs to @teamliquid!
After a pretty much flawless performance from them they close out the game after ANOTHER 30min and a 22K lead (that is 1K more than last game)

Na’Vi simply stood no chance in Game 1, and there was no doubt that everyone watching was in awe of the pace that Liquid were playing at. Game 2 was no different, with qojqva once again hitting his stride as Storm Spirit with a 12 minute Orchid pickup. The kind of havoc he was causing around the map helped miCKe have the Sven game of his life, as the carry player coasted to a cool 790 gold per minute. With their carry overfarmed as such, all Liquid had to do was take fights whenever God’s Strength was off cooldown in order to get the 2-0 lead in the series.

Not content with getting swept, though, Na’Vi hunkered down in the third map to play their own brand of Dota and strike back at Liquid. Their draft consisted of a wombo combo trio involving Vladimir “RodjER” Nikogosyan’s Phoenix, Victor “GeneRaL” Nigrini’s signature Mars, and Andrey “ALWAYSWANNAFLY” Bondarenko’s Disruptor — which worked beautifully as they were able to exert plenty of control in teamfights as a result. Their frequent encounters with miCKe’s Spectre bore plenty of fruit for them as well, isolating and assassinating him in key moments to keep his farm and damage output in check.

Things are looking good for @natusvincere in game 3, as they are 8k ahead! 🔥

Though there were some close calls for Na’Vi in the third game after some scrappy plays by Liquid, they were able to seal the deal in 45 minutes — and not a minute too soon considering Liquid’s late game draft advantage. Despite this, Liquid would quash any hopes of a reverse sweep in Game 4, once again relying on qojqva’s Storm Spirit to lock down the early game. miCKe certainly appreciated this as Juggernaut, as the space allowed him to get several kills early on and to buy his Battle Fury just 13 minutes into the game.

Though Liquid did not have a staggering advantage until the mid game, the sheer power of their two main cores was more than enough to help them put the game out of Na’Vi’s reach by the 25 minute mark. The fact that Na’Vi drafted Anti-Mage for Alik “V-Tune” Vorobey in hopes of countering Storm Spirit mattered very little thanks to the extremely quick 11 minute Orchid Malevolence timing by qojqva himself — well ahead of V-Tune’s 18 minute Manta Style. Once the game reached 30 minutes of elapsed time, the title had definitely slipped out of Na’Vi’s hands, and Liquid were crowned champions of ESL One Germany.

This is the new look Team Liquid’s best result to date, and is the culmination of around three years of hard work for the roster. This lineup first began under the banner of International 2013 champions Alliance, before transferring to Liquid in late 2019. Prior to jumping ship, this roster was considered to be a midfield team in most premier tournaments — with the exception of their win at DOTA Summit 10 in July 2019.

This time however, they come out as champions — and the taste of success could not be any sweeter for them given how much they have grinded over the years. For their efforts, they bag the $150,000 first place prize as well.

We’re sure this is just the beginning for them. Their next stop: the EPIC League, starting tomorrow, November 3rd.