Lifestealer Isn’t Looking So Hot in Patch 7.24b 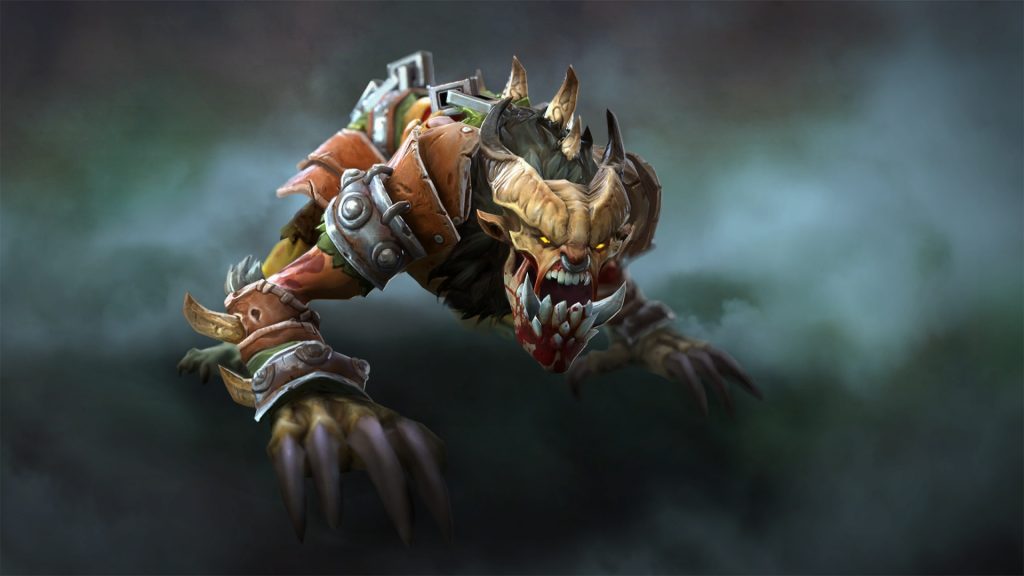 N'aix is chained once again by nerfs to his core items. (Photo courtesy Valve)

Out of all of those affected by the patch, Lifestealer is one hero that has taken a massive hit to their win rate over the last seven days. After enjoying a fairly long period of being a top-tier carry, Lifestealer’s win rate has gone down from a peak of around 56 percent on February 25 (the day before the patch) all the way to a dismal 48.67 percent.

A loss of nearly five percent indicates that the patch has truly caused Lifestealer to get thrown back into the dumpster. The shape of the hero’s win rate trend graph on Dotabuff shows as much: 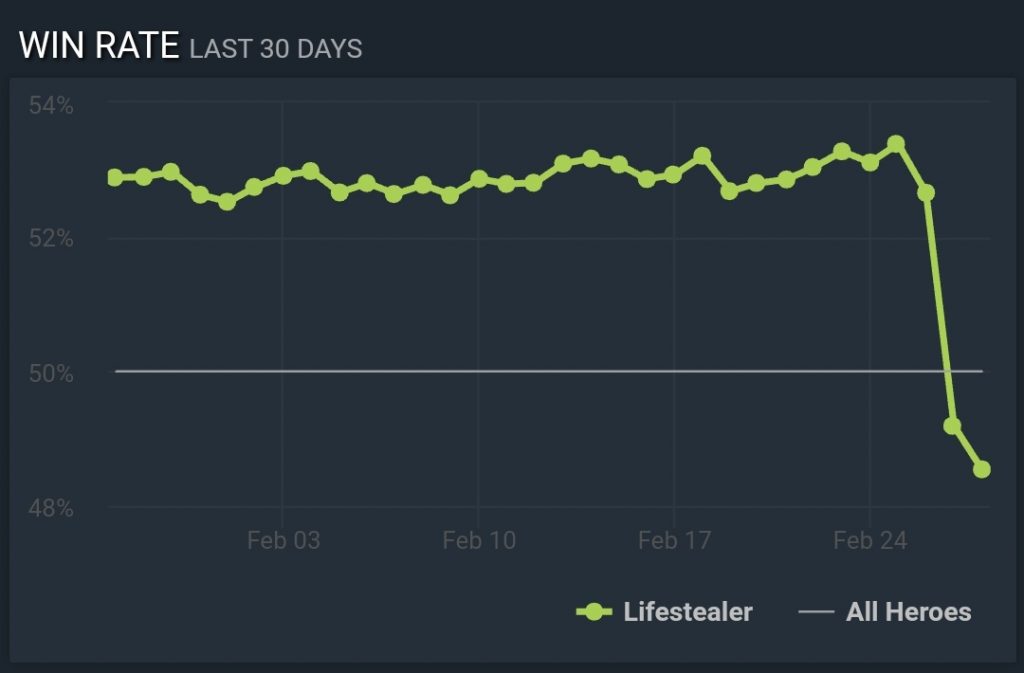 But just why did this happen to him? It’s not like the nerfs to Lifestealer himself were particularly painful, having only received small reductions to his base attack speed and his base damage. So how come changes supposedly so tiny have affected his win rate?

Truth be told, it isn’t the direct nerfs that made Lifestealer so bad all of a sudden, but rather what got stricken down around him. Maelstrom and Mjollnir in particular jump out immediately, given that they are both extremely important core items to Lifestealer.

Both items had their Chain Lightning passives adjusted downwards, from 900 units down to 650. While this doesn’t seem big on paper, comparing it to another item helps put just how much this means into perspective. 250 units happens to be how much an Aether Lens extends a hero’s overall cast range—which is absolutely substantial especially on certain heroes like Pugna and Shadow Shaman. While this does nothing to affect Lifestealer’s farming speed, it does make him a lot worse in teamfights.

This is because Lifestealer relies quite a bit on the Chain Lightning triggers to deal damage in large-scale engagements. Without the bounce range that Maelstrom and Mjollnir used to have, he now finds it a lot more difficult to extend his reach to vulnerable targets like supports in the backline.

Lifestealer also happens to have rather mediocre natural scaling, especially on the physical damage side of things. He is very dependent on DPS items in this regard, and having less reach on Maelstrom and Mjollnir certainly diminishes his overall output—particularly on targets that are susceptible to magic damage.

Speaking of physical damage, Lifestealer was also indirectly affected by the nerf to Desolator. Desolator’s Corruption passive now only reduces armor by six points instead of seven—though the amount of bonus damage given by the item was increased by 10.

This change doesn’t crush him nearly as much as the Maelstrom and Mjollnir nerfs do, but it does still affect him nonetheless. Desolator-based builds were never really the most popular on Lifestealer—but considering his mediocre physical damage output in the mid to late game, the fact that Desolator is now worse thus makes him worse during his ideal timing window as well.

Moreover, this means that Lifestealer’s team is also worse off due to the nerf. One of Desolator’s most underrated aspects happens to be the fact that it makes your teammates hit slightly harder, since the armor reduction benefits their right clicks as well. Against heroes, this doesn’t really mean much—but for taking towers, barracks, and especially Roshan it means quite a lot.

The hunter becomes the hunted

Given these nerfs, it may take a long while for Lifestealer to become viable again. His two main sources of damage have become worse than they used to be, and the old Radiance build delays his timing enough that the rest of his team suffers in a brawl-heavy metagame. Moreover, a few of his counters are also top picks right now.

The popularity of Slardar (who also took a set of nerfs this patch but has maintained a win rate above 50 percent) also means that Lifestealer has practically no spot in the meta. Slardar completely crushes Lifestealer, who relies on his magic immunity (which Bash of the Deep pierces) and passive lifesteal (which can be negated or even overpowered by the armor reduction from Corrosive Haze) to go toe-to-toe with other right click heroes.

If you want to know exactly how bad his matchup versus Slardar is, it’s around 56 percent in favor of the Slithereen Guard according to Dotabuff. Ouch.

Razor is also a big problem for Lifestealer, thanks to Static Link taking away all of his damage even through the magic immunity of Rage. Although Razor doesn’t have a shocking pick rate or anything, the fact that he remains a solid option versus Lifestealer makes his life even harder than it already is.