Life of an Esports Athlete in a Team House 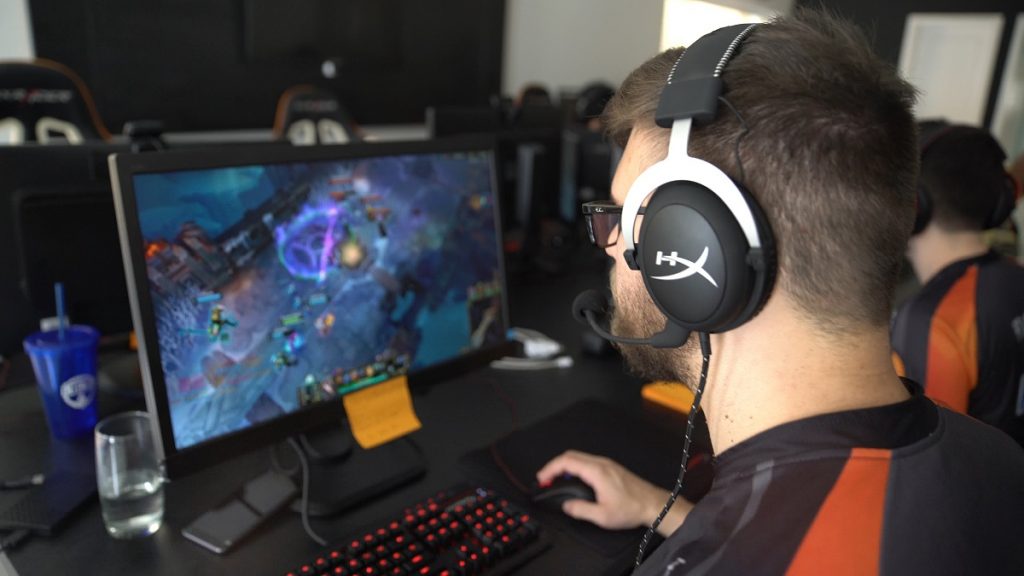 Every gamer dreams of living in a house with all their friends and teammates. If you search for gaming houses through Google or Youtube, you will be met with dozens of teams offering walkthroughs of their crib. Gaming houses are par for the course nowadays, but this wasn’t the case five years ago. Gamers and viewers may see gaming houses as an excuse to get a small group of players together for the sole purpose of competitive synergy, but this could not be further from the truth.

Since esports have trickled over to the West the industry has been wildly successful, opening new doors of opportunity for players, staff, and organizations as a whole. Since 2015, the esports market has increased 43 percent. Market experts are expecting total revenues in esports to pass $2.5 Billion by 2020 in North America. The West continues to fight for the popularity and growth Asian teams have been able to grasp, especially China and South Korea. As a way of replicating the success Korean teams have been able to obtain, American teams worked towards a new way of operating and managing teams; team houses.

Team houses are usually purchased or rented by sponsors where professional players and staff live full time. Professional players train together, eat together, sleep together, and relax together since they are all under one roof. It makes sense to put players together in order to avoid schedule conflicts, technical difficulties, time differences, and other problems that may get in the way of practice. With players having to live up to expectations, it puts a significant amount of pressure on players to perform and succeed. Having a team together can build synergy and help players form life-long friendships, but there are other issues that may form like poor communication and passive aggressiveness that can leave a team feeling off.

Players living in a team house practice the majority of the day, every day. Teams who live with each other can practice up to nine hours a day. For instance, League of Legends players from Team SoloMid practice anywhere from six to nine hours a day through scrimmages. Scrimmages, or “scrims”, are friendly matches played between the top-ranked teams as a method of practice. Without the pressure of rankings or prize pool winnings, teams can practice against each other in a friendly environment with the goal of furthering proficiency, accuracy, and overall gameplay.

“On top of that, you train in solo queue — which is the ranking system that Riot provides — so training can continue from anywhere from ten to 12 hours, and sometimes even more than that”. – Vincent “Biofrost” Wang, Inverse.com.

Just as with any other highly-competitive sport, stress can get high, especially with such a packed schedule of scrims and training. Stress is one of the biggest causes of team dysfunction. With players being in close quarters, it can be difficult for teams to relax. Tensions can inevitably turn into a war of passive aggressive comments that affect gameplay. Once you toss poor sleep schedules and the lack of cleanliness, it’s a roller coaster of emotions. A lot of these teams are made up of teenagers and young adults, so a lack of structure can create a hazardous environment that leads to unproductive practice and poor team synergy.

Within the past few years, we have seen organizations invest in staff to create a solid infrastructure. Players now have coaches and managers to help balance schedules along with creating a command structure. Coaches and managers take care of all of the players needs including meals, physical activity, scrimmage organization, and more. It isn’t uncommon for a team to have the same amount of staff as there are players in a house. The team’s staff takes care of everything for the players so they only have to focus on the game.

For the more established organizations, staff can include several different positions for all types of careers. Teams can often employ nutritionists, personal trainers, chefs, sports psychologists, analysts and more. Staff members take on a specific role in order to maximize player performance while training players to avoid burnout. Asian organizations have taken on this approach, and so far the North is following this successful business plan.

Despite all the challenges gaming houses create, the advantages are quite clear. Teams can organize practice in minutes, gather for meetings at any hour, and strengthen team synergy out of the game. A lot of players leave team houses with a group of friends for life.

Besides the pros that a team house has, a communal living quarter for players also creates the perfect environment for social media and marketing. Players with their own personal brands, along with organizations, are relying on marketing to bring in revenue through social media, branding deals, and sponsorships. Having an entire team under one roof creates the ideal situation for marketing, as all players are an arms length away. For example, instead of waiting for all players to be in one location for a photoshoot at an event, they are all available at the team house. Online content is one of the best ways to pay the bills while growing organization and personal brands.

But that is not all. Some esports teams are building brand-new facilities from the ground up in order to help create the perfect player.

Dota 2 League of Legends Other
Share
Amanda Zelauskas
Amanda has been a gamer ever since she could wrap her fingers around a controller. Her experiences in the gaming industry range from professional competition participation, corporate marketing, all the way to video game reviews. Amanda's entire life has been dedicated to video games, and now her passion is to share her stories and experiences with readers from around the world! Amanda has previously written for Newegg's Gamecrate, ZAM, and Knowtechie.