Life of an Esports Athlete in a Organization’s Facility 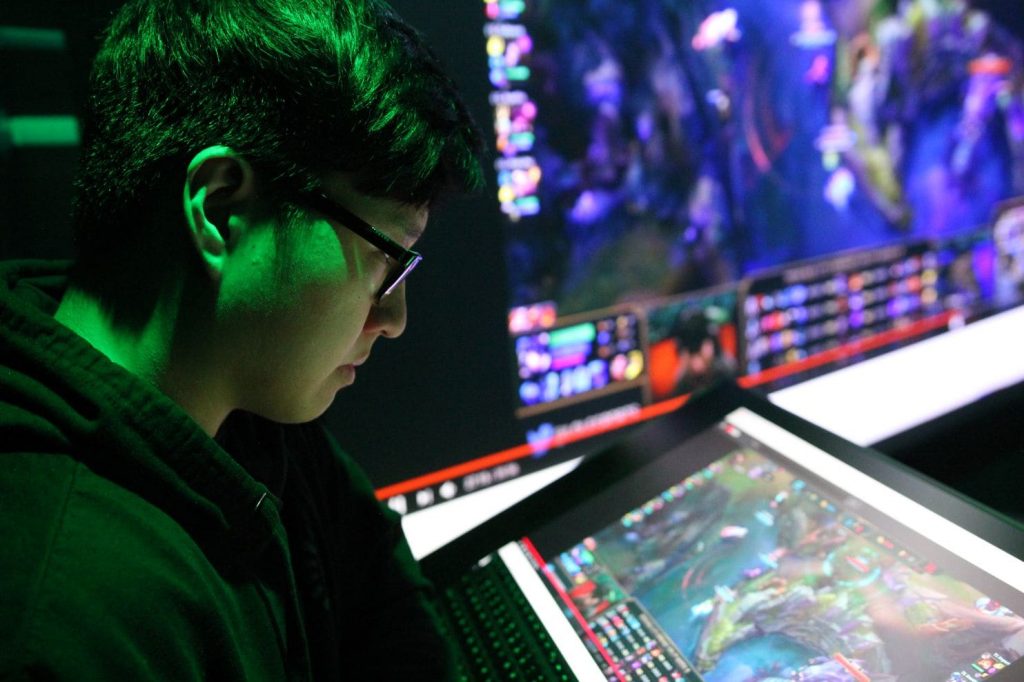 Esports have grown an enormous amount in the past 10 years, and there is no sign of the industry slowing down. In fact, the competitive gaming industry is just hitting its prime. Organizations and teams are developing their training facilities and schedules for players and staff so they can all perform at the highest level. At first, we saw teams invest in team houses, but now organizations are stepping up their game. Organization executives saw that productivity was starting to decline, and a change was needed. Players were starting to react negatively to a team house as rooms were packed and there was a lack of personal space. One team to change up the formula was Team Liquid.

Team Liquid currently has 13 teams with over 70 players playing across games like Counter Strike: Global Offensive, Dota 2, League of Legends, Hearthstone, Super Smash Bros., and more. Team Liquid’s Dota 2 team won the Championships in August 2017 and bought home a humongous $10.8 million check. The prize money was put to good use as the organization looks to expand and place new roots.

Team Liquid currently has a facility in the Netherlands which runs as a training facility and houses numerous staff and executive offices. Over time as esports and the industry expanded, large sponsors like Alienware moved in and offered incentives for teams to spend money in America, specifically on training facilities. The new facility in North America will be based out of Santa Monica, California and will act as a home base for three main groups including the NALCS, amateur League of Legends, and Counter Strike: Global Offensive teams. The complex location is only several miles from the Riot Games headquarters, which wasn’t a mistake. In fact, it took Team Liquid more than six months to find and prepare the complex for the incoming players and staff.

Players and staff typically live within driving distance, or in the complex itself. However, for Team Liquid’s players, they stay at a dorm location that is only a couple miles away from the training complex. Players are encouraged to go to the gym, eat healthy and get a regular cycle of sleep in order to keep their brains energized.

At the start of their day, players will arrive in the kitchen area for a fully prepped breakfast willed with omelets, fruits, vegetables, toast, and various caffeine drinks for a morning kick. The team will then talk shop as they move to a review room. Players and staff will go over gameplay footage as coaches explain situations with interactive tablet markups, similar to telestrations seen on American NFL broadcasts.

After a roundtable discussion over in-game film their focus shifts to another part of the complex. Players and staff move to another wing of the facility where players have their own custom gaming booths packed with the best technology available. Each player has their own custom gaming chair with their in-game name to mark each booth. Quickly players focus on the game, and their 8-hour training regimen begins. If this schedule seems familiar, it is because esports organizations have taken a page out of professional sports teams’ playbook. Top tier teams are moving away from the frat-house strategy towards a professional atmosphere. These complexes are a way for teams, like Team Liquid, to mold the latest players to help expand the esports industry.

Another example of a top-tier organization adapting this strategy is Team SoloMid, or TSM. Earlier this year, TSM’s parent company, Swift, received a $37 million investment. A group of investors led by Ethan Kurzweil of Bessemer Venture Partners were responsible for the investment. Within the group of investors included three-time NBA champion Stephen Curry and Yahoo co-founder Jerry Yang. The investment will contribute $10 million towards investments and player acquisitions. The other $20 million is being allocated to franchising fees and a new facility. The new facility will be a new training complex for the organization and is estimated to be around 15,000 to 20,000 square feet. The facility will house multiple teams under the TSM umbrella to help build and strengthen the brand.

At a training facility, players have access to the latest technology including monitors, computers, mice, keyboards, streaming equipment, and more. Along with the shiny toys comes team staff and coaches to support and keep players on track. In-house support staff help foster a more focused, structured, productive environment which team houses did not. Players would typically roll out of bed about five minutes before a match or meeting, which would leave players sleepy and in an irritable mood. Players would work off of a poor sleep schedule and horrible eating habits which were detrimental to the team’s synergy.

Esports organizations are expanding into new territory, and not just for active competitive players. The French esports organization, Team Vitality, has partnered with Gaming Campus to develop training programs for careers after competition. Gaming Campus is a company focused on building a dedicated campus for esports education. The company has received numerous investments to help fund the campus, which is located in Lyon, France. The 1,200 square-meter campus will have programs for gaming business, gaming academy, and gaming guru courses. It will be an upcoming requirement for all Team Vitality players to go through the Gaming Academy course, which focuses on in-game communication, playmaking, and more.

Gaming Campus will focus these programs to specifically build skills within the industry. Each program will focus on a specific skill-set, regardless if you are looking to work behind the scenes as staff, a coach, or simply want to increase their dexterity in a specific game. Gaming Campus’ focus is to prolong esports careers to strengthen the industry as a whole. It’s a brilliant program for anybody interested in a career in this industry.

Players agree that combining their work and living space is too relaxed and separating work from play creates a more focused environment. All the proof you need lies within player and team performances. It has been proven that training facilities help with performance, as Team Liquid won the previous North American LCS Spring Split.

Counter-Strike: Global Offensive Dota 2 Hearthstone League of Legends Other
Share
Amanda Zelauskas
Amanda has been a gamer ever since she could wrap her fingers around a controller. Her experiences in the gaming industry range from professional competition participation, corporate marketing, all the way to video game reviews. Amanda's entire life has been dedicated to video games, and now her passion is to share her stories and experiences with readers from around the world! Amanda has previously written for Newegg's Gamecrate, ZAM, and Knowtechie.