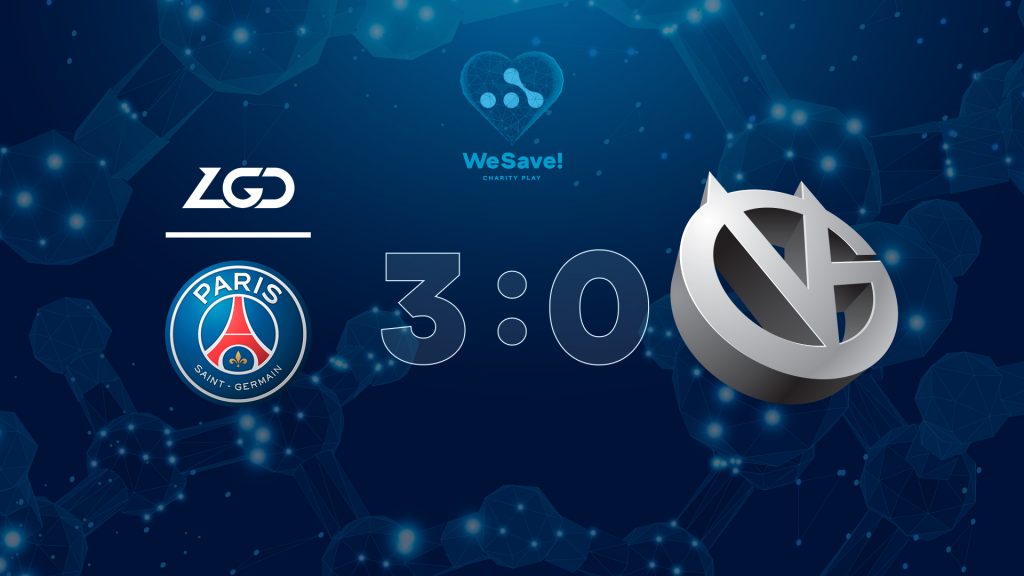 PSG.LGD has defeated Vici Gaming in a 3-0 sweep of the China finals of WeSave! Charity Play. In victory, the team has secured $20,000 worth of donations, which will head towards charities fight COVID-19.

PSG.LGD went into this match with a clear purpose: To prove they were still a top Chinese Dota team. After being a non-factor for almost this entire season now, and with a recently shuffled roster, a win here would give the team some incredible momentum heading into the Chinese Dota 2 Professional Association, which started earlier this week.

However, Vici Gaming was the heavy favorite heading into this series. The team currently standing at number two in the Dota Pro Circuit rankings are one of the most formidable stacks in the world, and it would take LGD playing perfectly to win this game.

Heading into game one, it appeared that LGD had been handily out-drafted, with their Phoenix countered by the Juggernaut, and VG grabbing an Ursa to bully in lane. But in as it transpired, VG needed to win this early laning phase to have a chance in this game. Unfortunately, LGD would take control early and keep the pressure on, running down their opponent’s carries. This wasn’t exactly clean, though, with VG grabbing plenty of trade kills.

There was nothing VG could do, however, to stop the bleeding, dropping game one after their early game composition failed to come online.

For the next game, it appeared that VG was drafting very reactively, while LGD had a more solid idea about what they wanted to play. LGD’s Chen/Ember/Wind runner combo was setting up for an even more brutal start to game two.

However, VG dug in their heels, preventing the instant snowball against them. But LGD’s composition was still too powerful. This was a team with a chip on their shoulder, that needed to prove something, and did so by muscling VG out of lanes wherever they could.

LGD kept the pressure on, keeping the Winter Wyvern of VG from even getting levels – it was 15 minutes before Ding “Dy” Cong even managed to grab level six. Eventually, the stomp got so bad that by 18 minutes, VG tapped out, making this one of the shortest matches of the tournament.

With their backs against the wall, VG went for some more unusual picks. Grabbing the Lion, Batrider, and Monkey King, they seemed like they were attempting to stuff the early aggression of LGD finally. But ultimately, it was just more of the same from VG. The team traded well enough for structures and kills, but still had a massive deficit heading into the mid-game. By 20 minutes in, LGD was pushing high ground, with VG desperate holding on, only to tap out when they realized there was nothing they could do.

All the prize money of this competition will be donated, We are very happy to contribute to the fight against the COVID-19 by participating in online charity competitions! #LGDGaming #LGDWin #PSGLGD pic.twitter.com/RMMr2N2YUU

This was one of the most one-sided series we’ve seen this event, in a huge surprise defeat for VG. This was a humbling matchup that showed that there’s definitely going to be some twists and turns in the remaining portion of the DPC.

WeSave! Charity Play continues throughout the day with a European and South American final on WePlay! ‘s official Twitch channel.