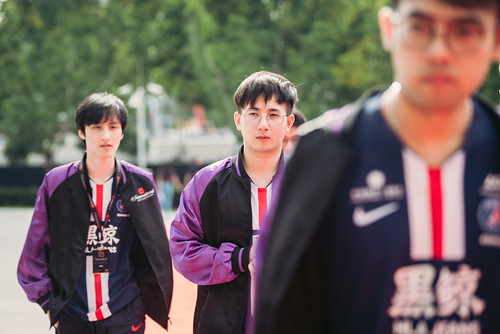 PSG.LGD have traded their starting carry player, Wang “Ame” Chunyu, to CDEC Gaming. In return, the team has acquired Malaysian carry Lai “Ahjit” Jay Son. The news was revealed in the early hours of Friday morning by the teams in a series of posts on social media.

Following the players personal wishes and for team development, the team agreed that:
Wang Chunyu "Ame" moved to the CDEC
Lai Jieshan "AhJit" transferred to the PSG.

In an accompanying post on LGD’s Weibo account, the organization describes the move as: “In accordance with the player’s personal wishes and personal development.” A translation of the statement goes into more detail about the move. “Regarding this adjustment, both the club and the players hope to work hard to change the current status of the team and seek new breakthroughs. Start again in a brand new state and achieve great results.

The statement concludes: “I also wish the two players to give full play to their own style in the new environment and bring a new sense of competition to the majority of friends who like LGD.”

Shall we work on our best yeah? pic.twitter.com/gmxhoqnGrH

The trade comes after a curious start to LGD’s 2019-2020 Dota Pro Circuit season. A top team within the Chinese region, LGD has relegated itself to a background role in the wake of a huge growth in talent from it’s biggest rivals. The last official tournament they attended was The International 2019, where they secured third place after being defeated by Team Liquid. The organization also maintains Southeast Asian roster known as LGD.int.

While teams such as Vici Gaming, Invictus Gaming, Royal Never Give Up, and others desperately compete for spots in the crowded China qualifiers, LGD’s main roster has focused for the most part on non-DPC events and regional competition. It’s speculated they will make a return to the international scene later in the year.

Ame had previously competed with the team since 2016, and before that with CDEC’s youth team. Ahjit is a veteran of Southeast Asian Dota, who recently made the move to the Chinese region in late 2019. Before that, he had experience playing with Fnatic and Mineski.

The swap marks the first major move in the complex web of trades and stand-ins that often encapsulates late-season Chinese Dota. In the past, this series of business deals and trades has become the focus of criticism for the region, and it’s lack of player agency. This latest trade between LGD, and CDEC -who started their existence as LGD.CDEC, a youth team for the latter organization – has again raised eyebrows.

Call me a conspiracy theorist, but I'd instantly discount the phrases "personal wishes" and "team agreed".

China is the region with the least player-control (not necessarily a bad thing), so these statements are more like "Messi really wanted to play with his friends at Man U". https://t.co/7LGoPEuh6y

LGD is set to once again skip the latest set of DPC qualifiers, instead, competing with their LGD.int Southeast Asian lineup in the SEA qualifier. CDEC, on the other hand, has aspirations to head to the City of Angels and will be competing in the ESL One Los Angeles 2020 China Closed Qualifier from February 14th. More details on the trade can be found on LGD’s official Weibo page.