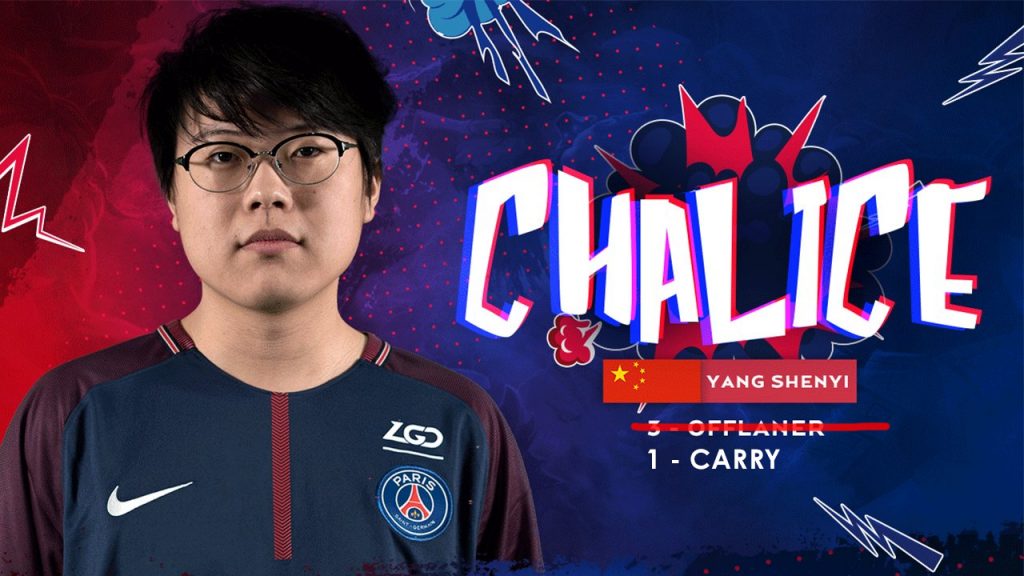 ASD is out. eLeVeN is in and Chalice moves into the carry position for PSG.LGD. (Photo courtesy LGD Gaming)

It has been a weird season for PSG.LGD following The International 9 and witnessing their fall from grace has been bizarre to watch. The former emperors of China have failed to escape open qualifiers for the latest two DPC Majors prompting roster shuffles after each. Following their elimination from the ESL LA Major Open Qualifiers, PSG.LGD have once again changed carry players. ASD has been dropped to make room for journeyman offlaner, eLeVeN. The move also shifts former offlaner Chalice into the carry role, a position he has not played since 2017. 2017 was subsequently the last time eLeVeN played for LGD where he helped them to a top four finish at The International.

1. Yang "old eLeVeN" Wei will be on loan from @EHOMECN to LGD, playing as pos 3
2. Yang "Chalice" Shenyi to be re-positioned as pos 1

More recently eLeVeN has made the rounds through several Chinese contenders, playing for Vici Gaming, Keen Gaming and Revive in the past two seasons. The big question mark for the team will be how Chalice, a fairly traditional offlaner makes the jump back into carrying games. The carry meta has changed significantly since 2017 to perform up to the level expected by an organization of LGD’s size is a lot of pressure.

Many fans of the team are probably wondering, how did we even get here? After TI9 PSG.LGD took a break from Dota during the first Major cycle of the Dota Pro Circuit. Despite keeping their roster intact, the break resulted in a required trip through the open qualifiers during the next cycle. After failing to qualify for DreamLeague Season 13, they stomped the WESG Chinese qualifiers with the same roster. The team played poorly at the ONE Esports tournament in Singapore just a few days later which boasted a top tier roster of teams despite lacking official DPC status.

Just a few days later, PSG.LGD began playing in the Chinese Dota2 Professional League Season 1. The team performed quite well, tying Vici Gaming for the best record during group play. Shortly afterwards, however, the team announced that they would be replacing Ame with Ahjit. Ahjit would only stay on the official roster for five days before being replaced by ASD heading into the ESL LA Major Open Qualifiers.