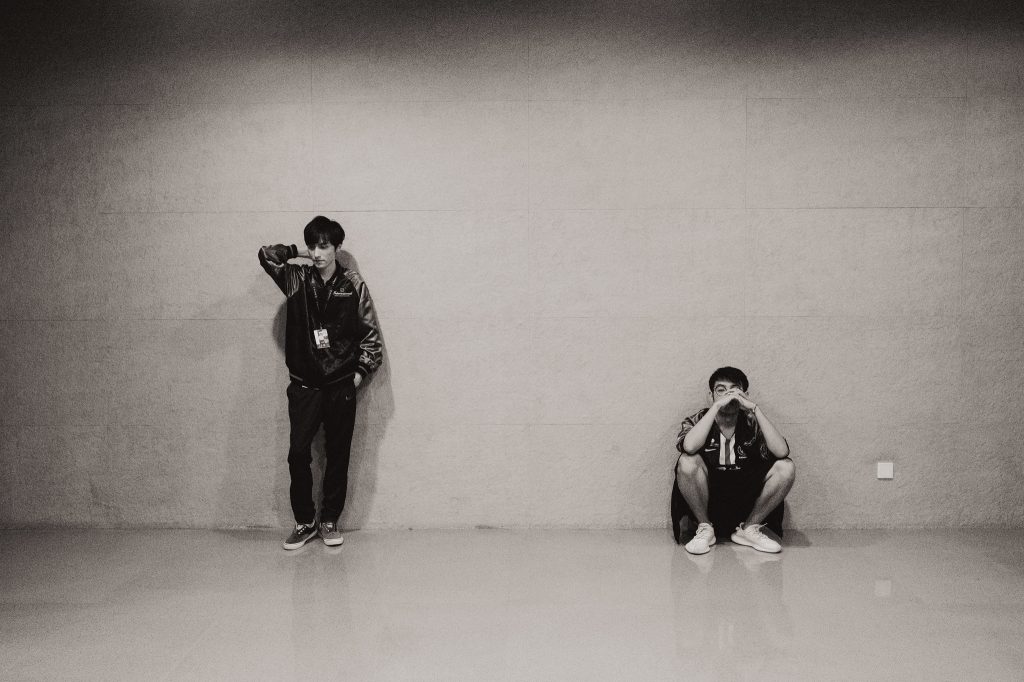 LGD are now out of ESL One Los Angeles, after falling to the winless iG. (Photo courtesy Valve)

PSG.LGD Gaming have been eliminated from playoff contention, after the fifth and final day of Chinese division group stage games at ESL One Los Angeles. Worse still, they suffered the losses that took them out of the tournament at the hands of Invictus Gaming, who were totally winless prior to their match versus LGD on Wednesday.

Meanwhile, Royal Never Give Up continued their rampage through the preliminaries, completing their perfect 5-0 run in terms of match scores. Their stellar performance throughout the event has placed them in the winners’ bracket, where they await their next challengers.

The first match of the day saw EHOME going up against ViCi Gaming, who have not exactly been the frightening presence they normally should be. VG have had to really dig deep just to stay afloat in this tournament, and this series made it all the more apparent.

One simply does not take down the God of War! The carry Mars is working out well for @VICI in their first match against @EHOMEcn #ESLOne

Game 1 was a success for VG, but it did not come easy at all for them. Trading blows up until the deep late game, EHOME were able to stay on relatively even ground for the first 40 minutes. But it was the combined power of Zhang “Eurus” Chengjun’s Mars and and Zeng “Ori” Jiaoyang’s Silencer that won the day for VG.

The kind of damage that Ori was dealing as mid Silencer was quite absurd, outdone only by the area of effect damage output of his partner Eurus. Solid teamplay, good decision making, and a great pair of engagements at the end allowed them and the rest of VG to close out the first game after 55 grueling minutes.

EHOME were not about to crumble after losing in the first game, however. Buckling down in the second game, they turned to the wizened carry Liu “Sylar” Jiajun and his wealth of experience. The 26-year-old veteran played an exquisite carry Nature’s Prophet, blowing up for 17 kills and just three deaths in 38 minutes of play. A mind-blowing 10 minute Orchid Malevolence timing allowed him to terrorize VG in the early game and coast to the rest of his items.

The game was simply out of VG’s reach in the mid game, and it only got worse from then on. EHOME made sure to crush their opponents with the advantage that they had, even after giving up a teamfight towards the end.

The third game was a statement by EHOME. By Picking Lycan, Enigma, and Dragon Knight as their cores, it was clear that they wanted to end the series fast—and that’s exactly what they did. They executed their mid game timing to perfection, mowing down towers left and right and choking VG out of the map right away.

With nowhere to go but home, VG was shut out of the game before they even knew what hit them. EHOME held VG to just six kills in 24 and a half minutes, while they themselves scored 15 of their own. Corralled in their base with no answers to EHOME’s deathball, VG hoisted the white flag for their final match of the group stage.

This result allows EHOME to move up to second place in the standings—and if no further games are to be played as tiebreakers, they should be RNG’s opponents in the winners’ bracket.

Things went from bad to worse for LGD upon facing iG in their best of three series, which should have been an easy 2-0 in their favor based on the latter’s abysmal win rate before the final day. What instead happened was the exact opposite: iG found some last minute strength to take out LGD in two games.

It was a disaster from the start. Game 1 saw Zhou “Emo” Yi explode for 14 kills and zero deaths on Morphling, fueled by his blazing fast 16 minute Ethereal Blade timing. Every player on LGD except for Yang “Chalice” Shenyi looked totally lost throughout the first game, looking hardly coordinated the whole time.

A little too late to stop @invgaming from getting Roshan, @LGDgaming lose 2 heroes in this fight.

Even with the kind of farm that Chalice was able to muster as Naga Siren, nothing could stop the onslaught coming from iG’s side. The sheer durability and staying power of iG’s draft allowed them to muscle through LGD’s lineup, closing out the game in less than 35 minutes.

Amazingly, the second game was even worse. iG blindsided LGD with a last pick Meepo, which their draft was totally not ready to deal with. Lu “Somnus丶M” Yao lost the lane against Thiay “JT-” Jun Wen hard, and from there it was simply game over. JT-’s Meepo snowballed way out of control, completing an Ethereal Blade at 14 minutes and a Heart of Tarrasque at 19 minutes.

With no answers to Meepo’s immense power, LGD were left with no choice but to surrender the victory along with their last shot at the playoffs. This result can be nothing less than embarrassing for them, and they will have to go back to the drawing board once again before the next big tournament.

After the thrashing that LGD received from iG, it was time for RNG to claim the winners’ bracket spot that they so coveted—and they did so in entirely convincing fashion. Facing the red-hot Newbee in a best of three series, they put the would-be usurpers away in just two games.

Game 1 was all about RNG showing their composure and poise, for they actually had a bit of a rough time in the laning stage. The combo between Yan “Waixi” Chao’s Mars and Wen “Wizard” Lipeng allowed Newbee to exert their will in teamfights through the early game and mid game, and at one point they were even able to take a four for nothing teamfight victory.

Beautiful Vacuum wall setups by @newbeecn, 4 man down for @RNGRoyal

But alas, the boy wonder Du “Monet” Peng was not having any of it. Piloting his signature Anti-Mage, he came out of the jungle with all the items he could ever want, and Newbee were powerless to stop him. A 33 minute Butterfly allowed him to slice and dice through Newbee’s lineup without a care in the world. With nothing to halt RNG’s advance, Newbee gave up the first game shortly after.

The second round saw RNG employ Outworld Devourer as their main win condition, which worked as beautifully as the way Gao “Setsu” Zhenxiong played the hero. The tempo at which he was able to play allowed him to get a 14 minute Aghanim’s Scepter, followed by an 18 minute Blink Dagger.

How did they survive?? Setsu and Monet stand strong till the end of team fight @RNGRoyal 💪

Supported by his teammates, Setsu dished out disproportionately high amounts of damage upon Newbee, making them kneel under the power of his Arcane Orb and Sanity’s Eclipse. And although there was a moment in the mid game when it looked like Newbee could stage a comeback upon scoring four kills for free, RNG made sure to put a stop to it before things got out of hand. The result: gg was called by Newbee after just 27 minutes.

Hotspawn will continue to follow ESL One Los Angeles as we await the announcement of the playoff schedule. Don’t miss out on our coverage as soon as the schedule is revealed!