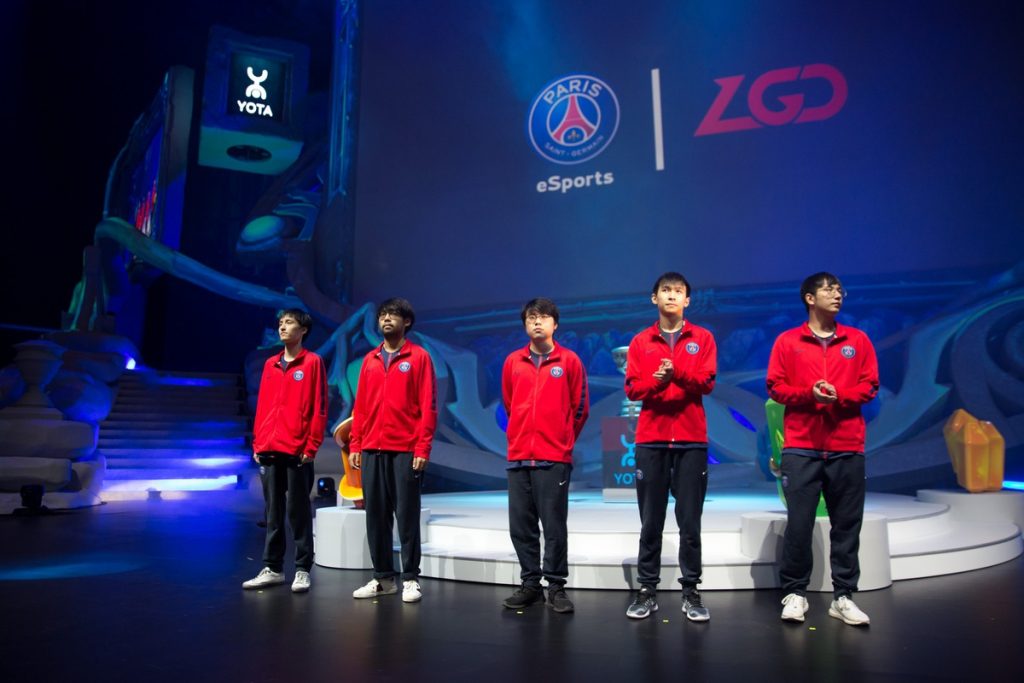 The Chinese scene sees yet another pair of tenured players leave one of their marquee squads. Early on Friday, PSG.LGD Gaming announced that both Xu “fy” Linsen and Lu “Maybe” Yao (also known as Somnus丶M) will be leaving the roster — explaining that both of their contracts have expired and that they could not come to agree on the terms of renewal.

LGD themselves broke the news over on Twitter, with the organization reminiscing a bit on both players’ long stints with the team.

All the best, Maybe! pic.twitter.com/QSHol9mWCc

When combined, both players have around nine years of total tenure with LGD alone. Fy was brought onto the team in September of 2017, after spending more than half of his eight-year career and rising to absolute stardom with Vici Gaming. Since signing with LGD, fy has led the team to a number of top placings in premier tournaments, as well as through two iterations of The International.

His first championship with LGD came at EPICENTER XL in 2018, where he and the rest of the star-studded roster defeated then-defending International champions Team Liquid three games to one in the Grand Finals. Less than a month later, his veteran wisdom and experience as a captain allowed LGD to place third at the China Dota 2 Supermajor, cementing themselves as one of the teams to beat at TI8. There, they were stopped only by OG in the final match, who went on to create one of the most striking Cinderella stories in all of esports by winning it all.

Not content with another second place finish after tasting the bitterness of silver once before at TI4 (as part of Vici Gaming), fy soldiered on alongside Maybe. He led the team to the top four at the Chongqing and MDL Disneyland Paris Majors and third at ESL One Birmingham in 2019. Sadly, he and his squadmates fared worse at TI9, finishing third overall after the very same Team Liquid from EPICENTER XL knocked them out in the lower bracket finals.

Maybe, meanwhile, has been dressed in LGD’s colors since early 2014 — back when he was just 18 years old. Considered even today as one of the best Chinese solo mid players of all time, Maybe made his name known immediately all throughout the Dota 2 world. His play with Shadow Fiend, Storm Spirit, and Invoker made him a fearsome opponent in the middle lane even in his early years, adding others like Queen of Pain and Dragon Knight to his hero pool.

He first captured championship gold with LGD at local events — the first being the MarsTV Dota 2 League in 2015. He followed this up with a win at the third season of the i-League, wherein he and the rest of LGD bagged more than $200,000 in prize money. LGD’s results during that season were enough to get them invited to TI5, where Maybe and his crew placed a very impressive third.

Maybe hit a bit of a slump in the season thereafter, with his highest finish being fourth place at the Manila Major in 2016. He and LGD were also bounced out of TI6 quite early during the main event, forcing them to settle for a lowly 9th-12th place finish. Nevertheless, he chose to stick with LGD going forward, which paid off in the form of a moderately improved season in 2017. He placed third at DOTA Summit 7 and the Mars Dota 2 League leading up to TI7, where LGD placed fourth overall.

Upon fy’s arrival, Maybe’s career was elevated even further as the two banded together to achieve the results mentioned further above. Despite the amount of success he’s had with LGD, however, it’s clear that he thinks it’s time for a change of pace. Other Chinese organizations are surely now scrambling to sign him and make use of his immense talent.

This of course also goes for fy, whose highlight reel-worthy plays with Rubick and other high skill cap support heroes make him one of the best in the world at the role. We’re certain that it won’t take long for him to find a new home.