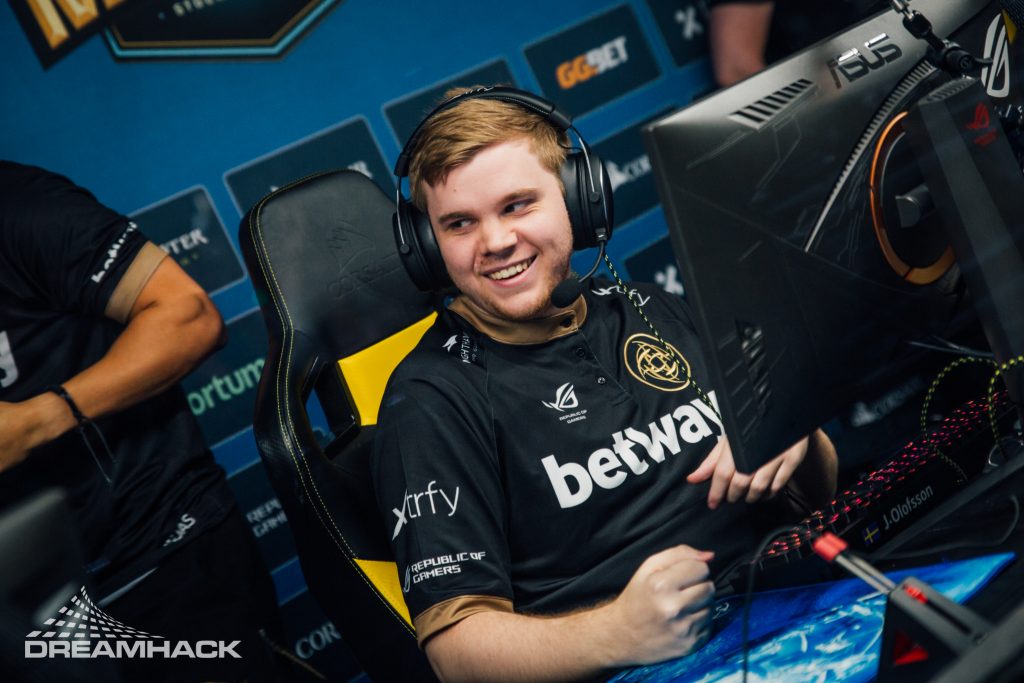 Jonas “Lekr0” Olofsson believes Ninjas in Pyjamas’ loss to Fnatic at IEM Sydney has shown them the way they can solve their in-game problems moving forward in Madrid and Dallas. Photo courtesy of DreamHack.

“Now we know what not to do in the future”

When most teams are getting on a winning run and getting “hype” in game, that’s when they shine best. According to Ninjas in Pyjamas’ CS:GO in-game leader Jonas “Lekr0” Olofsson, when that starts happening for the Swedish roster, everything falls apart.

“There’s a problem we’ve been having where we get to these important crossroads in the games, and we start telling each other “Okay, okay, let’s just focus” and we lose all the momentum off silly mistakes chasing kills,” Lekr0 said after his team’s 1-2 exit at the hands of Fnatic at IEM Sydney last weekend.

“It’s such a silly problem to have, because when we get to places like 13-8 we have this feeling that we’ve won, and normally we can just close that out. I think instead of pumping ourselves up even more and putting this importance on it we just have to play it out.

“There’s this problem where we overthink it once we’re there, and we’re questioning everything that worked so well in the rounds that go us there. That’s what happened in Sydney, and it’s sucks because it’s not satisfying to go out in the quarterfinals. The tournament wasn’t a success for us because of that.”

Ninjas in Pyjamas had a deep run in the Qudos Bank Arena-hosted tournament, and despite Lekr0 dubbing it a “failure,” the European team collected fifth place and $10,000 USD for their efforts.

GGWP @FNATIC and thank you Australia for cheering us on#GONINJAS #CSGO #IEM pic.twitter.com/1Al7ei9p9f

After defeating eUnited and Australian darlings Renegades in their opening two rounds, NIP fell 0-2 on Nuke and Overpass against the tournament’s eventual champions Team Liquid. The defeat put them in the path of their surging Swedish rivals Fnatic, and put them in the last series they’d play Down Under.

It was an epic slugfest between the two rivals, with Fnatic taking Cache 16-9 before NIP leveled the score at one apiece with a 25-23 overtime victory on Overpass. Fnatic eventually closed out the series on Dust2 with a 22-20 win, but not before NIP defended seven match points to keep themselves in the contest.

For Lekr0, who was guiding his roster across the three maps in Sydney, the time passed in an instant.

“I didn’t even notice we had played so many rounds, it was only afterwards when we lost that people were telling me we had played like 115,” he said. “When I’m in the game I don’t think about the length. I just think about how many games we have to win, and play round after round focusing on exactly what’s in front of us. It’s all I can do.”

The Ninjas in Pyjamas curse, and the hype that comes with it, struck again as Lekr0 tried to lead his side to a victory in the mammoth series. The Swedish commander knows what cost them their Sydney campaign, and has zeroed in on fixing it during and after their next competition—Blast Pro Series Madrid.

“We have some small fixes we’re going to implement ahead of Madrid, but we’re going to just try and play our own game there because it’s only a few days away,” Lekr0 said. “After Blast we have two weeks off ahead of Dallas [DreamHack Masters 2019] and we’re going to make some sweeping changes for that.

“It basically just comes down to what I already said about throwing rounds. We get ourselves stressed in situations, and then we’re in a 4v2 or a 5v3 and we should be forcing the other team to eco and pushing our advantage, but we mess it up.

“There’s a chance we can take the score to like 10-5 or 11-4 in those moments, but instead we say “Nice we have the bomb down”, and then people go hunting for kills and get killed. That levels it out at 2v2, and we throw the round and lose the eco, and advantage.”

If the veteran Ninjas in Pyjamas lineup can solve those problems between now and the DreamHack Masters event in the United States, Lekr0 believes they’ll hit another level.

“Those mistakes cost us against Team Liquid in Sydney, that’s for sure, and we dropped into the lower seed because of it,” he said. “If we fix those small rounds we’re going to see a lot different scorelines, and who knows where we can go from there.

“It’s good for the team to have these problems in Sydney though. We talked about our issues the day after Fnatic, and identified what we think is going wrong. Small issues fixed for Madrid, larger ones for Dallas, and we’ll see where we can go once that’s been solved.”

Lekr0’s campaign with Ninjas in Pyjamas at Blast Pro Series Madrid 2019 begins on Friday, May 10. They are set to face Astralis in the opening match of the tournament round robin.