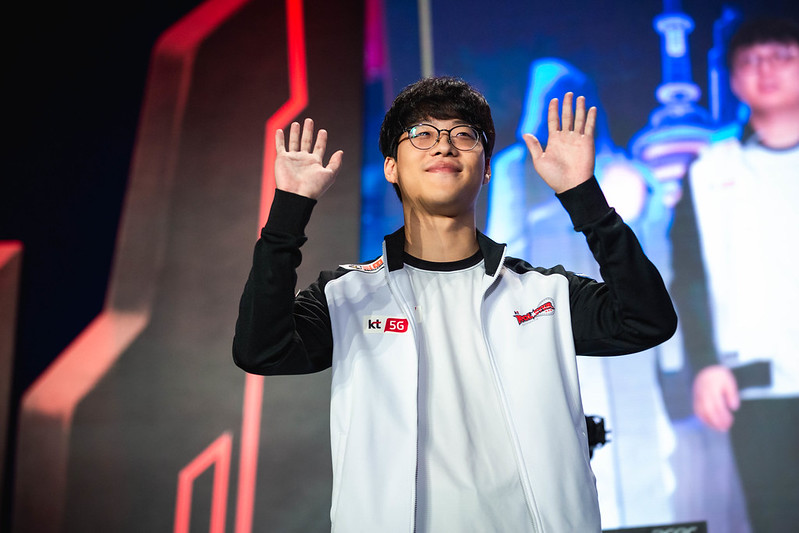 Smeb is one of the most decorated players in LCK history. Though he started his career with Incredible Miracle, Smeb is most known for his long runs with ROX Tigers and KT Rolster. Smeb won three Korean regular season titles and finished second in the 2015 World Championship as a member of the Tigers. He then won the 2018 LCK Summer Split championship with KT Rolster.

Smeb was considered to be the best top laner in the world for stretches from 2016-2017. He and KT Rolster were the consensus favorites heading into the 2018 World Championship after winning the 2018 LCK Summer Split, but they were knocked out in the quarterfinals by eventual champion Invictus Gaming.

KT Rolster revamped their roster heading into 2019, keeping Smeb the core of the team. Unfortunately, Smeb’s play declined dramatically. KT Rolster finished 4-14 in the Spring Split and 6-12 in the Summer to miss the playoffs in consecutive splits. KT Rolster signed SoHwan and Jeon “Ray” Ji-won in the 2020 off-season to take Smeb’s spot on the roster. Smeb remained unsigned and did not play during the Spring Split.

Smeb will also reunite with Son “Ucal” Woo-hyeon. The mid laner recently signed on to return to KT Rolster after Griffin was relegated from the LCK. Smeb and Ucal teamed together to win the 2018 Summer title with KT Rolster.

Smeb’s addition decreases the likelihood that Ucal will attempt to convert to top lane in his return. Lee “Kuro” Seo-haeng is, or at least should be, entrenched as the starting mid laner after a fantastic season, so KT Rolster is making it a priority to fill out their roster with depth. That could further indicate that Smeb is not guaranteed to start in his return to the team.

We’ll get to see whether he works his way into the starting lineup when the LCK returns with the Summer Split on Wednesday, June 17th.