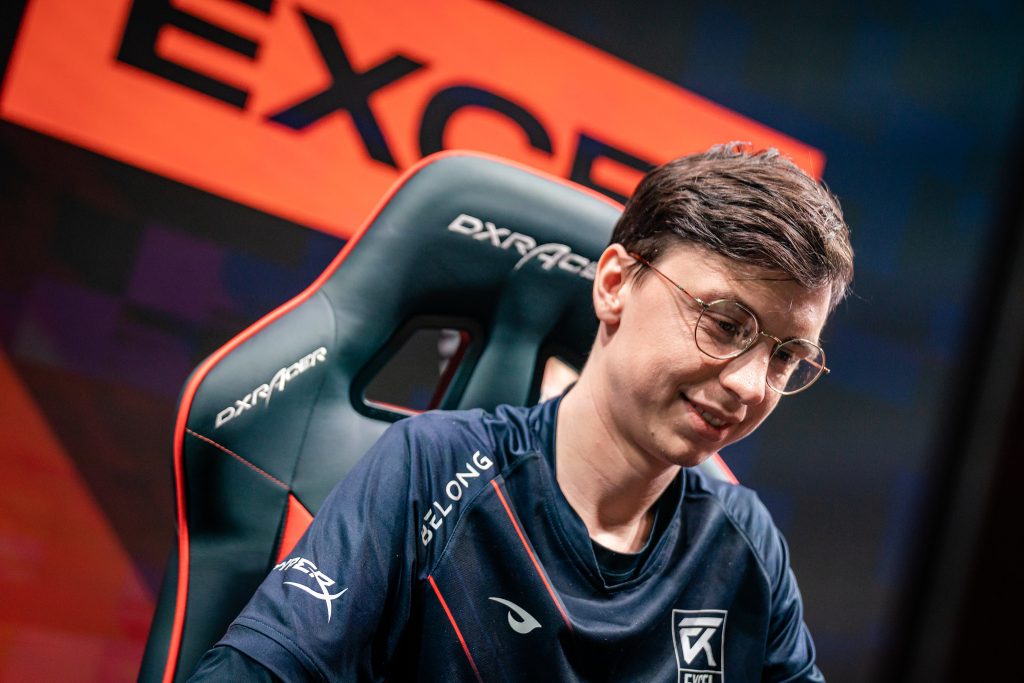 As the battle for finals heats up at the bottom of the League of Legends European Championship, the top four teams continue to extend their leads.

Right at the pinch point for playoffs, a resurgent weekend for Excel and 1-1 records for Vitality and Misfits have kept the race as tight as possible. We take a look at what those results – and 0-2 rounds for SK Gaming, Rogue, and Origen – mean for in LEC Summer 2019 Week 6.

British organization Excel Esports have recorded their first-ever 2-0 weekend in the European Championship, defeating Misfits Gaming and Rogue to give themselves a much-needed boost right back into the mix in the standing’s bottom half.

Marc “Caedrel” Lamont was the guiding force behind their second win of the split, running over the map on ultimate-stealing Sylas. Early pressure on top side from Caedrel gave Ki “Expect” Dae-han – who shone all weekend – an early lead against Kim “Profit” Jun-hyung.

With Profit lagging on gold and creep-score, his Gnar pick was quickly exposed. It’s long been an unspoken rule behind the scenes to not draft massive game-changing ultimates into Sylas, and one that Rogue broke in a big way to cost themselves the game.

Expect continued his red-hot form alongside Caedrel in game two of the weekend. The three-time EU LCS champion climbed to a 6/1/6 statline on AP-carry Rumble, dishing out a game-high 16.6k damage to Misfits in the 30-minute battle.

Once again it was Caedrel that built the platform for his import solo laner to carry. Locking in Sejuani, the UK star rolled over Thomas “Kirei” Yuen (Gragas) and completely dictated the tempo of the game.

The two crucial victories for Excel have proven one thing: Expect and Caedrel must be the main focus of the team moving forward.

Jesper “Jeksla” Strömberg and Patryk “Mystiques” Piórkowski certainly weren’t quite in the victories, and Son “Mickey” Young-min had an exciting run on Camille mid lane against Misfits, but it was the top side of the map that changed Excel’s fortunes.

With second-placed Splyce (9-3) and Team Vitality (5-7) next weekend it’s a big moment in Excel’s campaign.

Win at least one of the two matches ahead of them and the roster could move within striking distance of playoffs. Fall to a 0-2 record and all the momentum from this weekend gets washed away.

It’s crunch time for the team that was written off weeks ago by Europe. All eyes must be on their top-jungle duo to light the spark their historic weekend has created.

Misfits have had a mixed run since swapping their LEC roster. Image via Riot Games.

Misfits yet to prove their strengths

The new-look Misfits lineup had about as wild a weekend as you can have in the LEC. Friday evening they bowled over a second-placed Fnatic boasting their usual starting five before previous wooden-spoon favorites Excel edged them the following day.

Norwegian mid laner Adam “LIDER” Ilyasov has been a revelation for the Bunny-branded squad since they made the call to dump their entire veteran roster. He shone against Fnatic as the team charged to a 26-13 win against Europe’s darlings, and was responsible for 12 of the team’s kills himself.

That’s not to say LIDER was the only reason Misfits upset Fnatic. Misfits just looked on the same page in their aggressive style.

Then Misfits got rolled over by Excel the following day and were whacked with a 1-1 week.

Their 18-5 loss at the hands of the now 3-7 Excel showed this young Misfits roster has yet to fully confirm their quality in Europe. Prone to small mistakes, and unable to fight their way back into the battle, Misfits tumbled to a 30-minute loss.

In particular, LIDER and Kirei struggled when behind. On Friday they had proved they could carry a game with their gold-lead. Now the mid and jungle duo for Misfits must prove that’s not all they have in their wheelhouse.

What’s the deal with Tristana?

“Caps lock in Tristana,” a hopeful LEC fan asked on his cardboard sign.

It seemed an amusing joke from the G2 fan, especially considering the team is renowned for picking odd things.

However, there was some method within the madness. There had been rumblings that the Yordle gunner was rising in prominence for solo laners, and decent performance from Italian wildcard Daniele “Jiizuke” di Mauro had confirmed it was possible.

So, of course, G2 Esports star Rasmus “Caps” Winther just had to play the odd-choice mid laner in front of his cheering fans. This time the pick was a little less straightforward.

Despite Caps donating 66 percent of his team’s deaths to a beleaguered SK Gaming over the course of G2’s 25-minute win on Saturday, proof had been revealed: the jump-heavy marksman was potentially safe enough to play through an individual lane.

There’s another thing Caps’ mixed Tristana performance revealed about LEC though: G2 may just be unstoppable in 2019.

They locked in the marksman mid from the prompting of the crowd – “It’s worth it for his smile,” Luka “Perkz” Perković said in draft – and still won 24-6. They even had Martin “Wunder” Hansen on top lane Annie. He finished the game 5/0/10.

Caps has proven he can play nearly anything on-stage, and G2 lets him. Image via Riot Games.

If G2 can “troll” the LEC regular season and still put up major results, it bodes well for their return to the international stage later this year.

The question now is if anyone can catch the team balancing right on the line between madness and perfection. With Fnatic and Splyce caught in a battle for second, it’s not likely.

Then again, we get the next grudge match between Fnatic and G2 next weekend. Everything could change when Europe’s titans meet on the Rift next Saturday.

Game of the Week: Fnatic vs G2 Esports

What can be said about this match-up that hasn’t already been said? When these two met for the “Game of the Century” in Spring it looked like G2 would roll over Fnatic handily – the orange kings flipped the script and ousted the eventual champions.

This time Fnatic have slipped into a second-place scrap with Splyce, and G2 have leaped out to an ever-increasing lead at the top of Europe’s Summer season. If Fnatic want to have any hopes of taking the top spot off the samurais, they cannot slip up this Saturday evening.