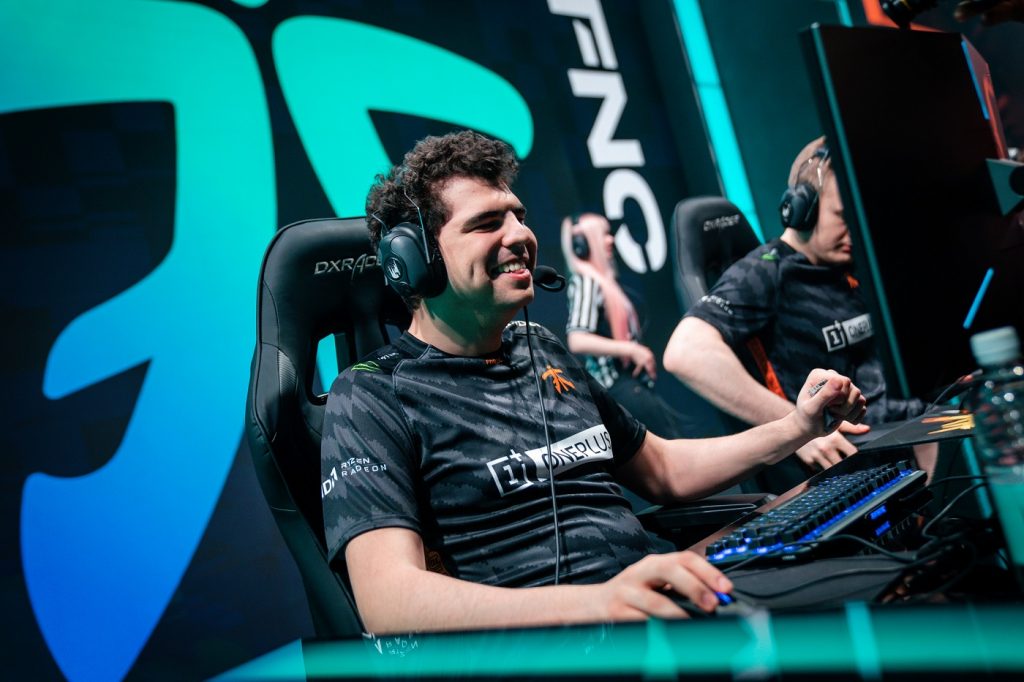 The LEC Spring Playoffs could be Fnatic's to lose. (Photo courtesy of Riot Games)

The 2019 League of Legends European Championship (LEC) Spring Playoffs kick off on March 29 and will run until April 14. Six teams will compete for a € 200,000 prize pool and to be crowned Spring Split champions at the Netherlands’ Rotterdam Ahoy Arena.

The second- and third-place finishers will also be invited to Rift Rivals, but will miss out on MSI. Besides more prize money with each higher placing, teams also get more championship points the higher they finish. That placing is important because, outside of the 2019 Summer Split champion, the team that has gained the most championship points throughout 2019 will automatically qualify for Worlds 2019.

The LEC has switched to a new playoff format for 2019. Round One is familiar as seeds three through six will play each other in a single elimination, best-of-five match. Third-seed Fnatic were given their pick between fifth-seed Team Vitality or sixth-seed SK Gaming and opted to pick Team Vitality over the SK Gaming squad. The latter beat Fnatic twice in the regular season.

Round Two is where things are shaken up. The winners of the Fnatic versus Team Vitality and Splyce versus SK Gaming matchups will play each other in another single elimination round. Top seeds G2 Esports and Origen will play for the first time in Round Two, but neither will go home. The winner of the series will automatically head to the finals while the loser will play in round three against the remaining non-bye team.

The finals will be a best-of-five match on Sunday, April 14 for the championship and an invitation to MSI 2019. In the event that G2 Esports and Origen meet again, no advantage will be given to the team that prevailed in Round Two.

G2 Esports and Fnatic are the favorites headed into the playoffs. G2 Esports have the most impressive body of work over the course of the season, finishing 13-5 after losing two meaningless matches without Mikyx to end the season. Fnatic are the hottest team in the LEC after winning their final eight matches of the season, including wins over G2 Esports, Origen, Splyce and Team Vitality.

G2 Esports and Fnatic not only look like the favorites but also have some of the juiciest storylines. The two teams have combined for every LEC Split championship since 2015, each with four apiece. G2 Esports star mid laner Rasmus “Caps” Winther also controversially left Fnatic for G2 after Fnatic’s incredible run to the World Championship Finals in 2018.

Although they finished ahead of Fnatic as a top two seed, Origen are the dark horse candidate to play to spoiler to the G2 versus Fnatic matchup. They finished the regular season on a six-game win streak of their own, finding wins over playoff teams Splyce, Team Vitality and SK Gaming. Origen were also the first time to take down G2 Esports on the season, beating them when G2 Esports were at full strength in their lineup and still had meaningful games left to play.

Fnatic beats G2 Esports in an epic 3-2 Finals to keep their LEC crown and take revenge on their former teammate Caps.