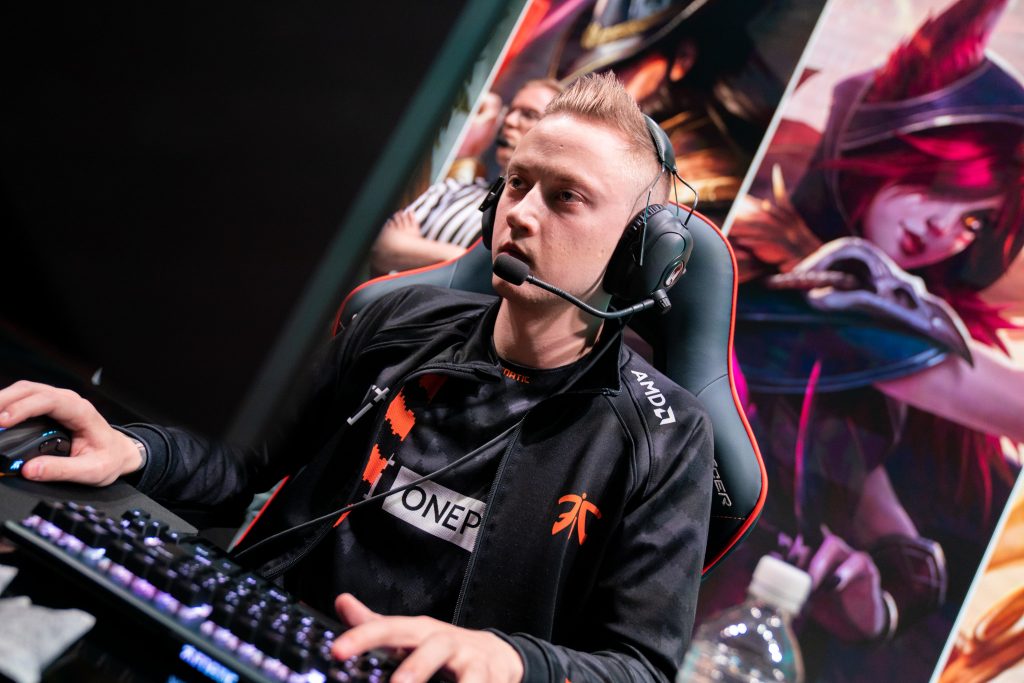 Rekkles and Fnatic proved precisely why they were headed to Worlds with their 3-0 defeat of Splyce. (Photo by Michal Konkol/Riot Games)

Over the last three days, the LEC 2019 season has reached its finale as the Regional Finals pitted four teams in a gauntlet-style race to the finish. And after three series of decisive games, the LEC had its three representatives and a pecking order for all its top teams. Origen and FC Schalke 04 have fallen short, and Fnatic and Splyce will join G2 Esports as the LEC’s Worlds competitors.

Of all the Best of 5 League of Legends matches we've played in the last two weeks, Splyce vs. Fnatic was certainly one of them #LEC

On Friday, Splyce took on Origen in the opening match. Origen hoped to finally put behind them the disappointment of the LEC Summer Split. They’d fallen out of playoff contention after a four-way tie with Rogue, Team Vitality and SK Gaming. The team had struggled throughout the Split, missing out by just a single game on a post-season spot. Only their incredible Spring Split run had secured this chance at Worlds 2019.

Straight out of the gate, Origen looked strong, with Patrik “Patrik” Jírů’s Tristana, and Barney “Alphari” Morris’ Jax quickly securing the first game. It seemed like Origen might have the better lineup on paper. But as the second game began, Origen fell apart. Here the absence of regular jungler Jonas “Kold” Andersen, who missed the series with an illness, started to show.

His young replacement, Nikolay “Zanzarah” Akatov, looked hopeless as Splyce’s jungle and bot lane snowballed through games two and three. Although Origen was able to clutch out a second victory in game four, Zanzarah’s performance never looked above average. Against world-class players such as Kasper “Kobbe” Kobberup, he couldn’t match-up. Splyce advanced to round two, with eyes already set on the finals.

That's all she wrote. We end the season on loss to @Splyce.

Thank you for your support throughout the year, #OGFamily It means more than you can ever imagine.

And don't worry. We are far from done.

FC Schalke 04 was Splyce’s day two opponents and set about demonstrating why they’d advanced so far in the LEC Summer Playoffs. The big question was would Schalke’s orderly and deliberate team fighting style be able to beat a Splyce squad who fight whenever they see an opportunity? Game one showed that there were severe flaws in both approaches. As one side would make a play, the other would slip away, with nothing gained for anyone.

From this chaos, Splyce eventually pulled ahead, once again thanks to Kobbe and his remarkable play on ADC. In game two, priority sat on removing the Jhinn from Kobbe, with Schalke banning it, and first-picking Kaisa. Yet bans were not enough to hold back a Splyce team that looked to be in their best form of the season. They were able to quickly put away Schalke in one of the fastest games of the entre split, lasting only 22 minutes and 45 seconds.

In the final game of the series, Schalke initially had perfect execution. Especially in the bot lane, where the team was finally able to shut down Kobbe. But it was still not enough to stop Splyce. Schalke would fall, as Splyce secured their World’s invite, taking with them their six-year veteran Tamás “Vizicsacsi” Kiss, who had fallen just short on so many occasions before.

Finally, on Sunday, Fnatic faced the Splyce to decide who would avoid play-ins, and who would have to slum it in yet more qualifying stages. Right out of the game, Splyce seemed to be capitalizing on their momentum, heading into their ninth competitive match of the weekend. They punished sloppy level one play from Fnatic with first blood, and tried to build their lead.

Slowly, Kobbe and Jungler Andrei “Xerxe” Dragomir edged ahead in gold and resources. However, even with their early advantage, Splyce was unable to capitalize, always falling just short of a game-winning team fight. Fnatic would eventually pull off the win in a slightly messy affair.

Looking to clean up their act, Fnatic broke out the Garen bottom in game two, while Splyce went for late-game power with a Vayne/Lulu bot lane and Azir mid. Initially, these picks looked to have worked, as Splyce used it’s range advantage to bully early in lanes. But eventually, the team found themselves unable to stack up in fights against the raw power of Fnatic’s composition. The situation immediately got worse as Fnatic hit level six, and were able to leverage their ultimates into kills across the map.

As the game progressed, the mid lane became the key to victory. With Tim “Nemesis” Lipovšekagain on Cassiopeia, and Marek “Humanoid” Brázda on Azir, the solo laners were able to push down turrets and beat almost anyone in a one and one contest. Ultimately though, the Cassiopeia would win out, with her tremendous amount of damage quickly burning down Baron, leading to a clean Fnatic win.

That's a very strong snek. We go 0-2 down, it's either reverse sweep or we enter #Worlds in the Play-ins stage.#LEC #SPYWIN #OnTheHunt pic.twitter.com/k1Oe5smRzY

In the final game, Splyce ran out of options. They allowed Nemesis to have his Twisted Fate, which had been banned all series, to ban out the Cassiopeia which had defeated them. Alongside this, Fnatic was able to draft jungler Mads “Broxah” Brock-Pedersen and support Zdravets “Hylissang” Iliev Galabov the more unorthodox Ivern and Leona picks. And, while this led to some occasionally questionable engages from Hylissang, the champion selection was a core part of why Fnatic easily secured this game, and with it, the number two seed.

Overall, Fnatic’s aggression, use of map-wide cooldowns, and standard of play were far above Splyce. A clear order of difficulty has been set in the LEC. G2 Esports sits on top, followed by Fnatic, with Splyce haven taken the third-place crown. Europe will be taking all three of these teams to Worlds. And each will have a chance to show just what they’re capable of on an international stage.