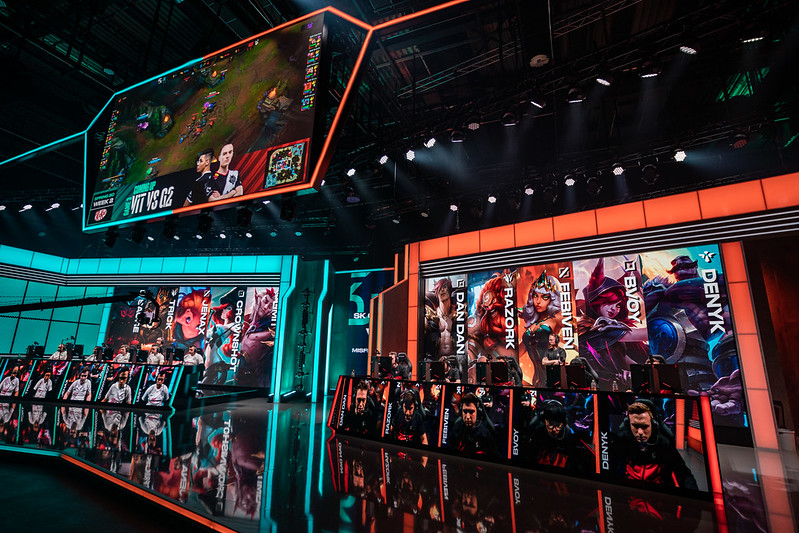 The 2020 LEC Spring Finals will now be held in the LEC Studio in Berlin. (Photo courtesy Riot Games)

Riot Games has announced that they are moving the LEC Spring 2020 Finals over fears of coronavirus / COVID-19. Spring Finals were originally going to be held in Budapest, Hungary, but will now be held in the LEC Berlin studio.

Important update regarding the Spring Split Finals: due to the ongoing Covid-19 outbreak we're moving the show from Budapest 🇭🇺 to Berlin 🇩🇪

Riot is doing what they believe is the best for their players, staff and fans that would otherwise attend Budapest.

Alberto Guerrero, head of esports in Europe comments: “After carefully assessing the situation, we believe that holding the event in a smaller setting and a more controlled environment is the right call.”

The LEC studio is a much smaller venue and offers much less risk to public health. Riot still intends on allowing fans to attend the studio for the Spring Finals. The German health authorities will work with Riot to ensure that the event is still safe to go ahead. If things change, Riot will announce whether further changes are necessary.

Alberto also mentions: “We understand that this is a disappointment for fans, particularly those in Hungary, but we will look into options to bring the LEC to Budapest in the future.”

The LEC recommences Friday with the first day of week seven of the LEC Spring Regular Split, with the event still open to the public. However, the region is not immune to such future changes. Both the LCK and LPL have had their regular splits impacted due to COVID-19, with MSI delayed as well.

This is not the only cancellation in esports and gaming made today. TwitchCon Amsterdam was cancelled due to concerns from Dutch health authorities. Furthermore, Pokemon has cancelled an event in Europe, with the FGC following suite.