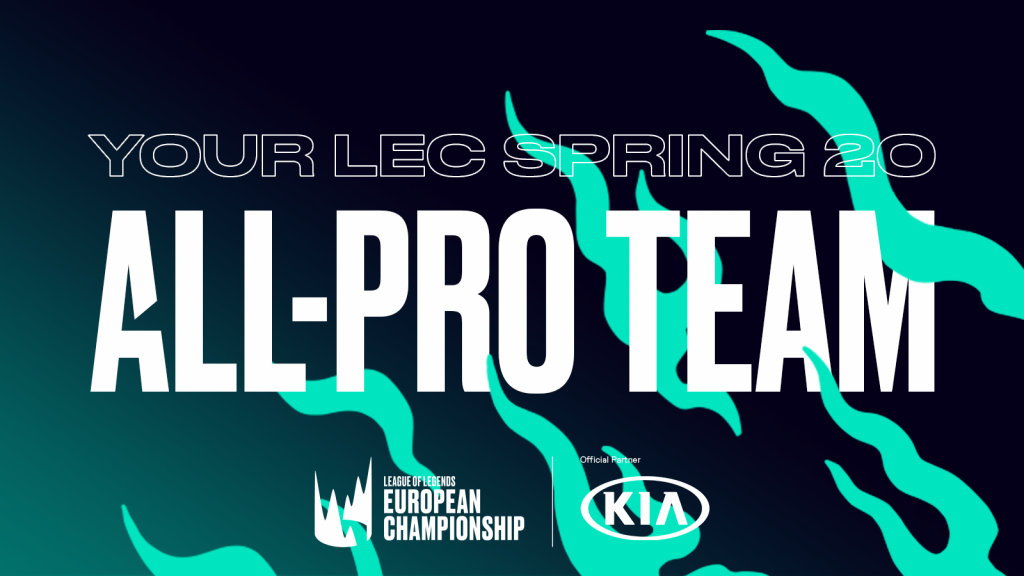 With the first split of this year’s LEC, the votes have been tallied up to name the KIA All-Pro Team of Spring 2020. Established coaches, players, talents and journalists were called upon to pick three players for each of the five positions, and the results see the undefeated G2 Esports roster heavily lauded for their recent form.

Interestingly the LEC shared how the votes were cast in a public accessible doc, allowing us to have a better overall view of the hottest picks.

The second place All-Star Team is just a Rekkles short of being the entire Fnatic roster, and for good reason. Fnatic finished joint runners-up with Origen in the group stage with a 13-5 record. ADC Elias “Upset” Lipp is the only Origen player to make it into the second place team, securing 53 votes,  compared to Rekkles 108.

The third place team houses the final two members of G2 Esports, Martin “Wunder” Hansen and Rasmus “Caps” Winther. However, the standout members are Norman “Kaiser” Kaiser of Mad Lions and  Fabian “Febiven” Diepstraten of Misfits Gaming, the only players in their team to be voted in, and also the only players to not be part of a top 3 groupstage team in the LEC Spring 2020.

Overall the results of the KIA All Pro Team demonstrate just how formidable G2 Esports have been thus far, but also just how closely Fnatic are on their heels.

League of Legends
Share
Lawrence Phillips
Lawrence is an esports dinosaur that started back in 2004 and has been a full-time freelancer ever since. He has worked for the likes of SK Gaming, PGL, ESL, Razer, Monster Energy, GINXTV, Dexerto and Starladder as an editor, scriptwriter and content creator. He currently spends his days trying to own in Apex Legends and Fortnite, in a bid to make up for his lack of skills in his main game, Dota 2.
Follow me