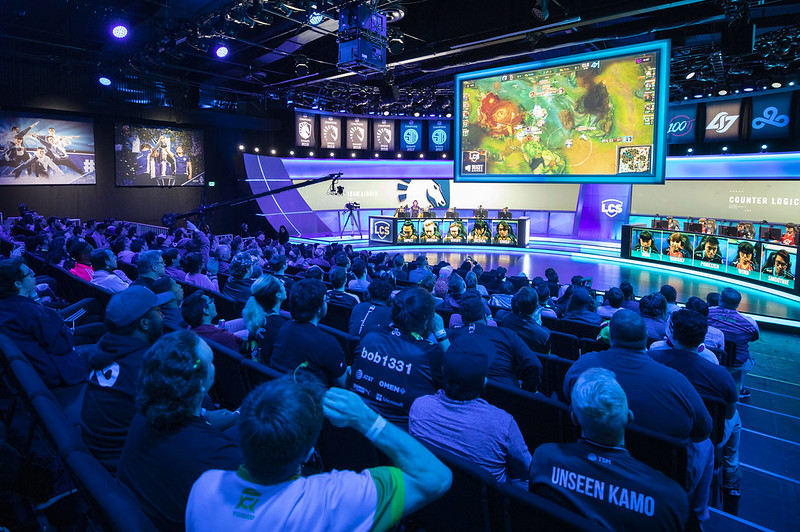 Last week may have been the final week for the LCS to host an audience for quite some time. (Photo by Colin Young-Wolff/Riot Games)

With the concerns of COVID-19 still troubling esports, Riot Games has announced they will suspend the live audience for both the LCS and LEC. Both regions will play their fixtures through Friday to Monday, but it will be without fans, tailgates, and press.

Teams will still attend the LEC and LCS studios as planned and will compete in their allocated fixtures. The only exception is Origen, who will be forced to play online as Denmark enters lockdown.

Fans who were otherwise attending the LCS this week and beyond can collect refunds using this email address.

As for the LEC, the decision has been made to keep fans and press away from the LEC Spring Finals and the regular season entirely.

Riot Games continues the trend of esports organizers looking after press, staff and fans alike due to COVID-19 concerns. In the previous week, LCS officials decided to cancel meet and greet events for the LCS, and high fives and other physical greetings. Meanwhile, Riot moved the LEC Spring Finals from Budapest to the Berlin studio.

Riot Games have been prompted to change their security measures due to COVID-19 being declared a pandemic by the WHO (World Health Organization).

This is not the first time Riot has made alterations to their esports calendar. So far, the LEC Spring finals location has been moved, MSI delayed two months, with the LPL and LCK experiencing delays to their weekly regular season play. A full list of esports events affected by COVID-19 can be found here.