Everything We Know About Viego: The Ruined King 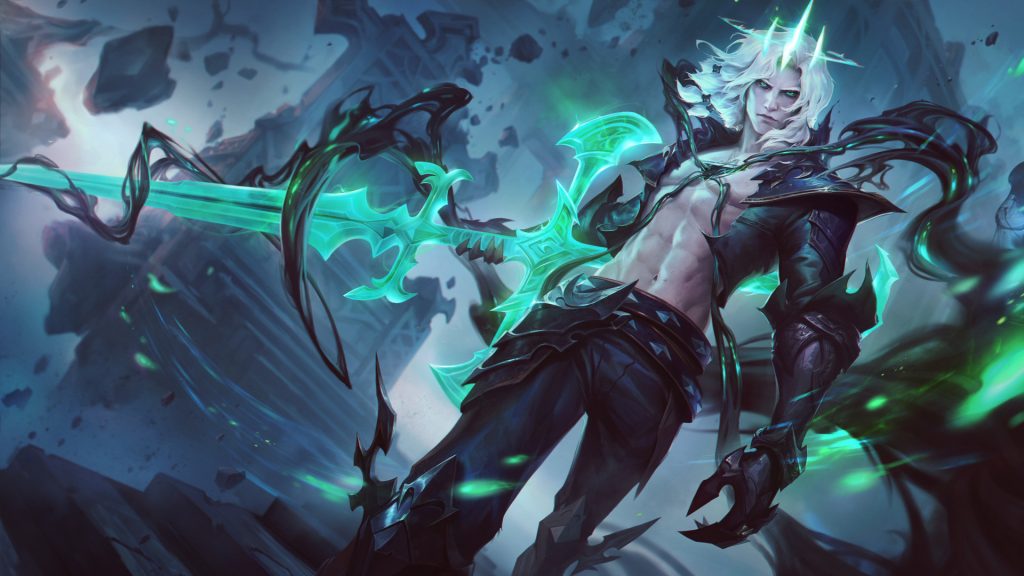 Riot Games has announced Viego as the Jungle champion for 2021, due to release at the end of January. (Photo courtesy Riot Games)

League of Legends’ first champion of 2021 is Viego, the Ruined King. The Ruined King’s reveal is fresh off the back of the Riot Games 2021 content plan, where developers teased his abilities on the show. Mere hours after the showing, Viego’s full details are out, so we now know what we are in store for.

The Ruined King is something that every League player know. The mysterious Blade of the Ruined King is an item that has existed as long as League itself. The origins of the sword were unknown, the but the Shadow Isles blade has returned to its master, Viego.

Not too long ago, Senna reunited with Lucian, after taking down Thresh in the Shadow Isles. With Senna gone, Viego, in a trope vampiric love story wants Senna back as his queen. Unfortunately, she had a life partner and has re-found Lucian, where they continue their fight for hope against the mists and the monster of the Shadow Isles.

Now the Ruined King brings the mists to Runeterra, sieging all corners of the planet, with Viego leading the assault.

Viego can temporarily possess enemy champions he helps kill, healing him for some of his max health. Also, Viego’s items, attacks and regular abilities become those of his slain enemies and gains a free cast of his own Ultimate.

Viego can temporarily possess enemy champions he helps kill, healing for a portion of their max health. Viego's items, attacks, and non-ultimate abilities become those of his slain enemy's, and he gains a free cast of his own ultimate. pic.twitter.com/q8QSUNcTaN

Q – Blade of the Ruined King

Passive – Viego’s attacks deals a portion of the target’s current health – just like the item. When Viego attacks an opponent he recently hit with an ability, his attacks strike twice.

Viego charges himself and dashes forward, throwing a mist blade that stuns the first enemy it. The stun duration is based on the range the mist travelled, with the mist’s range increasing for time spent charging the ability.

Viego spreads a wave of Black Mist around a wall in his proximity. The mist grants Viego camouflage, bonus attack speed and movements speed.

Viego discards any bodies he currently possesses, and teleports forward, attacking an enemy champion with the lowest percent health, dealing bonus damage based on missing HP. Other hostiles in range are knocked back.

Riot Games has stated that Viego is the new Jungler of 2021’s content cycle. The champion has the gap closing, stun potential and burst and consistent damage a jungler needs to perform at the role. Although, there appears to be a skill ceiling in his W, as the ramp-up on his stun can make or break a successful gank. There is even a potential risk of dying if the player uses the Spectral Maw in a bad position.

Due to how his possess mechanic works, it feels that Viego naturally wants to focus his ganking priority on the bottom side of the map, or counter ganking. His passive naturally means he does not benefit as much from ganking and killing a solo laner, so that is something to keep in mind. Furthermore, his passive and ultimate in a team fight scenario makes him a serious damage dealing team fight jungler.

As for the build order, perhaps Viego benefits off mythic items like Eclipse. The shield and damage burst from the item create a significant threat window, further enhancing his damage window from his built-in BotRK ability. From there, it seems like Viego builds a mix of damage and defensive stats.

Viego looks like a remarkably interesting take on the jungle role. We should expect Viego on the PBE very soon, with his full release somewhere at the end of January / beginning of February.