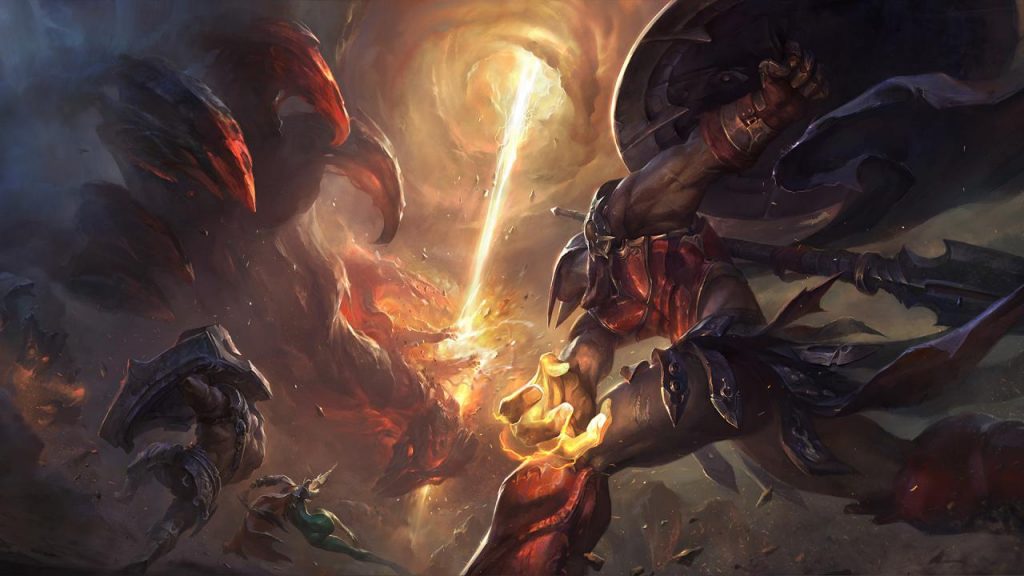 League of Legends’ two-week cycle for patches has come back around.  Patch 9.8 looks like it will be the Mid-Season Invitational patch, aiming to spice up the top lane meta. The patch notes have a lot of changes aimed at the underperforming tanks and bruisers. On the other hand, there are many more changes aimed at ranked balance and some changes that make champions much more satisfying. With that in mind, let us explore Patch 9.8.

Top lane has been in an awkward spot in Season Nine. Traditionally, top lane is the bruiser lane and tank lane. However, with reworks and balance changes over the last year, the top lane has become a mixed bag. Mages like Ryze and Vladimir are frequent top picks, whilst traditional tops like Kennen, Gangplank, Urgot, Sion and Aatrox are still picked.

In Patch 9.7 , Riot Games made changes to top lanes Cho’Gath, Garen and Dr Mundo, showing us their intention to strengthen the top lane tanks and bruisers. Patch 9.8 looks to build on that momentum and further balance tanks in addition to improving iconic fighters.

Renekton was the bar of balance in the 2014 season. Nowadays, Renekton hasn’t been picked that much for a plethora of reasons. Riot looks to change that by increasing the healing potency from his Cull the Meek’s base and empowered effect, giving him better attack speed and an increase to his base health. Renekton looks to become the top plane bully once again.

Following on, Fiora buffs continue the trend of aggressive top laners. Fiora’s buffed Riposte will deal increased damage and the cc effect is widened to two seconds. Bladework has its mana reduced at later ranks, meaning the tweak to her late game makes her stand out a little better. Ideally, Fiora’s presence in the top lane should ring alarm bells on meta mages looking to use the top lane as a farming ground.

Gnar is receiving changes to his ultimate ability GNAR!. When Gnar’s reaches 100 rage, his Rage Gene passive kicks in and turns him into a dinosaur. Gnar’s existence as a tank is in this form. However, Gnar has not been that reliable for some time. The cooldown reduction changes on his GNAR! is a saving grace for him. By late game, Gnar’s ultimate cooldown is so short it should be up every time the Rage Gene kicks in. Gnar should now be one of the most reliable tools in the top lane.

Ornn’s unique passive Living Forge allows him to craft exclusive buffs to items only he can make. Items like Forgefire Cape, Frozen Fist, and Infernal mask have received buffs. These items make champions tankier than before. Despite there still being a one item limit per champion on Ornn’s team, this should still appeal a lot Ornn himself or his bruiser and tank teammates.  Ornn’s buff really shows the lengths they are going to make top lane that bulky lane it once was.

Even Singed has seen some buffs. Singed has many issues in the laning phase. The mana reduction on his Fling and increased potency of the slow in Mega Adhesive gives him a more of a chance. Whether he makes an impact at MSI is questionable, but you never know, Korean pros have a good history on Singed.

Several champions in the jungle, middle lane and bottom lane have seen some nice changes. Whether this affects their appearance at MSI is unknown, but fans of the game will love and/or hate some.

Mid lane has seen a small change. Zed has had some of his early game power stripped away giving some breathing room for mid lane champions with poorer early games. Cassiopeia is one of those champions. Her mana cost on higher ranks of her Twin Fangs has better cost value.

The jungle is one of the more interesting places. Riot has changed it to allow some more tanks a better time at competing against the powerful early game gankers, with added variety for jungler fighters. Trundle has seen the power of his Chomp and Subjugate increase. Meanwhile, the bain of Bronze solo queue, Amumu has seen his Bandage Toss cooldown lowered. Sejuani has a better time delivering damage with Winter’s Wrath.

On the contrary, Master Yi has a better time running out of the jungle into a lane with an ultimate buff. His Highlander now ignores unit collision, so you won’t get away.  Camille once had her attack speed lowered to deal with her clear speeds. Some of that has been reverted so she may make an appearance in the jungle once again.

In the bottom lane, Nautilus’ crowd control should be better in the late game, whilst Jhin players get to experience a more satisfying Captive Audience and Curtain Call.

Keeping with the theme of the patch, tanks get a little love here. Bramble Vest applies Grievous Wounds for three seconds instead of one, which continues when it’s built into Thornmail.

Marksmen should see some more itemization choices since Stormrazor benefits more from energizing effects. We may seem some diverse build paths entering the scene very soon.

Cutlass has also seen a cost increase because of its value. This increases the combine cost of Blade of the Ruined King by 100 gold, but Hextech Gunblade is a little cheaper to benefit mixed carries a bit more.

Patch 9.7 introduced welcomed ARAM changes in the form of bans, Barrier into backdraft to change the way the Summoner Spell is used and ARAM balancing. However, fans of the mode have to wave goodbye to these changes as Riot are not so happy with them. It is not clear why, but ARAM’s may need another change very soon.