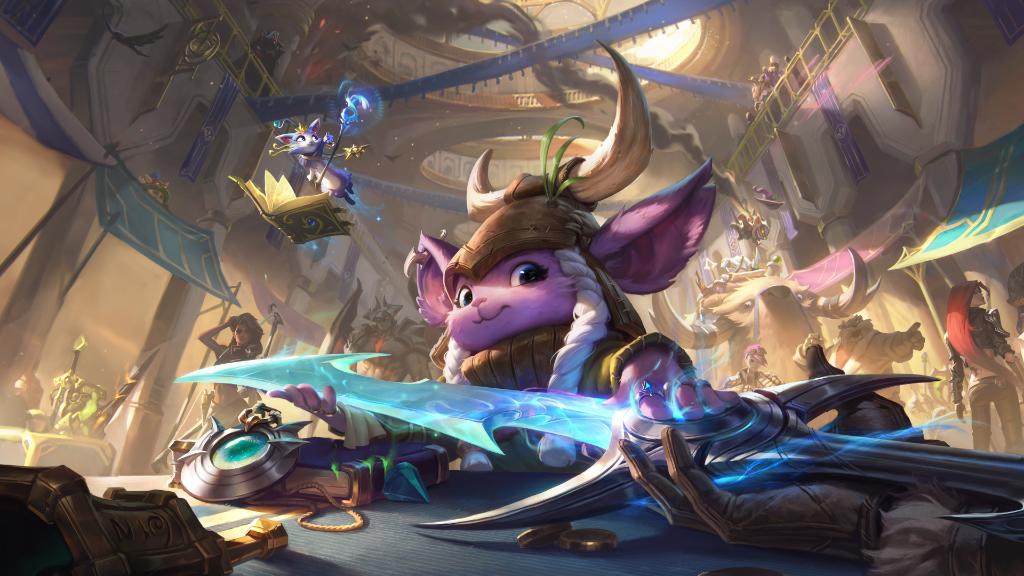 The shopkeeper has a whole new batch of items ready to try out in Preseason 2021. (Photo courtesy Riot Games)

As part of the constantly evolving state of League of Legends, Riot Games have overhauled items in Season 11. In addition to making new items and adjusting existing items, Riot has also added new classifications to the item system. At the top of the item hierarchy are mythic items. Mythic items are the strongest items in the game, going as far as to give powerful effects to subsequent items when completed.

They also require discerning choice: you can only own one mythic item at a time. Given that they will be the first item completion for every champion in the new season, the importance of selecting the correct mythic item is paramount. We’ve broken down everything you need to know about the new mythic items, divided into the class of champions that best utilize them.

Preseason 2021 is upon us, and Patch 10.23 comes jam-packed with some huge changes courtesy of the shopkeepers. We've got:

Welcome to Preseason folks. Good luck and have fun! pic.twitter.com/vFhTmPbdd8

Marksmen have three mythic items designed for them in mind. Galeforce is the first option, acting as a sort of Hextech Protobelt for ADCs. It’s active “Cloudburst” gives champions an extra dash and shoots rockets that deal damage, scaling with AD. Kraken Slayer is the anti-tank option, as it causes every third attack to deal additional true damage. It would be best used on champions that like to build attack speed. Immortal Shieldbow is the survivability option, as champions receive a shield when falling below 30% health. This would be best used against opposing teams with high burst damage.

All three items designed for tanks have the effect “Immolate”, which players will remember from Bami’s Cinder and Sunfire Cape. Sunfire Aegis is the most damage oriented of the three mythic items, causing basic attacks to burn enemies for your immolate damage. This is best used for tanks that can sit in the middle of fights indefinitely. Frostfire Gauntlet is a combination between what were formerly Sunfire Cape and Iceborn Gauntlet, while Turbo Chemtank combines Sunfire Cape and Righteous Glory. Turbo Chemtank will be best used on champions that need extra speed for engage, while Frostfire Gauntlet will be great for sticking onto more mobile enemies in fights. 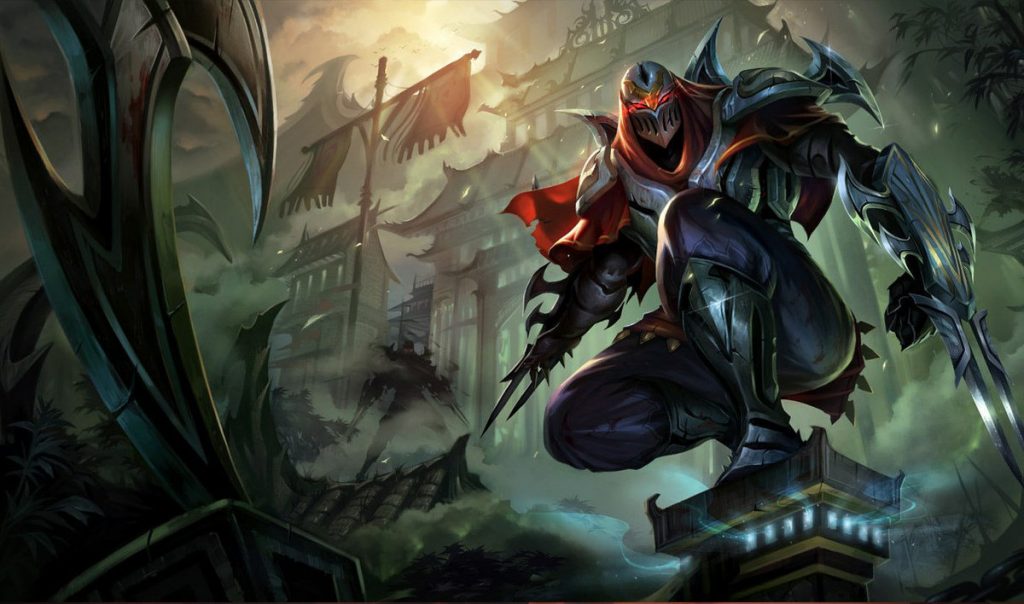 Zed is one of the assassins that will benefit from the new mythic items. (Photo courtesy Riot Games)

Another class, another selection of three different mythic items. Duskblade of Draktharr is the most utility focused of the options, allowing users to go invisible when a champion they have damaged in the past three seconds dies. This can be useful for getting away after an assassination in larger skirmishes. Eclipse helps assassins deal with tanks. Hitting a champion with two basic attacks or abilities within 1.5 seconds deals 8% max health physical damage, while giving the user movement speed and a shield. Prowler’s Claw rounds out the options by equipping an active for extra damage. “Sandswipe” works like Zed ult, granting 15% increased damage to the target for the next three seconds.

Mages have the most options among classes for their mythic item, with six different options available. Some of the names will be familiar to long-time players. Liandry’s Anguish functions very much like Liandry’s Torment, Luden’s Tempest like Luden’s Echo, and Hextech Rocketbelt like Hextech Protobelt. Everfrost’s active “Glaciate” works similarly to Hextech GLP-800, except the active creates a cone that can root enemies in the middle. Riftmaker is an item built for tanky magic dealers, somewhat like Sunfire Aegis. Riftmaker grants 3% bonus damage for each second a champion is in combat (capped at 15%). Finally, Night Harvester is an item designed for AP assassins. It’s effect “Soulrend” deals additional magic damage to a champion and grants users 25% movement speed for 1.5 seconds.

The new look items are very powerful, but you can only own one at a time. (Photo courtesy Riot Games)

Fighters will know their first option very well, as Trinity Force keeps its name and same core concept. In addition to the “Spellblade” effect that mimics the old Sheen, Trinity Force also ramps up your base attack damage when attacking the same enemy. Goredrinker gives champions a chance to deal increased damage at low health and then lifesteal it back up with the “Thirsting Slash” active. This should work well on champions that can survive burst and benefit from lifesteal to turn fights around. Stridebreaker is best used for sticking onto enemies. The “Halting Slash” active gives the user a lunge and slows nearby enemies. Finally, Divine Sunderer is the anti-tank item for fighters. The “Spellblade” effect gives basic attacks enhanced max health physical damage, while restoring health to the user.

Supports have a pair of familiar items at the top of their list. Shurelya’s Battlesong will once again be useful for speeding up your team for an engage or disengage, while Locket of the Iron Solari will grant allies a shield and armor and magic resist. Moonstone Renewer can be purchased to help heal allies, as basic attacks or abilities in combat can heal nearby wounded allies. Imperial Mandate is the final support mythic item, great for supports with crowd control. When slowing or immobilizing an enemy, Imperial Mandate deals bonus damage and marks the enemy hit. Ally champion damage then detonates that mark to deal extra damage.