LCS’s Performance at Worlds was a Cultural Reset 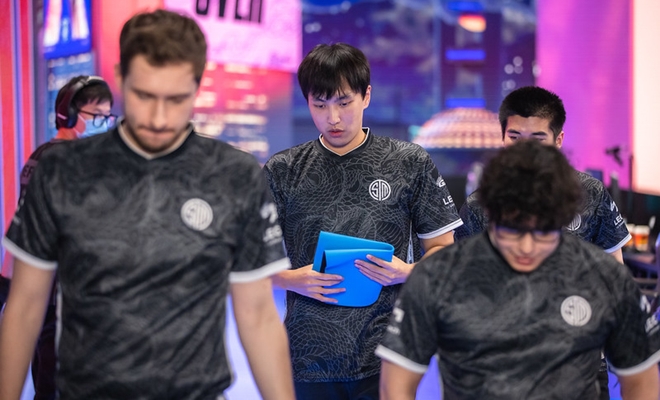 LCS first seed TSM broke a record at Worlds by becoming the first pool one team to even go 0-6. (Photo courtesy Riot Games)

Another year, another disappointing showing from North America at Worlds. As we enter the offseason, and in turn, free agency, we revisit and rehash the same discourse surrounding the region’s stance on talent development, practice resources, and overall infrastructure.

But did the representatives from the League of Legends Championship Series really underperform at the 2020 World Championship? Are the league’s issues able to be solved by a fix as simple as swapping some players around? Here we’ll take a close look at the LCS’s fruitless expedition to Shanghai and break down what went wrong and how the region can improve for next year. 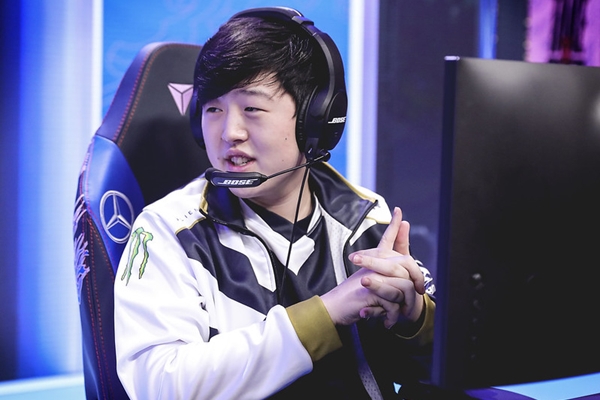 Tactical impressed onlookers at his first Worlds by being a consistent carry for his team of veterans. (Photo courtesy Riot Games)

During the 2020 Summer Split regular season, most people saw TL as a shoe-in for Worlds qualification. Despite endless critiques of their slower-paced style of play, they’d comfortably sat atop the league for nearly the entire split before their performance dipped a bit in playoffs. As a third seed, therefore forcing them to qualify through the play-in stage, people had a surprising amount of confidence in them to perform well at Worlds.

And, all things considered, they did. Liquid stepped into China with a rookie ADC in Edward “Tactical” Ra and a jungler in Mads “Broxah” Brock-Pedersen that didn’t typically play the carry style that defined the meta at that time. Their result was a dominating play-ins performance and a 3-3 finish in the main group stage before bottoming out of the tournament. Liquid’s biggest success during Worlds was putting their full, unwavering faith in Tactical and allowing him to use the experience to its fullest potential. They drafted weakside bot duos like Twitch and Rakan, and strong side duos like Kalista and Sett or Caitlyn and Lux. Team Liquid set up an environment for Tactical to be unafraid to take risks, and it paid off in a big way as he was definitely the strongest-performing LCS bot laner at Worlds.

At the end of the day, however, Liquid is a team of mostly veteran players and they slotted into a group that was by all means escapable for them. Tactical’s inexperience is an easy scapegoat, but he played some of the best games of his career so far and the rest of the team is composed of world champions, a finalist, and a semi-finalist. Aside from Jo “CoreJJ” Yong-in, Liquid’s veterans did not have a very great tournament. Their most glaring weakness was their inability to use the diverse draft options offered by the prevalent carry jungle meta to their advantage due to small champion pools. Realistically, that problem can only be fixed with offseason roster changes that bring in a more flexible top-jungle duo. If Liquid learned anything from Worlds 2020, though, it’s that Tactical is a player with a bright enough future to build around. 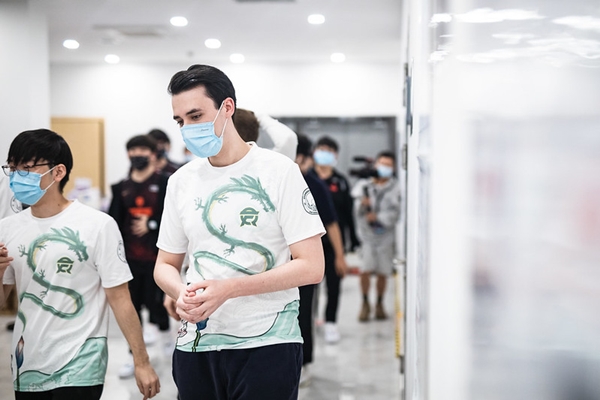 Despite being placed into one of the hardest groups of the tournament, FlyQuest were one win away from potentially advancing to quarterfinals. (Photo courtesy Riot Games)

FlyQuest was the poster child of the LCS throughout the Summer Split. Between their positive rebranding, likeable players, and consistently competitive performance, they gained a lot of attention leading up to Worlds and some even considered them to be the strongest NA representative. A lot of that faith was lost after the group draw, when they were matched with tournament favorites TOP Esports and League of Legends Champions Korea’s second seed DRX. It was an uphill battle from the start, and FlyQuest impressed by staying true to their style.

If teams earned letter grades for their Worlds performances, most would feel fairly confident in awarding FlyQuest a solid B. They set the tone for what the group could’ve been in their opening match against TES, where they showcased a dominating early game before getting choked out by the Chinese representatives. Out of the three NA teams, FLY’s playstyle involving active level one strategies and looking for early angles to move their support around the map, was the most representative of what strong teams were doing and what the meta demanded. They clearly went into Worlds with the intent to double down on their strengths, focusing more on winning games by playing to their win conditions better than their opponent rather than out-skilling them. It showed in their 3-3 record which included two wins over Unicorns of Love and one upset over TES.

FlyQuest’s performance was about what you could expect from a second seed team. The only glaring issue in their play was their inability to play around topside due to Colin “Solo” Earnest underperforming. Of course, a region looking to improve can’t settle for achieving the bare-minimum at Worlds, but in the face of an incredibly top-heavy group, they can definitely say that they tried their best. 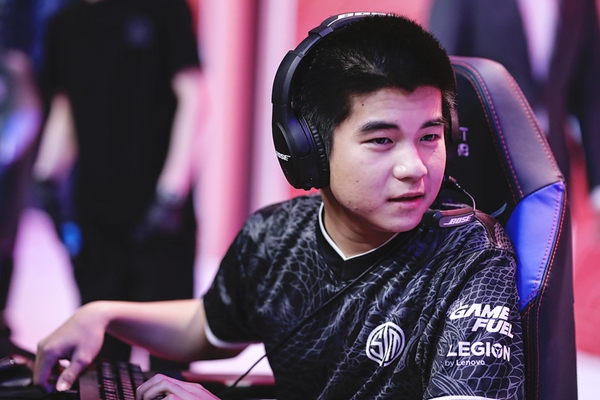 Spica’s performance against some of the world’s best junglers was a shining ray of hope on a TSM squad that looked completely lost at the tournament. (Photo courtesy Riot Games)

Yeah, there’s no sugarcoating this one. TSM’s performance as a first seed at Worlds, finishing last in their group without getting a single win, was embarrassing for both the org and the region. With that out of the way, though, it’s not like we didn’t know this was coming.

On August 13th, when TSM lost 0-3 in playoffs to Golden Guardians, TSM were forced to play and practice in a way that would help them in the short term to spare them from total elimination from Worlds contention. Their losers’ bracket miracle run was fun to watch, and gave us glimpses of the team’s potential ceiling, but teams don’t typically win five back-to-back best-of-fives by fixing all of their mistakes and completely turning things around. There simply isn’t enough time in between games to achieve that level of lasting improvement. TSM was able to win NA by patching up the largest, and most fixable, mistakes that were exposed in previous series, adjusting for those as they prepared for the next opponent, and playing as though they had nothing to lose. The tradeoff was that they’d have to remove the Band-Aids and cover significant ground in their practice in Shanghai.

TSM needed to improve to a baseline level of play by addressing the covered-up mistakes from playoffs and then improve again to become a world class team. They needed to become almost three times as good as they were during playoffs. Fast forward to Worlds and in addition to having their issues exposed by the teams within their group, they also grossly underperformed in draft, individual play, and overall teamplay. We know what happened after that.

Here’s a hot take: TSM was bad at Worlds, possibly even the worst team in the main group stage, but they succeeded in allowing their rookies, top laner Sergen “Broken Blade” Çelik and jungler Lu “Spica” Mingyi, to make the most out of a bad situation. In a meta where both carry top laners and carry junglers were incredibly prevalent, they confidently gave their rookies preferable champions with agency and carry potential. At least in draft, TSM was able to put their trust in Broken Blade and Spica, and as substitute support Erik “Treatz” Wessén said, the team environment was relatively good despite the team’s poor performance.

If Worlds 2020 was a school field trip, Broken Blade and Spica were elementary school students, and the rest of their teammates their chaperones, then TSM didn’t do so badly. This obviously wasn’t the case, and with Soren “Bjergsen” Bjerg’s retirement announcement, the best thing TSM can do right now to ensure this doesn’t  happen again is commit to building around their young players.

WILL THE LCS FINALLY LEARN FROM THEIR MISTAKES?

Looking to talk to more players/owners/coaches/people in the scene to gain more understanding of the problems that are stopping NA from being a contending region. DMs are open, can also leave your thoughts by replying to this

Worlds 2020 was a different kind of wake up call for NA. After years of searching for answers, importing big name players, and failing to look competitive at Worlds, they’ve moved the goalposts back a bit to come to the humbling realization that NA’s international expectations have probably always been too high.

In players like Tactical, Spica, and Broken Blade, we saw the value that the LCS’s rookies are able to provide and got a taste for the depth of skill potentially prevalent within NA’s pool of budding talent. It’s long past time for the LCS to stop comparing themselves to the other major regions, as the results simply aren’t there. Instead, 2021 must be the year where NA orgs finally stop passing the same players from team to team and actually put their trust in hungrier, unproven talent.

The LCS’s overall performance at Worlds 2020 can be considered a failure in a vacuum, but aside from the outlier in TSM, these results should’ve been accepted. The sooner NA realizes that they aren’t at the level they think they are, the fast they’ll be able to get to where they want to be.