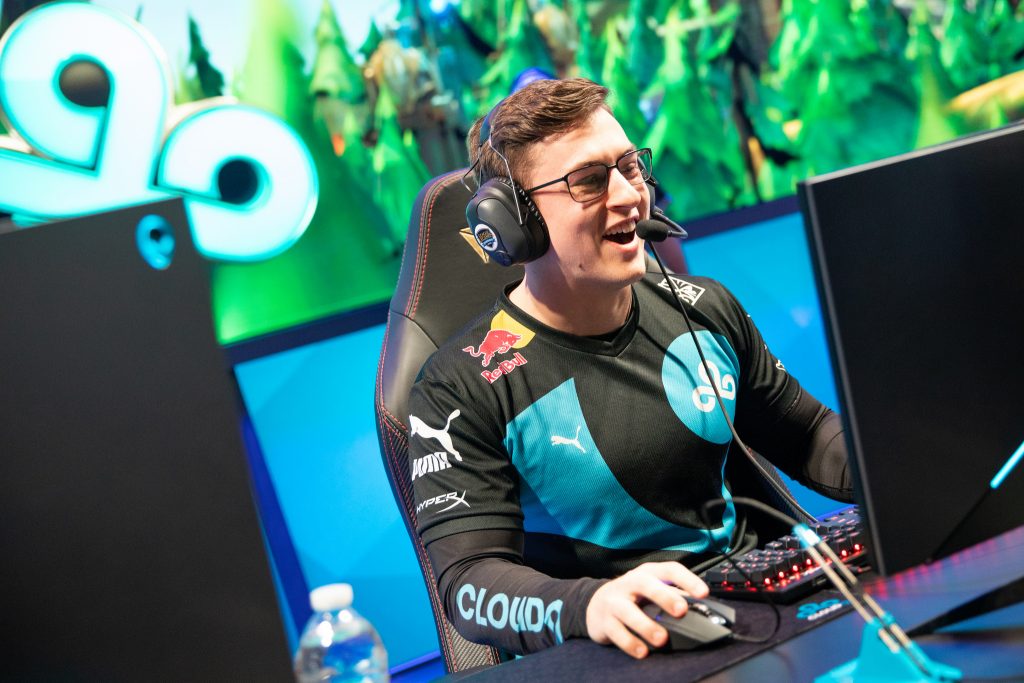 We’re through the sixth week of the LCS 2019 Spring Split. Team Liquid and Cloud 9 had perfect weekends to remain atop the standings. Outside of Team SoloMid, the rest of the LCS now sits at below at below .500 for the season. We take a look back at the match results, top storylines, best plays, and standout individual performances from the past week in North America.

C9 Hold Off TSM In Fight For 2nd

Though a TSM win wouldn’t catapult them past C9 for 2nd, this match felt like a battle for 2nd place in the LCS. TSM are the only team to have beaten TL and were in the midst of a five-game win streak.

Champ select brought out the first bit of excitement in the game. Not only did we get to see Sneaky on Cassiopeia again, but TSM saved last pick for Broken Blade and surprised with Neeko’s first appearance in the LCS. She’s found a home in top lane in solo queue, often building hybrid AP/attack speed.

TSM built a pure poke comp, taking Zoe and Varus for a mix of each damage type. Tahm Kench and Gragas would be on disengage duty, while Neeko offers some ranged CC and the threat of split push when ahead of Aatrox. Cloud 9 would need to force fights to win this one, as they had no shields or healing (outside of Kindred ult) to sustain against TSM’s poke.

With their range advantages in lane, TSM were able to take the early lead. They had lane priority top and mid, giving Akaadian free roam of the map. Broken Blade and Bjergsen were able to use their pushing power to take CS leads and give TSM the advantage in turret plates taken in the game.

Bjergsen was also able to pick up the first two kills of the game. The first came at a skirmish just after 10:30 top lane. C9 ganked Broken Blade and got him very low, but TSM turned it around with a Zoe/Tahm Kench roam. The second kill came just before 19 minutes, as Sneaky got caught out mid lane as the teams were jockeying for vision around the soon-to-spawn infernal drake.

A pivotal moment in the game came at 20:30. The teams fought 5v5 around mid lane, with C9 picking up the lone kill. However, TSM had the health advantage and tried to push it by quickly taking infernal. Without Akaadian’s Gragas, they had no way to secure it and Sneaky made it over in time to push them off and give C9 their second infernal of the game and denying TSM their first. TSM picked up the third infernal spawn at 26 minutes, but that still left them behind C9 in terms of amplified damage for the rest of the game.

TSM found a pick onto Sneaky at 28 minutes that allowed them to start Baron. They peeled off well when Licorice teleported in, and took another 3 kills for themselves before finally finishing it off.

Using Baron, TSM were able to take down bot inhibitor and a Nexus turret at 31:30. But that’s as far as they’d get in this one.

TSM picked up the next Baron on spawn, but C9 used that time to sweep and start up the Elder Drake. TSM collapsed and Akaadian was able to smite it away from Svenskeren, but C9 actually won the fight 2 kills for 0, including a 1k bounty onto Nisqy.

Through all the action, the game had reached 40 minutes by the next time the teams fought. Cloud 9 caught out TSM as they were pushing mid, picking up a 4-1 fight win on the back of Licorice, Nisqy, and Sneaky. With the death timers C9 were able to take the entire TSM base and shockingly pull the game back, just like that.

Without first establishing poke damage, TSM were just run down in the pivotal fight. They played the game so well up until that point but were unable to close it out. Meanwhile, C9 did very well to weather the storm and wait for their winning fight. These are definitely the two best teams behind TL in the LCS.

On the other end of the spectrum are the remaining 7 teams in the LCS. Each is currently closer to last place than to breaking into the top 3. At the same time, no team in the league is more than 1 game out of a playoff spot.

Counter Logic Gaming had a promising bounce-back weekend after their disastrous week 5. They cemented their season series win over FLY, giving them the all-important tiebreaker, should it come down to that. CLG fell in their match against CLG, but they put up a better fight than they did in losses to TSM and C9 last week. CLG also have an advantage over the other teams around them in the standings by already finishing their season series with C9 and TL.

FlyQuest looked to have cemented themselves as the 4th best LCS team in the early going. Losses to TSM and C9 in week 5 were not unexpected and the team still was sitting at .500. However, losses to CLG and OPT in week 6 are cause for concern. FLY have some great skirmishing power, but their macro decisions have left a lot to be desired late in games. With four straight losses, they are trending in the wrong direction.

Golden Guardians picked up their third straight 1-1 week, a sign of their consistent inconsistency. Froggen continues to be great, but the rest of his team is seemingly taking turns rotating terrible performances. The loss this week to C9 was expected, but GGS closed out an important one against fellow NBA organization 100 Thieves. It wasn’t the prettiest of games, but a win is a win during the playoff chase.

OpTic Gaming are 3-4 in their last 7 games, but that record looks better with context. Those 4 losses all came to the top 3 teams: 2 losses to TL and 1 apiece to C9 and TSM. OpTic have also spent part of the season without their starting lineup and have not had as much practice together as the other teams have had. That they’re surging and playing better of late is a very good sign for them as we enter the stretch run to playoffs.

100 Thieves are a miracle comeback against Clutch Gaming away from being the dead last team in the league. Expected to be a top contender with the acquisitions of Huhi and Bang, 100T have been anything but that. Their latest strategies seem to revolve around putting Ssumday and Bang on hyper carries and letting them try to win the game themselves, all-in-all not a bad plan given the team’s current form.

Clutch Gaming had the makings of a great week 6. They had a nearly insurmountable lead against 100 Thieves, only to prove why it was merely nearly insurmountable. Despite that deflating loss, they still managed to wipe the floor with Echo Fox in their second game of the week. The unfortunate news for CG is that they have yet to play any of TL, C9, or TSM for a 2nd time and have one of the most difficult remaining schedules.

Finally, Echo Fox bring up the rear in terms of tiebreakers. Their best wins are against a pair of 5-7 teams — FlyQuest and Golden Guardians — and they’ve already turned to subbing out their most heralded off-season addition, Rush. The team has not displayed the type of ceiling that would allow it to run with the better teams in the LCS, as nobody on the roster has stood out in their role so far in 2019. More changes could be on the way to their starting lineup.

You could argue that this breakdown of top 3 versus bottom 7 is a product of a few elite teams and a very competitive group below them, but the quality of the games leaves a lot to be desired. Without the threat of relegation, some teams may just be okay starting their well-known players week-after-week instead of searching for a spark. Hopefully, as teams start to get eliminated we can see some fresh faces fighting for playing time.

Player of The Week: Ssumday

Yes, 100 Thieves almost went 0-2 on the week. Yes, they are one of the worst teams in the LCS so far in 2019. But Ssumday is not one of the problems. He was a huge part in the unbelievable comeback against Clutch Gaming and tried his best to carry 100T against Golden Guardians.

Ssumday played Riven in both games this week. That makes sense, given how hard the rest of the roster is struggling, but is still more of a niche pick despite its rise in use competitively. It brings back the days of Team Coast picking Shiphtur Katarina every game because they needed him to hard carry to stand a chance.

Ssumday went 5/3/4 against Clutch, including finding important picks to get them back in the game. He also started 5/0 against GGS before eventually finishing 5/1/1 in their loss. His opponent Hauntzer finished 0/6/3 on Ryze in his win.

We’ll probably see more games like this for Ssumday to come. He leads LCS top laners with 406 gold per minute, a 23.2% gold share, and a 32.7% kill share. It’s clear that 100 Thieves want the team to run through Ssumday with the resources being given to him. Hopefully, he can keep showing up and giving 100 Thieves a chance to win every week.