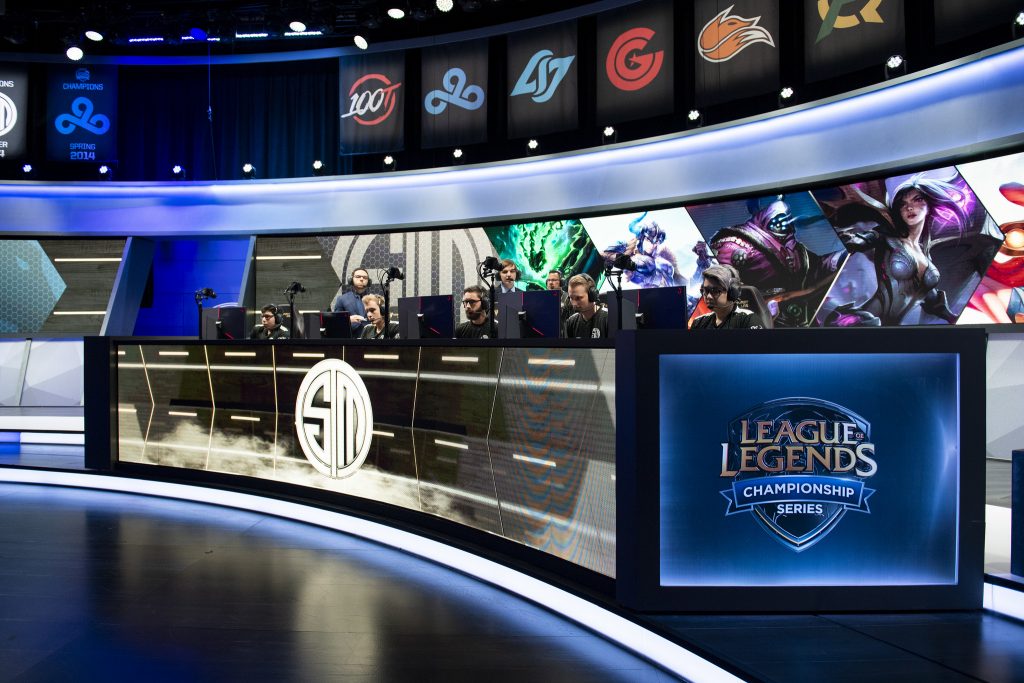 Last week in the LCS, TSM dropped both of their games to fall into a tie for last place. This week, they toppled undefeated Team Liquid. (Photo courtesy of Riot Games)

We’re through the fourth week of the LCS 2019 Spring Split. Team Liquid picked up their first loss of the season while Clutch Gaming and OpTic Gaming are in a tie for last place. We take a look back at the match results, top storylines, best plays, and standout individual performances from the past week in North America.

What a difference a week makes.

Last week, TSM dropped both of their games to fall into a tie for last place. We were left wondering if they really had made any improvements in the offseason or whether it would be another disappointing year for North America’s most visible franchise.

We don’t know how they’ll fare week-to-week or how they’ll finish the season, but we do know one thing — they have the ceiling to be the best team in NA.

Team Liquid has long been both a mechanical powerhouse and the team with the best map play in NA. No team is touching TL’s bot lane of Doublelift and CoreJJ, but TSM crushed the solo lane matchups in this game.

Team Liquid first picked Yorick, meaning one of two things — they either think it was the strongest pick from all roles available to them, or they felt they couldn’t give that pick up to Broken Blade.

Either way, the pick was a disaster for TL. Both Xmithie’s Lee Sin and Akaadian’s Sejuani came top early, trying to influence the lane. But it was Akaadian who kept coming back, blowing Impact’s flash before finally picking up a kill for Broken Blade’s Jax counter pick.

TL were able to help their bot lane snowball but had no answers for Broken Blade in the side lane. With each team having a power point in one of the side lanes, that meant that mid would be the tiebreaker in terms of pressure. Bjergsen made sure that went TSM’s way.

Because they were red side and TL first picked Yorick, TSM were able to counter pick both top and mid. Zoe was the choice for Bjergsen into Jensen’s Syndra. While not a counter pick in lane, Bjergsen was able to output more pressure mid lane than Jensen by constantly exhausting Jensen’s mana pool and forcing him back to base.

Akaadian had a great game playing around his solo lanes in this matchup. He got caught out once in the bottom river around an early drake but never died again in the game. His support of Broken Blade and Bjergsen allowed TSM to push their leads and maintain mid priority throughout the game.

TSM allocated Broken Blade bot lane and took advantage of him solo killing Impact in TL’s base at 28 minutes. Broken Blade backed off and teleported to Baron with the rest of TSM, taking the objective uncontested.

TL tried to contest the second Baron spawn but had no chance. Broken Blade was loose in TL’s base wreaking havoc and the rest of TSM were able to push them away and run through the Nexus.

Doublelift finished the game 3/0/1 on Sivir, but TSM’s carries were too threatening for him to take over team fights.

Owner Steve appeared on the LCS post-game breakdown and bluntly said that he did not understand his team’s Yorick priority in the draft. While it would be reaching to say he has lost any faith in his coaching staff, it’s never great for your boss to publicly question the result of your draft — whether it was player or coach driven.

It seems pretty clear that TL will go in a different direction in their rematch, but TSM will take their earned win in this one.

Echo Fox might not be the scariest team in the LCS, but nobody wants to face them after they’ve lost their first game of the week.

With the win over 100 Thieves, Rush has moved to an incredible 16-0 on Sundays after a loss. He has never gone 0-2 on a weekend in his history of playing in the LCS.

Now Rush didn’t have some incredible carry performance, but he played better than AnDa. That was certainly reflected in the score line, as Rush finished 1/1/12 to AnDa’s 1/3/1.

Eschewing a more traditional build, Rush rushed a Guardian Angel before he finished his boots or a jungle item. That allowed him to keep throwing himself in the middle of skirmishes with his flag-and-drag into ultimate combo.

Echo Fox played pretty well, but 100 Thieves looked terrible. Their first attempted play of the game was diving Malphite top, and as you can see, it didn’t go so well:

Ssumday pulled aggro first before AnDa, goes below 200 health, then AnDa re-engages Solo and has to flash away with 30 health. Ssumday then also has to flash away at 50 health, and Solo gets to pick up all the farm at his turret and wins the flash exchange 2 for 1.

Huhi and Bang took turns getting caught out for no reason. Huhi re-engaged a fight 100 Thieves had no business taking after the first ocean drake, while Bang pushed out bot lane too far without his support to back him up.

It was a disappointing weekend after 100 Thieves looked to be coming together last week. They drop back out of the playoff picture at 3-5 in a tie for 7th place.

Echo Fox have been as steady as they come — at least in week-to-week performance. They are 4-4 in a tie for 4th place.

The NA Challenger scene knew in 2018 — don’t let V1per play Riven. When he went to bootcamp in Korea, top Korean pros such as now SKT top laner Khan were adding him to talk about his Riven play:

His score lines of 3/1/2 and 2/2/4 may not stand out, but V1per’s Riven was clean in FlyQuest’s wins over 100 Thieves and Clutch Gaming. Playing against two Korean imports, V1per took large CS leads in both matchups, finishing 36 CS up on Ssumday and 108 up on Huni.

Besides being his comfort pick, Riven seems to go very well with FlyQuest’s playstyle. While she is a massive threat when split pushing, Riven can also collapse to team fight when she gets a good flank. Barreling into a fight opens up so much room for WildTurtle to pop off, as he did in both games this weekend.

In an admittedly small sample size, V1per’s Riven produced his highest CS per minute, gold per minute, kill share, and gold share of any champion so far in the young season. His comfort and mastery of the champion was evident.

Player of the Week: Bjergsen

For all the talk that maybe Bjergsen isn’t as great as he once was, he made an emphatic statement this weekend that he’s still the best mid in North America. TSM started off the week against OpTic Gaming and former world champion Crown. Bjergsen finished the game 2/1/13 while dealing more damage to OpTic than his 7/1/7 Cassiopeia.

The big matchup, though, was against Jensen and undefeated Team Liquid. Bjergsen never solo killed Jensen, but he crushed that matchup. His Zoe constantly pushed Jensen’s Syndra out of lane, never giving Jensen a chance to find a kill or snowball. Bjergsen landed bubble after bubble to secure skirmish wins for TSM and gave them mid priority for the entirety of the game.

The final tallies of the matchup were telling. Bjergsen doubled Jensen’s damage to champions, 24.5k to 12.3k. Jensen participated in only 1 kill, finishing 1/2/0 to Bjergsen’s 3/0/7.

Jensen may be ahead of Bjergsen in most statistical categories for LCS mids, but this is a case where numbers lie. Jensen has played incredibly well in his debut season with Team Liquid, but their success as a team has helped buoy his numbers as well. As we saw on Sunday, Bjergsen is still the king of NA mid laners.