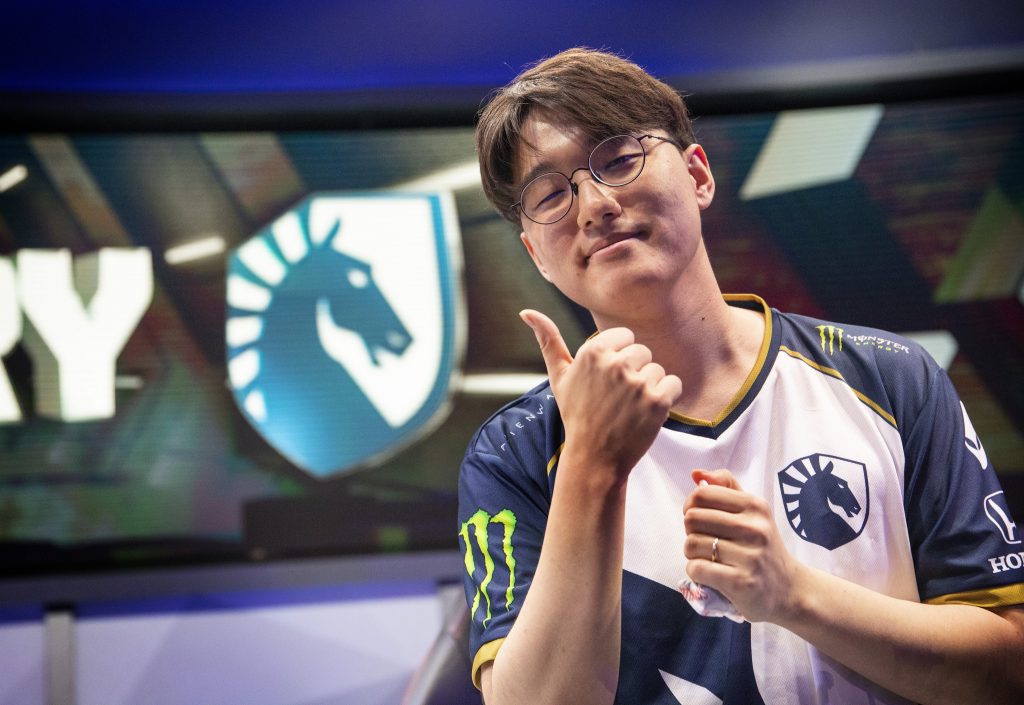 At a perfect 4-0, it doesn't look like anyone is up to challenging Team Liquid in the LCS.

We’re through the second week of the LCS 2019 Spring Split. Team Liquid sits alone atop the standings, six teams are packed in the middle at 2-2, and Golden Guardians are still looking for their first win. We take a look back at the match results, top storylines, best plays, and standout individual performances from the past week in North America.

Who Can Stop Team Liquid?

In North America? Probably nobody.

Team Liquid have already played top contenders Cloud 9 and 100 Thieves, both of whom didn’t stand much of a chance. CoreJJ has somehow exceeded the lofty expectations set upon him before the season and Jensen continues to be a welcomed upgrade over Pobelter.

Pr0lly started their match against Team Liquid with some trash talk, stating that Bang would prevail in his matchup because he’s a better player than Doublelift. That didn’t look good 6 minutes into the game. Doublelift used his E Bladecaller on Xayah to root Bang’s Viktor and CoreJJ’s Rakan followed up with W Grand Entrance for an easy 2v2 kill in lane for First Blood.

100 Thieves tried to play around their top side of the map but to no avail. Impact’s Sion played safely and got tanky, while Xmithie’s Lee Sin hovered around him whenever Ssumday’s Yorick was setting up for a dive. Yorick will eventually have pressure on Sion in a sidelane, but Team Liquid’s early leads in mid and bot meant that the game would never get to that point.

The only notable misstep for Team Liquid was allowing a “50/50” smite fight for Baron, but they like those odds when Xmithie is involved. The second Baron bait was the game decider, as 100 Thieves funneled to their death to try to stop it.

The game ended in 35 minutes, but Team Liquid were in control the entire time. In their first matchup in the LCS, Doublelift finished 4/0/7 on Xayah and up 114 CS over Bang’s 1/3/4 Viktor.

Maybe more importantly, we saw in Team Liquid’s second game of the week that Impact is willing to play a carry if needed. Lining up against Huni and Clutch Gaming, Impact pulled out Akali and played it into a counter pick in Rumble. Impact certainly benefited from Huni teleporting bot lane at level 1, but it’s a great early sign for Team Liquid’s ceiling that Impact is willing to play carry picks for the team.

Clutch Gaming had a chance pick up the first two infernal drakes of the game and make life very difficult for Team Liquid. Lira was able to solo the first spawn, courtesy of being Olaf and doing Olaf things with his early clear speed. Clutch Gaming had priority on the second infernal spawn as well, controlling the pit so that Xmithie’s Lee Sin had to attempt a steal from the back. We all know how that went, as Xmithie seemingly doesn’t lose those smite battles. That evening up of infernal drakes was a crucial swing in the game, as Team Liquid had already built up a 3k gold lead from their superior laning phase.

Team Liquid just snowballed the game from there, taking a 13-5 kills victory in 37 minutes. Jensen and CoreJJ went deathless in the game, finishing 2/0/5 and 3/0/10 respectively.

So much for them being the worst team in the league. After losing to OpTic Gaming’s substitute lineup last week, CLG handed FlyQuest their lone loss of the season and followed it up with an upset of Cloud 9.

The win against FlyQuest wasn’t pretty, but CLG played to their win condition. CLG conceded the early game, allowing FQ to take 7 turret plates to 2, as well as the first 3 outer turrets of the game. CLG knew they needed time to scale with Sion, Orianna, and Ezreal, while FQ would run out of steam with Lee Sin, Syndra, and Draven.

FlyQuest tried to execute a split push with V1per’s Aatrox, but CLG made great use of Tahm Kench’s R Abyssal Voyage to constantly shut him down. PowerOfEvil’s Orianna was a big factor early, earning CLG’s first 4 kills in the skirmishes that broke out around the early objectives.

Eventually, CLG’s beefy Sion and Tahm Kench were too much for FQ to handle, and CLG could just group and run at them with Stixxay’s Ezreal landing free damage from the backline. CLG conceded only 1 kill in the game, taking 9 of their own in their 49-minute win.

In their game against Cloud 9, CLG picked up an uncontested ocean drake at 6 minutes to help them survive the laning phase. Once again they were playing a scaling composition, so the ability to buy time was crucial to playing to their win condition.

The first big fight of the game came at Baron 25 minutes into the game. CLG forced it with two mountain drakes in their pocket, meaning Cloud 9 had to respond quickly or risk losing it. CLG were able to kite it out and pick up the 1 for 0 trade, the fight seemingly ending. However, CLG also had two ocean drakes, so they were rapidly regenerating their health and mana, and Darshan went back to base to teleport flank Cloud 9 just 30 seconds later.

CLG picked up 2 kills on a surprised C9 and secured Baron seconds later. CLG weren’t able to push their advantage with that Baron, but had a clear gold lead and better scaling composition. They were able to pick up the second Baron uncontested and this time were able to use it to close out the game.

CLG are looking much better with the combination of Wiggily and Darshan playing together on the top half of the map, after trying both Moon and FallenBandit in week 1. Stixxay and Biofrost have been crushing it on Ezreal and Tahm Kench, so expect teams to either ban them out or have something planned for that lane in week 3.

Pretty soon OpTic Gaming will have a decision to make, and the academy substitutes are making a case for becoming the main roster. Not much was expected of OpTic Gaming coming into 2019, but a 2-2 start with players that haven’t had much practice time together should be eye-opening to the organization.

Dardoch was the early playmaker for OPT in their win against Clutch Gaming. Facing three of his 2018 teammates, he picked up First Blood on Lira over a bot side scuttle exchange at level 4. Crown’s Rumble counter pick into Akali was able to move first, giving OpTic the early lead.

Another early skirmish broke out at OPT’s raptor camp. This time Clutch Gaming had the first move, bringing in 4 players to OPT’s 3. However, because it was on OpTic’s side of the map and next to their mid lane tower, they were able to kite back until Dhokla’s Sion arrived. He charged in with his ultimate Unstoppable Onslaught and picked up an early triple kill.

With his lead, Dhokla was able to solo kill Huni in a side lane while OPT won a 4v4 in bot lane. OpTic took their lead to force Baron at 23 minutes, securing it despite CG getting in the pit to contest it. With that Baron, nobody could match Dhokla’s Sion in a side lane, despite Huni’s Jayce rushing Blade of the Ruined King and Lord Dominik’s Regard. They eventually closed out the game in 33 minutes, with Dhokla and Dardoch finishing 5/0/2 and 5/0/3.

LCS Player of the Week: CoreJJ

Olleh was a top 3 support in the LCS in 2018 and may have been the best by the end of the year. Somehow, CoreJJ has still been a huge upgrade in 2019. CoreJJ and Doublelift took the hype of facing Aphromoo and Bang in stride, crushing them in their matchup with a solo kill and 100+ CS lead. CoreJJ had no fear in playing Rakan after the nerf, making him look as viable as ever on his way to a 3/1/8 line.

In his game against Clutch Gaming, CoreJJ made Braum look like an engage support. He was able to hit incredible R Glacial Fissures to start things off for a composition that shouldn’t have had many ways to force fights. After that 3/0/10 performance, CoreJJ elevated his season-long KDA to 9.80, tops in the LCS among supports and 5th among all players.