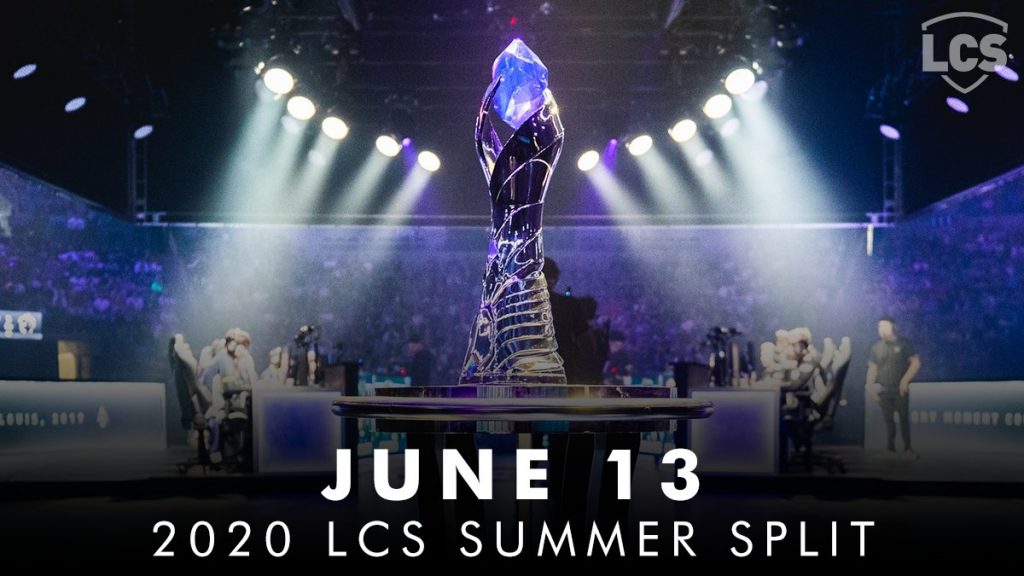 The League of Legends Championship Series (LCS) Summer Split will now be starting on Saturday, June 13th, according to an announcement from Riot Games on Monday. The LCS Academy will return on June 12th, though details on the Academy schedule are still forthcoming. This decision follows Riots announcement last week that they will be cancelling MSI 2020 due to the ongoing pandemic last week.

A massive team fight breaks out in the river with @Cloud9 taking down four and breaking the game open! #LCS

The first half of the 2020 LCS Spring Split was played from the studios in Los Angeles. However, the competition was moved online in March following the expansion of the coronavirus outbreak. The LCS is hoping to return production to the studios for the start of the Summer Split, but it is too early to tell if that will be possible.

Riot also announced that the League of Legends European Championship (LEC) will be starting the LEC Summer Split on June 12th.

The #LEC Returns on June 12th!

To accommodate the new LEC Summer Split schedule, Riot rescheduled the Summer Finals to September 5th & 6th and the EU Masters Finals to September 19th and 20th. In similar fashion to the LCS, the LEC is also monitoring the COVID-19 situation to make a decision on whether they will play the LEC Summer Split online or in the Berlin based LEC Studio.