LCS Summer Finals: Four is the Lucky Number for TL 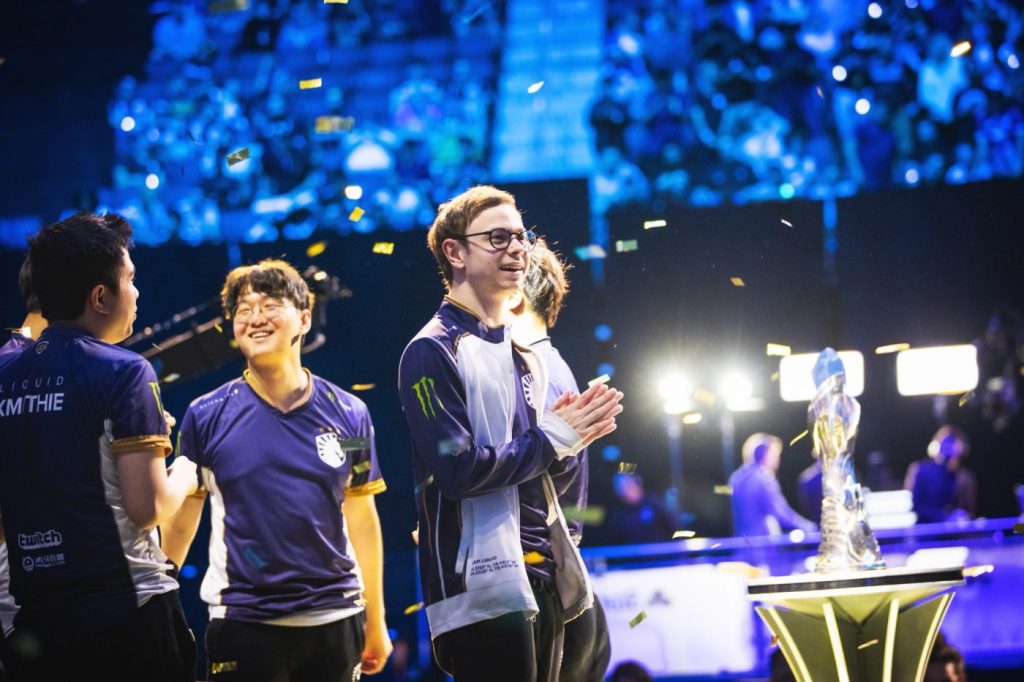 Team Liquid outlasted Cloud 9 in a tense 3-2 series to capture their fourth consecutive League of Legends Championship Series (LCS) title. Both TL and C9 were already qualified for the 2019 World Championship heading into the finals, but TL have now secured North America’s number one seed, while C9 will settle for second. Let’s look at how the LCS Summer Finals went:

Team Liquid kicked off the series by exploiting a rare mistake from league MVP Dennis “Svenskeren” Johnsen in the early going. Svenskeren contested Jake “Xmithie” Puchero’s Sejuani in the top river at 6 minutes without his flash up and was quickly punished on roam priority from Jung “Impact” Eon-yeong and Nicolaj “Jensen” Jensen. Team Liquid picked up the first two kills of the series and started a snowball that C9 could never recover from. TL won the opener 13 kills to 9 in 30 minutes.

The C9 bot lane duo capitalized and had their best game of the series. Sneaky finished 12/5/10 on Kai’Sa with 29.3k damage dealt, good for highest in the game. Zeyzal’s Braum was involved everywhere on the map and finished with 25 of 30 kill participation. Yasin “Nisqy” Dinçer’s Irelia picked up a couple of solo kills on Jensen in the side lane for good measure in C9’s 30 kills to 16 victory.

TL were in control of game three at ten minutes when C9 started up mountain drake. Despite a 1.5k gold deficit, Zeyzal found an opening to engage a fight with a clean Alistar Pulverize on two members of TL. Svenskeren burned down the mountain drake and C9 cleaned up the fight four kills to two as Eric “Licorice” Ritchie’s Aatrox rampaged with resets.

Perhaps on tilt, TL were uncharacteristically split up in a fight over Rift Herald minutes later. C9 capitalized, picking up three kills for zero to take the gold lead. It was all C9 from there, as they picked up 12 of the final 15 kills of the game to close game three out in only 25 minutes.

Jensen is finally giving us a #LCS title

Cloud 9 were so confident after their dominant game 3 performance that they made a bold declaration on Twitter.

Despite C9’s confidence, Jensen wasn’t quite ready to hand C9 a trophy. TL opted to leave Qiyana open for Nisqy, having confidence in Jensen to find the right matchup to lane into it. He chose Leblanc and TL were rewarded for their strategy. C9 had the early kills and plays on the map, but Jensen was making Nisqy pay for it in lane by building up a 40+ CS lead.

Jensen put that extra gold to work on making picks across the map for TL and making it impossible for Nisqy to ever get side lane pressure. Doublelift and Jo “CoreJJ” Yong-in also had their first pop-off game of the series, supplying the sustained damage TL needed in fights to compliment the burst from Jensen. TL won game four 15 kills to 10 in 33 minutes to force game five.

The biggest LCS game of 2019 was also unfortunately one of the more lopsided games of the year. TL rode their momentum from their game four win and smashed C9 in every way possible. Doublelift and CoreJJ eviscerated Sneaky and Zeyzal after a key early counter gank from Xmithie, Jensen picked up a solo kill in a 1v2 mid, and Impact’s Shen had a larger presence despite being counter picked by Licorice’s Vladimir.

.@Jensen gets a triple kill as @TeamLiquidLoL extend their lead in game five! #TLWIN #LCS pic.twitter.com/OXZDGPKkJQ

Jensen cemented his Finals MVP with an incredible 11/0/5 performance on Akali, including the aforementioned solo kill in the 1v2. C9 opted to leave Akali up for Jensen in exchange for Aatrox and Xayah in their first rotation, but Jensen proved once again why he can’t be given that champion. He again did what he’s becoming most famous for in the LCS  — denying C9 LCS titles.

FOUR IS THE LUCKY NUMBER

Team Liquid have moved on from the team destined to finish fourth to the first team in LCS history to win four consecutive LCS titles. They became the fourth team to win an LCS title in the 2018 Spring Season and have been North America’s best team ever since. No team in the LCS has had enough firepower to overcome the stars TL have across the map, not to mention the experience and coordination they’ve gained playing together domestically and internationally.

When Jensen joined TL from C9 to start 2019, Doublelift promised to get Jensen his first title. Likewise, Jensen promised Doublelift that he would help him get out of the group stages in an international tournament for the first time. Both have delivered on their promises. With the proverbial monkeys off the backs of their two biggest carries, we look forward to seeing what they and TL can accomplish at the 2019 World Championship.

With the 2019 Summer Season in the books, the last LCS World Championship spot is up for grabs among four teams: Clutch Gaming, Counter Logic Gaming, FlyQuest, and TSM. The teams have been seeded according to their accumulated Championship points during the 2019 season. All matches will be best-of-five games.

CLG may be the favorites after their reverse sweep of Clutch Gaming, but don’t discount the time TSM have had to prepare. Tune into the action Friday, August 6 through Sunday, September 8 on https://watch.lolesports.com.