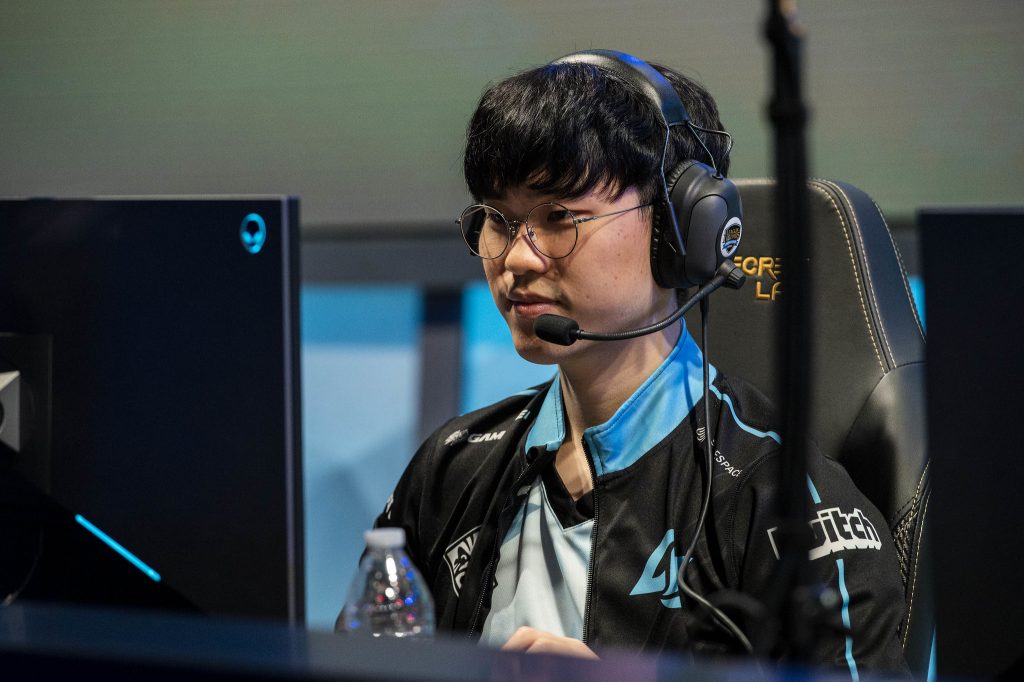 Week seven of LCS Summer 2019 is in the books. Team Liquid have opened up a two-game lead on the field, while 100 Thieves are in playoff position for the first time in the Summer Season. We look at where things stand and the top storylines after week seven in North America.

Counter Logic Gaming won games against FlyQuest and Cloud 9 to finish 2-0 and move into a tie for second place in the LCS with Cloud 9. The win against Cloud 9 split the season series at 1-1, crucial in the battle for the second bye (we will take some liberties and assume Team Liquid locks up the first).

We had been skeptical of CLG’s top-end potential with Tristan “PowerOfEvil” Schrage’s inability or unwillingness to play melee champions, but that doesn’t seem to be an issue any longer. Sure, it’d be helpful for the draft if he could play Irelia or Sylas, but Sylas is now most popularly a jungler and mages are once again highly prioritized mid lane. PowerOfEvil is an excellent Corki, Azir, and Viktor player, so CLG will be just fine.

Kim “Ruin” Hyeong-min has not been crushing lane—or even going even—but he has consistently drawn enemy jungle attention while requiring none of Raymond “Wiggily” Griffin’s time. CLG’s teamwork has looked better than ever with Ruin, but for an interesting reason.

We'd @ you if you had Twitter! Glad we could get you a win during your trip to LA! 👊 #WeAreCLG #CLGWIN pic.twitter.com/bm8jdeDAg0

Darshan “Darshan” Upadhyaya liked to play split pushers, like Ruin, but would often end up joining team fights despite having built for split push. Ruin doesn’t do that. Even when he falls behind, Ruin is still finding farm in side lanes and forcing someone on the enemy team to respond to him. CLG then uses their stronger four-man group to force plays. It’s a simple plan, but one they’ve executed well.

Ruin inexplicably got solo killed on Jayce against Eric “Licorice” Ritchie’s Malphite, but recovered well enough to finish 4/1/1 overall, underscoring how little his laning phase has mattered to CLG. More important was his matching teleport bot lane to secure a huge lead for his team.

CLG have one of the easiest remaining schedules in the LCS over the final two weeks. They play Clutch Gaming and Echo Fox in week 8, before finishing the season against OpTic Gaming and 100 Thieves. Only one of those teams has a winning record, and none of them are Team Liquid, Cloud 9, or TSM. CLG have a real chance at finishing top-2 in the LCS and securing a first-round bye in the playoffs.

THE RACE FOR SIXTH

Five teams in the LCS have a winning record with two weeks to play — Team Liquid, Cloud 9, Counter Logic Gaming, OpTic Gaming, and TSM. Only Team Liquid is a lock for now, but those five have at least a two-game lead over the next three teams fighting for sixth — 100 Thieves, Clutch Gaming, and Golden Guardians.

100 Thieves took a loss to Cloud 9 before bouncing back with a win over FlyQuest. They have turned into a good team ever since their roster change, even if they don’t have the talent to challenge the top of the league. They have important matchups against fellow 6-8 teams Golden Guardians and Clutch Gaming to end the season. 100 Thieves lost the first matchup to both teams, so a loss to either would drop them a game behind and give away the tiebreaker. That makes both games essentially must-win for 100T.

Clutch Gaming lost to the best team in the league (Team Liquid) and beat the worst team in the league (Echo Fox) in week 7, keeping them in the thick of the playoff race. Matchups against 100 Thieves and Golden Guardians will be very important for their playoff picture. CG won the first game of the season against both, so picking up those two wins could seal a playoff spot for them, even if they drop their game against Counter Logic Gaming. A game against 9th place FlyQuest doesn’t hurt their chances, either.

The Golden Guardians are coming off a rough 0-2 week, dropping games to TSM and Team Liquid. They seem to have committed to Victor “FBI” Huang and Choi “Huhi” Jae-hyun bot lane after trading Matthew “Deftly” Chen to Cloud 9. FBI takes up an import slot, so Kim “Olleh” Joo-sung is stuck playing in Academy. The results have been — underwhelming. Team Liquid absolutely crushed FBI and Huhi, handing them a combined 1/12/5 scoreline on a generally safe lane combo in Varus and Tahm Kench.

THE RETURN OF LICORICE

Licorice returned this weekend after missing two weeks to rest his ailing wrist. Ziqing “Kumo” Zhao played well in his absence, but Licorice is still arguably the best top laner in the LCS. He showed off that laning prowess against CLG, picking up a solo kill with Malphite into Ruin’s Jayce. That is incredible stuff.

He punished Aaron “FakeGod” Lee in his first game of the weekend as well, finishing 0/2/10 on Kennen to FakeGod’s 0/5/1 Aatrox. The pressure advantage that he and Yasin “Nisqy” Dinçer provide over opposing solo laners gives Zachary “Sneaky” Scuderi and Tristan “Zeyzal” Stidam the space to scale and allows Dennis “Svenskeren” Johnsen to jungle aggressively.

Though his announcement never voiced concern that he would be out for an extended period, it’s still good to see him able to play before the playoffs even begin. Cloud 9 have important matches ahead if they want to finish top-2 in the LCS and secure a first-round playoff bye.

Joshua “Jatt” Leesman made his return to casting after spending the first half of 2019 working on the Riot balance team. Jatt was the starting jungler for Team Dignitas in 2011 before leaving to join the Riot broadcast team, where he appeared until the start of 2019.

His return gives the LCS a boost at analyst. Jatt is known for his knowledge of stats and he wasted no time bringing them to the broadcast, discussing in-depth metrics like Kim “Wadid” Bae-in’s low rate of forward lane presence. His combination of experience as a former player and work on the balance team should make him an incredible resource during games and on the analyst desk going forward.

Two teams locked in the standings at 6-8 and in a tie for the final playoff spot. The Golden Guardians’ strength is in their solo laners Kevin “Hauntzer” Yarnell and Henrik “Froggen” Hansen, while 100 Thieves is in their bot laners Bae “Bang” Jun-sik and Zaqueri “aphromoo” Black. The decider could be that Maurice “Amazing” Stückenschneider has had a much better season than Juan “Contractz” Garcia, especially since the addition of Yoo “Ryu” Sang-wook to the starting lineup.

This matchup between two top teams in the LCS could clinch a first-round bye for Team Liquid. Cloud 9 have been having to split time between Licorice and Kumo and aren’t looking as good as they did in the Spring Season. They will need Svenskeren to out-jungle Jake “Xmithie” Puchero to have a chance to pull off the upset. Yiliang “Doublelift” Peng and Jo “CoreJJ” Yong-in are looking better and better together and are coming off a stomping of Golden Guardians’ bot lane.