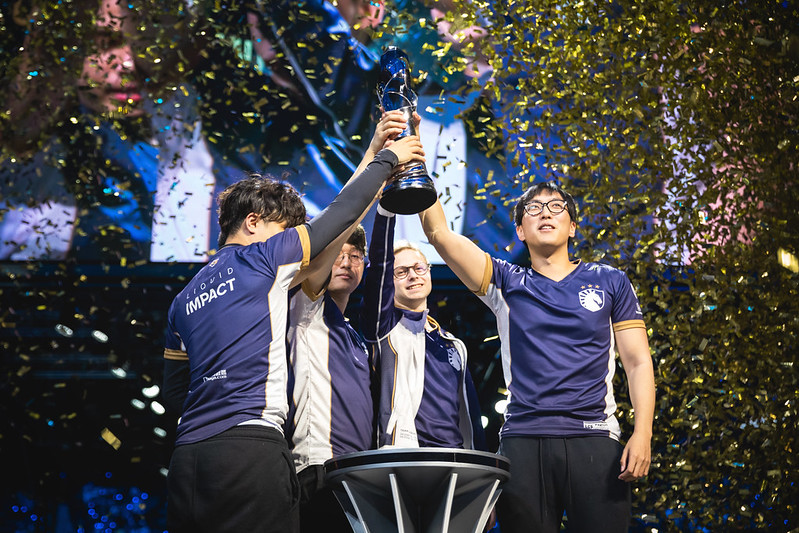 The opening week of the 2020 League of Legends Championship Series (LCS) is fast approaching. Dignitas, Evil Geniuses, and Immortals have joined the league this off season and will fight with the seven returning teams for North America’s LCS title. We look at the notable roster changes on each team and where they stack up to the rest of the LCS heading into the new year.

The reigning four-time LCS champions come into 2020 as the favorites to take it all yet again. Their roster is mostly the same as last year. The one change that has been made, cutting Jake “Xmithie” Puchero for Mads “Broxah” Brock-Pedersen in the jungle , is likely an upgrade in a vacuum.

However, removing a piece that has been part of your success for two years could have some immediate effects. Team Liquid will have to re-establish synergy with their new jungler, and the recent Visa issues preventing practice together will do harm there. Despite this, Liquid is still talented enough to dominate the entire league. Once they get going, they’ll be hard to stop.

Failure to qualify for the World Championship is unacceptable for TSM, so it was no surprise they decided to shake their roster up in a major way heading into 2020. TSM kept their solo lanes in tact but made changes everywhere else, adding jungler Joshua “Hartnett” Dardoch, bot laner Kasper “Kobbe” Kobberup, and support Vincent “Biofrost” Wang.

It’s easy to pick apart TSM for changing their roster every year, but these moves are all an upgrade on paper. Signing Dardoch is by far the riskiest move, given his history, but that’s a chance TSM are willing to take after they cycled through three junglers in 2019 alone. This is as talented of a roster as there is in the LCS, TL included.

Counter Logic Gaming is coming off of their best LCS Split since 2017. Not only did they place third, they were also one game away from beating Clutch Gaming and going to Worlds. This offseason, CLG have made two roster changes; bringing in Lee “Crown” Min-ho from OpTic and Andy “Smoothie” Ta from TSM.

Their former support Vincent “Biofrost” Wang was known to take a shot calling role in the team, one Smoothie is no stranger to. Crown also received MVP votes last season despite being on a mediocre team. With the support of Raymond “Wiggly” Griffin in the jungle, we could see Crown have another breakout split and help CLG become a consistent powerhouse yet again.

This is not the same Cloud9 we’ve gotten to know over the years. C9 fixture Zachary “Sneaky” Scuderi is out after the team acquired Jesper “Zven” Svenningsen from TSM. So too is 2019 Summer LCS MVP Dennis “Svenskeren” Johnsen, who signed with Evil Geniuses. It was clear that C9 felt they needed upgrades to challenge for another LCS title.

In addition to Zven, C9’s big addition is support Philippe “Vulcan” Laflamme. Vulcan helped guide Clutch Gaming to a 2019 Worlds berth and is thought to be one of the best young supports in the LCS. Finally, the incredibly talented Robert “Blaber” Huang finally gets his chance to step out of Sven’s shadow.

This season, 100 Thieves are taking us back in time. They’ve brought back the core of their 2018 roster who were LCS Spring 2018 runners-up. William “Meteos” Hartman and Cody “Cody Sun” Sun have returned to the team. In addition, William “Stunt” Chen has moved up from the Academy team to take the main support spot.

This core which includes Kim “Ssumday” Chan-ho in the top lane has an expectedly high base line. All of their players have proved to be proficient or better in their roles. The big question mark will be Oceanic import Tommy “ry0ma” Le in the mid lane. While he doesn’t have much notoriety outside of OCE, 100 Thieves liked what they saw enough to take a chance on him.

In addition to those three, EG acquired imports Daniele “Jiizuke” di Mauro and Bae “Bang” Jun-sik. Though both are coming off down years, they should be among the upper echelon at their positions in the LCS. With the built in jungle-top and jungle-support synergies EG should have, they should be one of the more cohesive rosters in the early going.

Dignitas’ LCS revival consists of a mix of old guard pros and fresh blood. In the solo lane, mid laner Henrik “Froggen” Hansen was the bright spot on a middling Golden Guardians roster and top laner Heo “Huni” Seung-hoon helped Clutch Gaming reach Worlds. However, Jonathan “Grig” Armao and Zaqueri “aphromoo” Black were notable weak spots on their respective rosters. All of these players played on different teams last split, so synergy is a real concern going into Spring.

ADC Johnson “Johnsun” Nguyen is making his LCS debut. Johnsun was on TSM Academy last split and is known as a very strong mechanical player. Being on a team of veterans should be beneficial for his development. In the meantime, DIG could start off looking a bit flat.

FlyQuest kept the majority of their 2019 roster intact. To supplement their core three, they added imports Tristan “PowerOfEvil” Schrage and Lee “IgNar” Dong-geun. Both are also coming off runs with more successful teams but have seen their stock fallen from earlier heights in their careers.

FlyQuest struggled mightily in Sumer Split 2019 after a good run in the Spring, but the foundation for a good team is still there. Omran “V1per” Shoura will need to take a step forward to become an elite NA top laner for FQ to have playoff success.

The highly anticipated return of Immortals to LCS is marked with a much less exciting roster. While Jake “Xmithie” Puchero is a good starting point, Paul “sOAZ” Boyer and Nickolas “Hakuho” Surgent are coming off of nineth and 10th place finishes in LEC and LCS respectively last split. Johnny “Altec” Ru is making his LCS return after not finding a team a year ago. Lastly, Jérémy “Eika” Valdenaire is getting his first LCS start since EU Spring 2016.

In terms of total years playing professional League of Legends, Immortals are near the top of the league. The problem is, that most of them are coming into the season under the perception that they are past their prime. Unless this team can show that they still belong in the LCS, Immortals could fall to the bottom.

The Golden Guardians are putting their faith in North American talent. That may seem weird to say of a team with two imports, but they’re the only team to start a “true” North American mid laner in Greyson “Goldenglue” Gilmer. They are also confident enough in Yuri “Keith” Jew’s mechanical talent to move him to support alongside Victor “FBI” Huang.

Can “Closer” Çelik joins from the TCL to replace Juan “Contractz” Garcia at jungle. Outside of Kevin “Hauntzer” Yarnell, though, GGS feature zero LCS-proven talent and are a mystery team heading into 2020.

The 2020 LCS Spring Split begins on Saturday, January 25th at 5 p.m. EST and games will take place on Saturdays, Sundays, and Mondays. Two LCS blue bloods in Cloud9 and reigning LCS champion Team Liquid will open up the action on day one.